Since last year’s arrest of the CEO of LEO- Andersson is held in Pakistan. Adding to the injury, LEO’s Co-founder- Atif Kamran launched a complaint against the company. The basis of his complaint is discriminations. As per the complaint-

(Andersson was) “issuing more LEP coins in the members back office as a liability than the actual holding of LEO coins to meet the liability.” 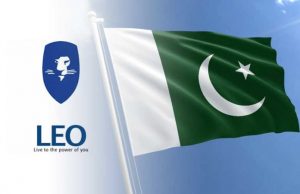 Andersson’s bail application showed that the writ was filed on 11th July last year. The matter was heard by the court and was adjourned in the following month. As per the reports from Bitcoinexchangeguide.com, the case was titled- ‘Dan Gunnar Bjarne Anderson- VS- NAB.’ This case was filed in the Punjab province of the country. The NAB (probably the acronym to an organization) website states that it is–

“Pakistan’s apex anti-corruption organization. It is charged with the responsibility of elimination of corruption through a holistic approach of awareness, prevention, and enforcement.”

The company LEO has not seen a long shelf life as yet. It released its crypto coin back in 2015. The coin became tradable in 2017. The investors of the coin were encouraged to invest in the coin through the platform’s internal exchange. Users were also allowed to withdraw their coins in case they wish so.

(He acted) “in the public interest as the respondent’s shareholders were at risk of being adversely affected by the potential accounting errors and or misappropriation of funds. […] Mr. Andersson and another were failing to comply with their statutory duty, fiduciary duties and obligations, and possibly that a criminal offense had been committed.”

Also since August 2016, the company has been missing a hefty amount of 300K GBP. Soon in a time span of a few months this amount rose to 4000K GBP. This made the executives of the company complain to Andersson. To this, in January 2017, Andersson issued an email that nullified all the complaints and issue that were raised in the complaints by the company’s executives. This followed by a threat to Kamran from Andersson with another lawsuit, made the scenario more complex.

As they say, the reality is stranger than fiction; the scenario also turned out to be more surprising when despite the complexity, Kamran chose to fight nevertheless. His attempts earned him the opportunity from the court for a hearing. Kamran backed his response with evidence and testified for the case. As a result, The Employment Tribunal sided with Kamran. The Employment Tribunal also warned him 1916 GBP and another 500 FBP for loss of stator rights, as per the reports from bitcoinexchange.com.

Although Andersson has not managed to leave the country since his arrest in August last year, he has managed to stir the case further by filing a lawsuit against Kamran in Canada. The lawsuit is based on financial impropriety.

Investment On Cardano May Not Be Benefitting

Dogecoin Can Be A profitable Long Term Investment