Let’s discover what Unobtanium or UNO cryptocurrency is and how you can purchase it.

Similar to its namesake, UNO targets to be a rare digital currency. There are restricted numbers of Unobtanium coins out there which are accessible for mining. With an absence of ICOs or premine activity, the coin follows an unbiased allocation model. Staying true to its distinct feature of shortage, Unobtanium coin’s maximum coin capitalization is just 250,000.

Launched on 18th October 2013, UNO is a division of the blockchain technology BTC. Founded by BLAZR2, pseudonym of Unobtanium’s founder, this digital currency had an entirely neutral launch as there were no ICOs held and no coins were premined. Bryce Weiner is the lead developer of Unobtanium.

The significant advantages of Unobtanium lie in its unique features and advanced technology.

Now, let’s take a brief overview of its features –

In addition, it is also possible to mine UNO coins. You can browse through UNO’s website to discover a listing of its mining pools and clients.

Along with that, you can also download UNO wallet from the website. Because UNO is BTC-based, you can also utilize any wallet supporting more than one coins like Coinomi or even hardware wallet, for instance, Ledger Nano S.

To choose the best UNO deal for you at the right time, you can use CoinSwitch. The biggest digital currency exchange offers you current UNO prices on different crypto platforms which you can easily compare. Not just that, it also allows you to choose from 45,000 pairs and 140 coins of digital assets to go with your coin. The best thing of using CoinSwitch is that you don’t need the crypto exchange’s dedicated UNO wallet to store your Unobtanium currency. All the transactions can seamlessly be carried out from your wallets.

Should You Consider Investing in UNO?

As the Unobtanium is a scarce cryptocurrency, its prices are higher than other altcoins and will continue to be so even in the future. But its unique, rare nature definitely makes it a fascinating investment option and appeals to all those who are looking to invest for a longer term rather than indulging in regular trading.

BCH vs BTC Debate Tips in Favor of BCH 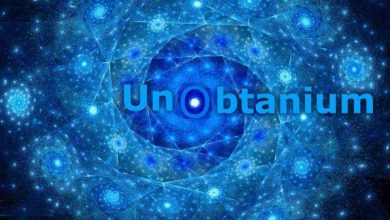