Coinbase, a massive Bitcoin exchange, having its headquarters in San Francisco has raised a whopping fund of $300 million this October. In return, the exchange received a valuation of $8 billion. The CEO and Co-founder, Brian Armstrong has a share worth $1.3 billion in it. It shows that the exchange had a glorious couple of years. 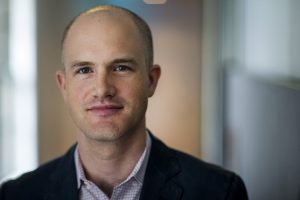 Forbes estimated his wealth between $900 million in January this year. Comparing this value to his current worth, the crypto world seems extremely fruitful.

On this recent addition in its valuation, the firm states that it intends to use these funds to expand their influence, adding support to more fiat and cryptocurrencies.

Notably, the company was established in 2012, and since then it has gained immense recognition. The firm is so inclined towards the crypto economy that it pays bitcoin to its employees. The exchange has a significant number of users amounting over 20 million.

Moreover, the considerable growth of the exchange despite the bearish attitude of the market can be attributed to the constant addition in features, services and most importantly, to the reliability and security it ensures.

Coinbase is an exchange that can provide considerable exposure to those who are impressed by the crypto market and its benefits. Also, the exchange offers a broad range of common deposit options.

Apparently, the exchange had quite a busy year. This summer, it launched four new products naming Coinbase Custody, Coinbase Prime, Coinbase Institutional Coverage Group, and Coinbase Markets. It is also planning to introduce its own Bitcoin ETF, for which they have reportedly consulted BlackRock Inc.

Binance Announces Listing of Circle’s USD Coin on its Platform