AAVE is the most popular decentralized finance and lending protocol that allows users to borrow and lend cryptocurrencies by paying interest rates. AAVE is the native coin of the AAVE protocol. Unlike many other crypto networks, investing in AAVE means buying shares of this AAVE technology company.

It is a leading decentralized finance protocol that will replace banks and other financial institutions in the future. It is an open-source protocol that is built on the ETH blockchain, where users can deposit cryptos into a pool and lend it to someone else in exchange for interest rates. However, the borrowers need to store a decent amount of AAVE coins to borrow the amount. Any middleman or bank does not run it; instead, it is run by smart contracts. The algorithm handles all the deals securely.

The initial version was launched in 2017 and was known as ETHLend. It was created as a P2P lending protocol where users can lend/ borrow cryptos by posting related requests. Later it faced challenges in liquidity and matching loan requests, so it switched to peer-to-smart contract models and rebranded as AAVE in 2019. The latest version was released in 2020. 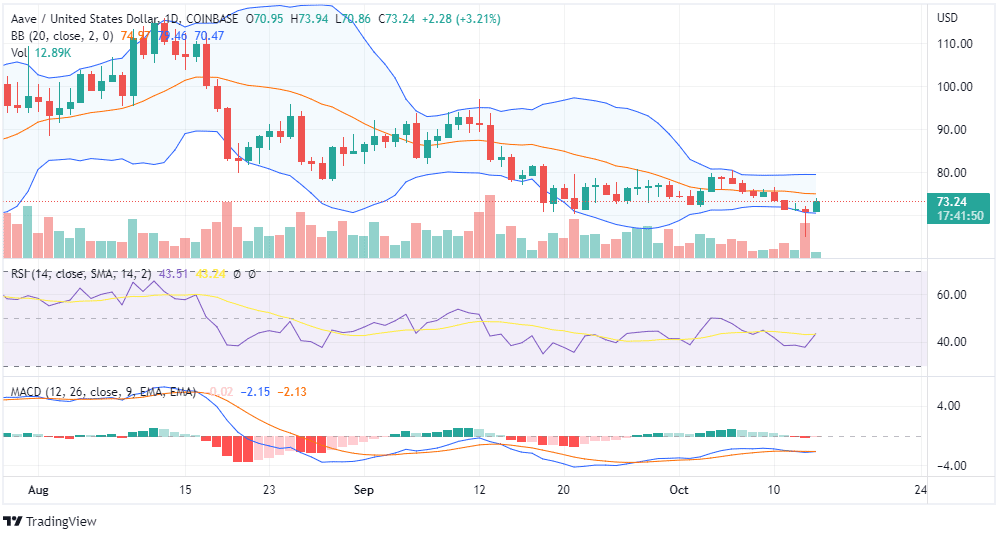 At the time of writing this post, AAVE was trading around $73.24, which has regained the support of $70 after breaking it on October 13, but now it is consolidating between $81 and $71. The candlesticks are forming in the lower Bollinger Bands, and MACD and RSI do not suggest bullishness.

Most technical indicators suggest a sideways movement for the short term, so it is the right time to invest for the short term with a target and a stop loss. Click here to find the most appropriate buying and selling levels based on your investment goals. 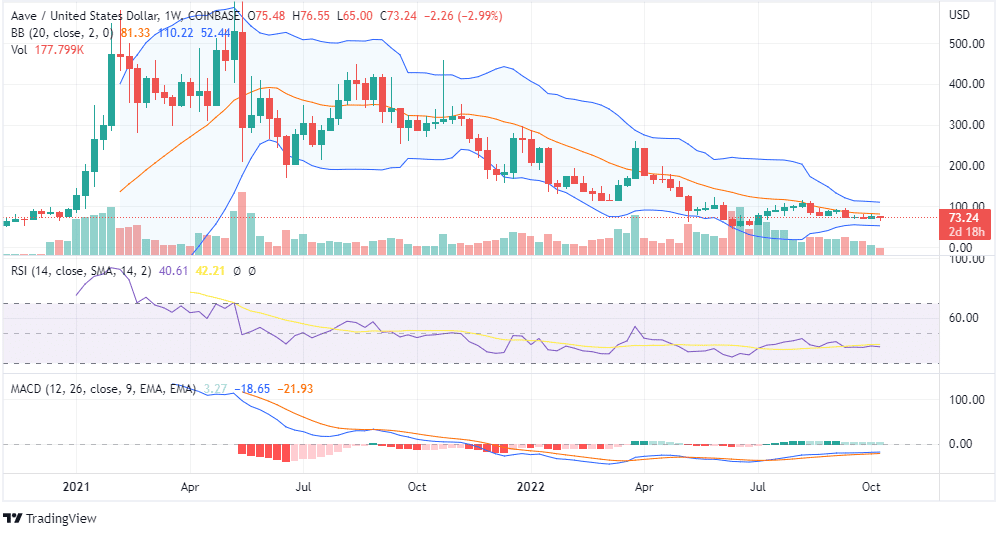 After hitting an all-time high of $666.86, AAVE has been in a downtrend. The candlesticks have been trading in the lower range of the Bollinger Bands for the last year, so we do not think it is an ideal time to invest for the long term because the price of Aave may break the support of $70 for the long-term or consolidate within a range.

If the price breaks the support, the next support level will be around $50, so you can consider buying at that level. Before that, you can add it to your watchlist for short-term investment with a strict stop loss.

Big Eyes Coin enters stage 4 of presale; Ready to take over the market like Avalanche and Nexo 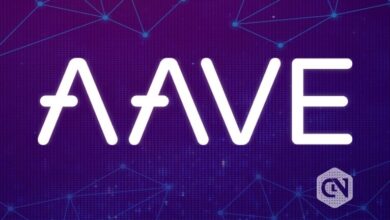 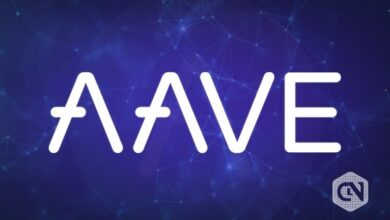 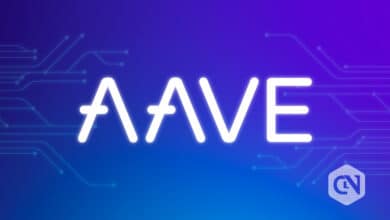 Aave Gains Over 30% in Intraday but Still Appears Bearish