Cardano is a scalable, sustainable, and flexible blockchain platform that is used behind a wide range of decentralized applications, games, and the entertainment industry. ADA is the native coin of this platform which is used to pay transaction fees. Users also buy ADA as an asset. The token can also be used to send or receive payment.

This platform aims to create an eco-friendly, sustainable blockchain platform with Proof of Stake consensus built on the Ouroboros mechanism. It is an energy-intensive process of running a blockchain, which is more sustainable than Bitcoin (currently running on Proof of Work consensus).

With these two layers, it can process millions of transactions within a second, which makes it one of the leading decentralized platforms in the world.

Cardano was launched in September 2017 by Charles Hoskinson, the co-founder of Ethereum, who aims to create a third generation of blockchain based on the technology of Ethereum and Bitcoin. The objective is to create an energy-efficient and scalable smart contract platform that can be utilized in different industries.

Indeed, you can treat ADA as an asset for long-term holding. If you are interested, read our Cardano forecast and technical analysis before investing in ADA. 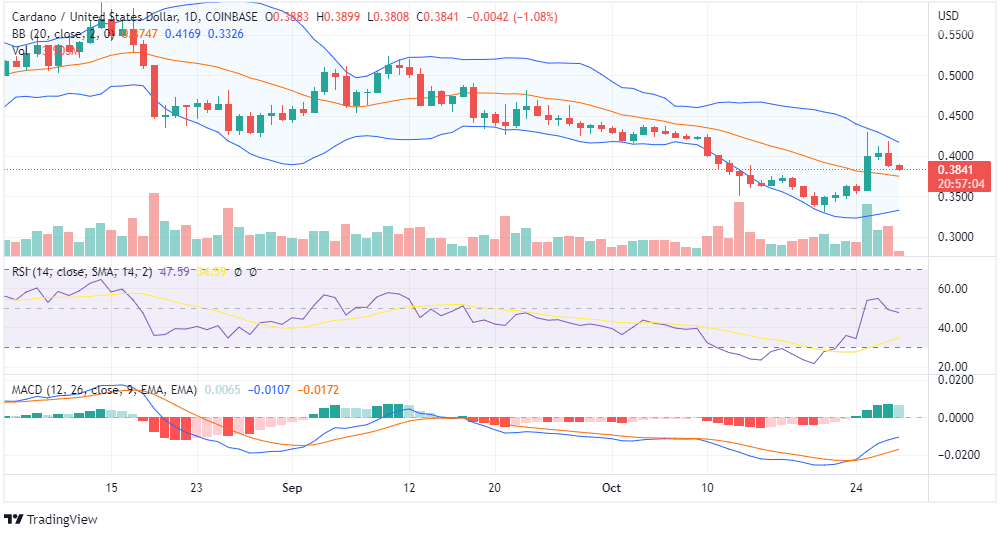 On the short-term chart, $0.43 was strong support, but it broke that level last week. Now Cardano is trading around the level of $0.38 after taking support around $0.33. The previous support level will work as a resistance, and the price may soon break the new support of $0.33.

We do not think it is an ideal time to invest in ADA for the short term, but candles are forming in the upper range of the Bollinger Bands, and MACD suggests bullishness. The price has broken the previous support level, so ADA is under the bear’s grip. 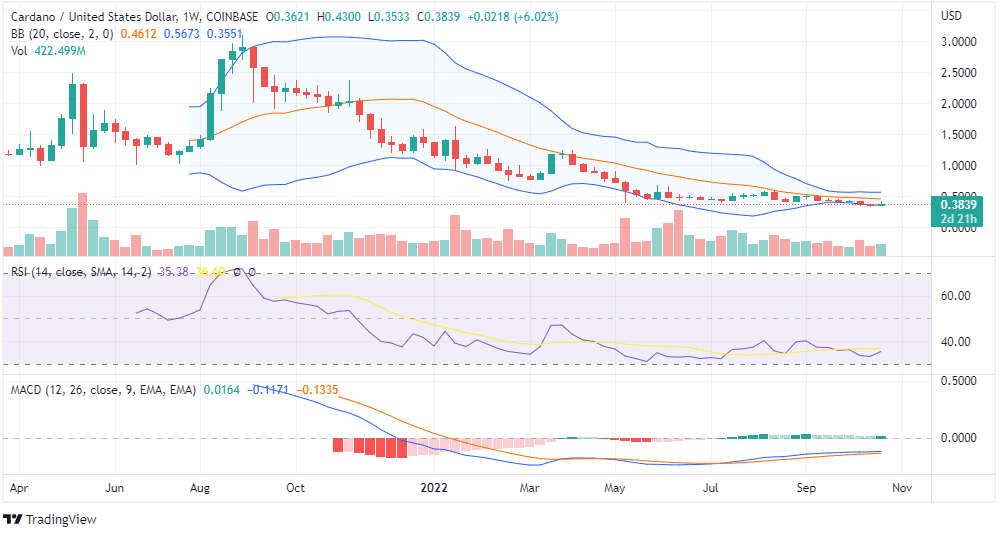 Even on the weekly chart, Cardano has been forming lower highs and lower lows, breaking the previous support level. Though this week ADA has formed a green candle, we do not think it is an ideal time to invest even for the long term because Cardano might observe further outflows that will keep the price down for the long term.

Crypto.com collaborates with a story after signing MoU for NFTs 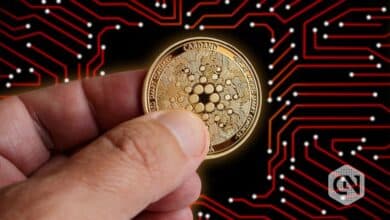 Cardano continues its bearish run; More pain for ADA in the future!