Aion (AION) announced that on November 14, it is going to be listed on Atomars with the trading pair of AION/BTC and AION/ETH.

Aion, a Canadian 3rd generation blockchain platform, strives to bring interoperability across all blockchains, regardless of it being public or private. This feature is achieved by creating a “token bridge” through which tokens from other chains move uninterrupted and seamlessly across all Aion-compliant chains.

The company plans to design a blockchain with high scalability, leading to quicker processing of transactions along with higher data transmission capacity and the capacity to modify blockchains of public and private entities.

Aion, unlike most smart contracts, in which the tokens are preserved, destroys tokens the moment they move from one chain to the other. This ensures that at a given point of time, there is only one active token in the system. This is done using the Aion Token Bridge, which transacts Aion ERC-20 tokens on to the Ethereum network.

Nuco, the company credited for the formation of Aion, is now managed by Aion Foundation, which is a nonprofit organization. Aion was established when Nuco was developing a blockchain network for Deloitte. Nuco is an enterprise software firm specializing in the development of integrated, scalable and secure blockchain solutions for structured markets.

CEO of Aion, Matthew Spoke, is part of the board of directors in Ethereum Enterprise Alliance. He along with other proficient and knowledgeable members, found an opportunity through Aion to find a solution to the problem of blockchain Interoperability that was afflicting the crypto industry.

Atomars is a digital currency trading platform that is new in the cryptocurrency marketplace. It aims to bridge the gap between fiat money and cryptocurrencies. This platform is quick, secure, and user-friendly to make trading easy for everyone. All the major cryptocurrencies like Bitcoin, Ethereum, USDT, Litecoin and more are traded on the platform at the moment.

Ripple Gears up to Reverse the Downtrend; Targets $0.30 Price Mark

Venezuela to Pay Taxes and Financial Services Through Petro Cryptocurrency 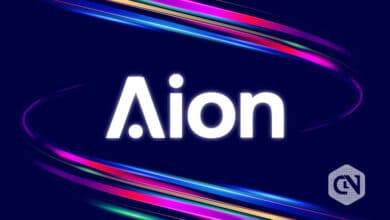 Aion Appears Completely Bearish Over the Past 30 Days