Is amazon going to enter the crypto industry?

QLDB was adopted to facilitate the customers with an easier and secure transaction process. The second one was the Blockchain managed by Amazon Web Services (AWS). This provision allowed the clientele to create and manage their blockchains within the network using Ethereum or Hyperledger platforms.

It was an indication that the company is considering to join the crypto-mainstream by adopting blockchain technology.

A couple of months before the launch of these products, as part of the expansion plans, a survey had been conducted then by a global financial portal Investing.com to study the preferences of the Amazon customers. The survey included 1000 customers and asked which hypothetical services and offerings the customers prefer from Amazon as part of its expansion plans.

About 12.7 % of customers showed an inclination for crypto products. Though the number was not very remarkable, it certainly showed the interest of customers in the cryptocurrency-related products.

Since then, rumors and speculations were clouding around Amazon about its interest in crypto-based services. Some of the speculations claimed that Amazon eventually has started to accept Bitcoin as a payment source. However, the claims have consistently been denied by Amazon.

Reportedly, Amazon bought its very first domain name amazonbitcoin.com, three years back, but was feeling cold feet to use the cryptocurrency due to its volatile nature.

However, with this latest move, it is clear that the company wants to validate itself in cryptocurrency space either by integrating cryptocurrencies as a payment option or by introducing its crypto coin for transactions. One of the possibilities is that it may only provide a brokerage service for cryptocurrencies on its retail site without accepting the crypto payments.

Ripple Reflects the Market Plunge; Forms a Low Swing near $0.27 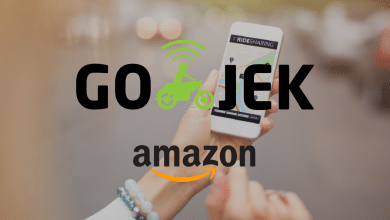