AdLedger, a Blockchain based consortium has now tabled the name of a leading American chocolate manufacturing company Hershey, the report announced on March 26 states.

Some of the companies along with Hershey who have joined the AdLedger are Publicis Media of the French media group, and The Global Audience based Buying Conference and Consultancy (GABBCON). AdLedger is a non-profit organization that promotes the use of blockchain and digital advertising standards. The non-profit organization was founded in 2018, by IBM, Tegna and blockchain firm MadHive. It is a blockchain consortium that builds shared ledger technologies for digital advertising market. Tegna and MadHive have been including several reputed industry names to its lists such as IPG Reprise Digital, GroupM and Omnicom.

Hershey will be involved in advertising and will also be involved in deploying of blockchain based technologies that could be extended towards the chocolate factories operations, making it easy to trace cacao from bean to bar, Vinny Rinaldi who is the head of addressable media and technology of Hershey Company said. Further, she mentioned that there will be a massive change in the way we think by deploying blockchain technology.

There are twofold advantages of the board, one is to collect the responses from their respected stakeholders and players and other at the same time approaching towards the wider digital advertising ecosystem by signaling that blockchain is much bigger than a buzzword. 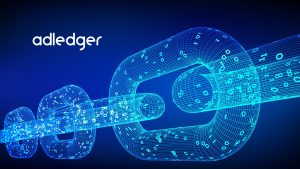 As per the reports of August 2018, it mentions that there is a lack of data transparency and processes in the advertising industry. Blockchain can be able to handle these issues by making a lot of information accessible to each and every person within the ecosystem mostly on how publishers validate their tariff and the processes, the advertising agencies and other agents follow so as to guarantee that they work with the validated traffic with the publishers.

Meanwhile, the new board member who heads the digital investment and standards of Publicis Media, Yale Cohen said that, the agency looks over AdLedger as a means to develop industry in large standards in its earlier days for blockchain and also finding out how it will be used to create trust within the digital advertising by reducing scam in the marketplace.

There are dozens of people who are dedicated to working on blockchain solutions for advertising across the agency. He added that there are numerous questions and a lot of confusions over what blockchain can do and cannot.

In the previous year, IBM along with Salon Media had demonstrated a proof-of-concept blockchain product which was named as The Campaign Reconciliation Project that was developed by AdLedger. This product is going to reduce the intermediaries between the publishers, consumers and advertisers.

Yale Cohen said that the Blockchain still remains the brilliant object in the room and he believes that the ability to solve the various solutions will help to take the conversation forward.