In a development that would come as a source of embarrassment for the political establishment in the United States, a Congressman from New York has had to resign over a penny stock insider trading scandal. Chris Collins, who is a Congressman from New York, has resigned after he passed on market-sensitive information to his son. The information was about the Australian biotech firm, Innate Immunotherapeutics Ltd.  It should be noted that Collins had a 16.8% stake in the company in question and was also a member of its board. The company had been listed on the Australian Stock Exchange.

According to reports, the prosecutors in the insider trading case revealed that in June last year, Collins had been sent a confidential e-mail by the Chief Executive Officer of Immunotherapeutics. The e-mail stated that the multiple sclerosis product that the company had been developing had failed in one of the critical trials. Such developments usually lead to massive selloffs in biotech and pharma stocks. Collins had received the information ahead of the clinical trial results going public and hence, had to keep it to himself. However, it has emerged that the Congressman actually passed on the information to his son, who happens to hold a large chunk of Immunotherapeutics stock as well.

However, his son Cameron Collins did not keep it to himself either and passed on the information to others so that they could sell before the inevitable fall in the stock price. When the results from the failed clinical trial were eventually published, the stock plunged and went down by as much as 92%. The premature sale of the stock led to the avoidance of massive losses. Prosecutors claim that Cameron Collins and his acolytes managed to avoid as much as $768,000 in losses for having acted on the insider information passed on by the Congressman.

The Congressman had been fighting off allegations with regards to insider trading for around two years and, in fact, he won the midterm polls that took place in November as well. However, it seems that there is a watertight case against him and he decided to resign on Monday out of the blue. It has also emerged that Chris Collins is going to plead guilty with regards to insider trading charges at a court in Manhattan.

Cardano Price Falls Under Selling Pressure After a Marvelous Opening 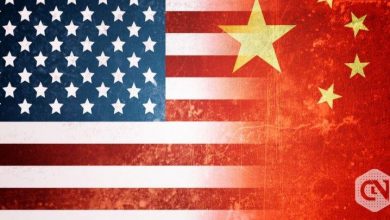