Blockchain was developed for added utility and convenience over complications. AMP-enabled payment firms like Flexa and others utilize the new age technologies to solve many problems. AMP is just a digital network that connects to all hardware and software points of sale online using Flexa.

It’s just a web that allows payments to go to merchants. Wallets can connect to Flexa and pay with the assets listed on its payment mode. AMP brings its collateral mechanism to allow all the wallets to participate in the network itself.

In such a scenario, AMP showcases a strong presence and growth potential. Despite its huge market loss, it carries a market capitalization of $479,239,312, with 46% of AMP tokens in circulation currently valued at $0.0114.

AMP has plunged a decimal place marking a significant decline in its valuation, raising severe eyebrows about its sustainability and continued growth to market real-time profits. There has been some support near its fresh low levels. Still, AMP value is just a means to project the value of digital collateralization, which requires a spike in digital transactions using unliquidated assets. 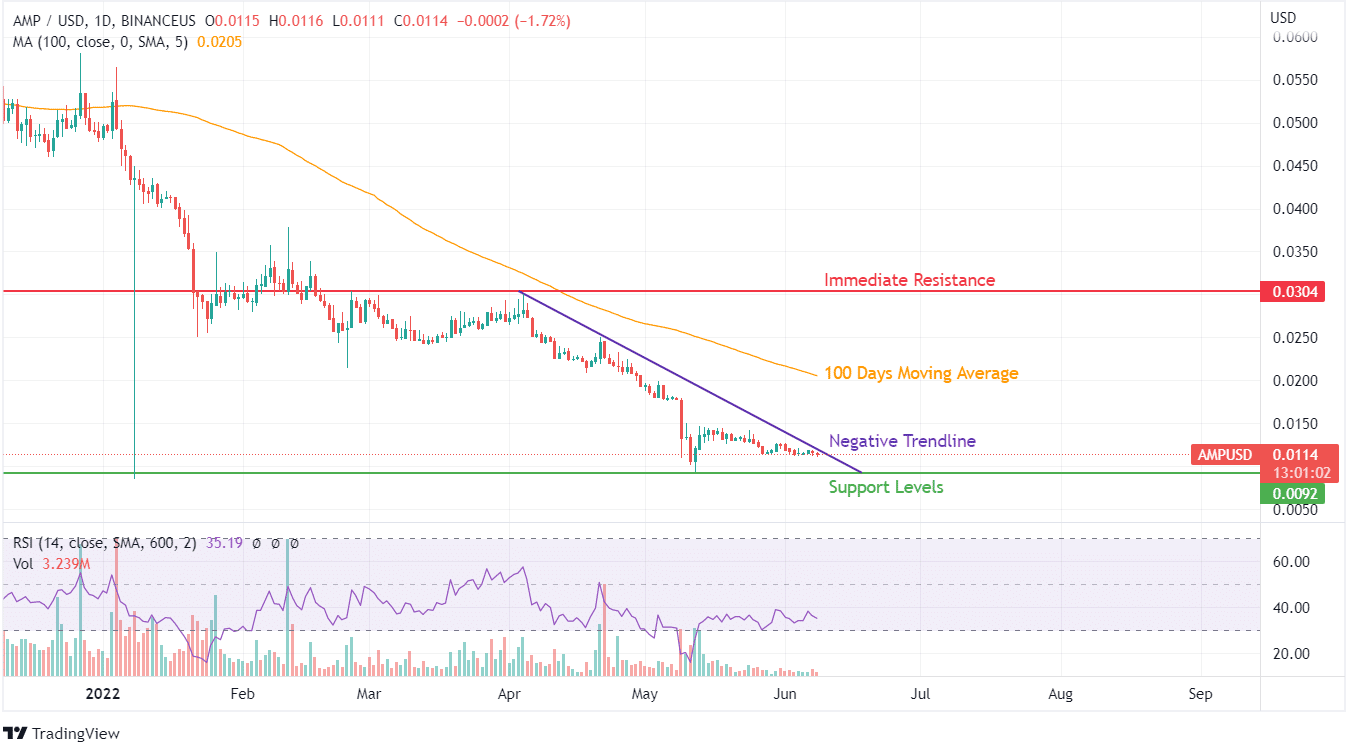 The significant decline in April and May has been a testament to decreasing transactions on digital assets using collateralized methods. Traders should not move ahead with a lot of caution during such a volatile period, and must read detailed AMP price predictions and identify futuristic potential.

The rise in transactions and a decline in collateralization completion time can be the only way to make progress in AMP’s price. AMP has been sustaining the onslaught for a month, halting the decline. However, it may be difficult to hold this level for a long time. Either the price would elevate to $0.03 or tumble down below the recent lows of $0.0092.

RSI indicates barely any movement in buying sentiment, which is confirmed by its relatively lower transaction volumes and price trend. Hence, buyers should wait for positive indications to rise before acquiring this coin because it is trading at a discounted value to its fresh highs.

Is It Right Time to Buy ETH Amid Advancement of Ethereum Ropsten?

The CandyDEX Token Is Ready To Hit the Moon. Big Whales Hold More than 23% of "CANDYDEX" Tokens