AMP token offers something unique and new, a form of collateralizing token that comes with verifiability and assurance for any sort of funds transfer. It provides a special form of collateral partitions and managers, introducing a concept of predefined strategies under which tokens can be staked without even leaving their original address.

This cryptocurrency is currently valued at $2.46 billion, with a net in circulation token adding up to a total of 42%. The difficulty here is to sustain its higher price action.

AMP token shows a breakout after taking support from $0.0409 levels. This breakout, however, failed to sustain the higher levels, and hence AMP coin can be seen falling to the lower levels. There seems to be immediate support around $0.05888, but it will be difficult to track the potential up move from this level. Since AMP token has been on a downwards trajectory after getting rejection at the higher level of $0.0850. 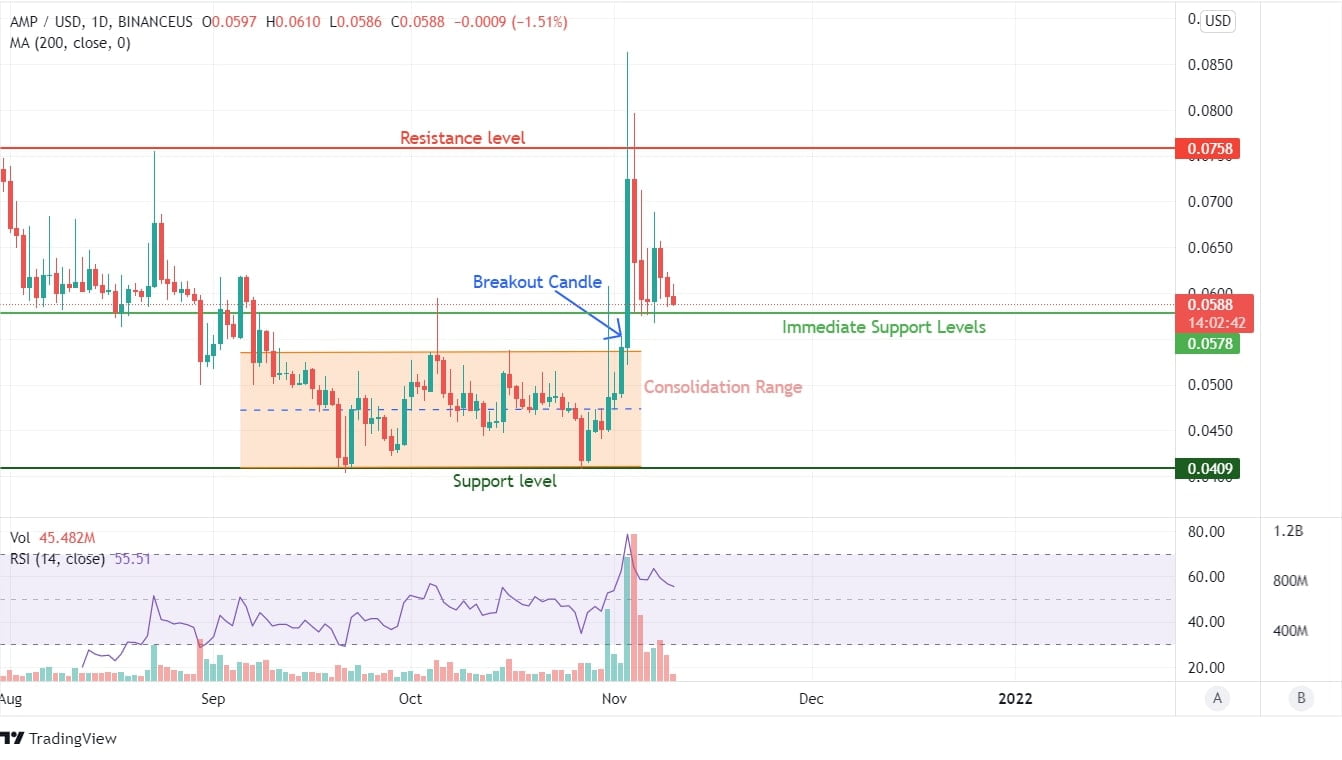 AMP coin has been mum since the crash of May 2021, but before that, it rose to prominence with a strong move of close to 800% because of its value-added service of exchanging asset-based use cases. As compared to its value in October of 2020, the token is trading high at $0.059. This trajectory has remained in a narrow trading zone, which prompts a breakout expectation.

This expectation was fulfilled in the very first week of November 2021, but because of higher profit booking activity, the higher value couldn’t be sustained. This price momentum highlights the critical aspect of AMP token, which is the profit booking intention of holders. As long as the $0.059 immediate support level remains active, there is no cause of worry, but breaking this level can again push back the gains to $0.04 levels as per the AMP forecast.

Considering the price action on AMP tokens so far, we can easily ascertain the fact that its value will be rising only with the rise of volumes. RSI on AMP is moving close to 55 level, which indicates a mildly positive stance, but since it fell from a level of 80, it’s more likely a profit booking stance. Volumes have again taken to dust, the use of AMP tokens will rise with higher staking and the rising smart contract economy. Hence it makes for a useful and valuable asset.