The Flexa payments network developed AMP as a method of collateralizing and verifiable assurances that would allow other payments networks such as Flexa to secure transactions before working on them. This process enables more secure smart contracts and allows for consistent growth. AMP has lost a significant market capitalization, now having a value above $352 million despite just 42% of tokens under regular circulations.

The issues brought forth by SEC projects AMP as security, and since they are accused of insider trading, the token has been delisted by a majority of exchanges. Outlook turns out to be negative in the short term, but the long-term outlook is fairly positive as it holds tremendous gains compared to 2020 lows.

AMP token has witnessed a groundbreaking realization that is going to negatively affect AMP price action. The outlook since a decline in May 2022 has remained negative, with prices not being able to break out of consolidation and a negative trend line. Each breakout attempt is taken as an opportunity to book profits and reduce holdings. 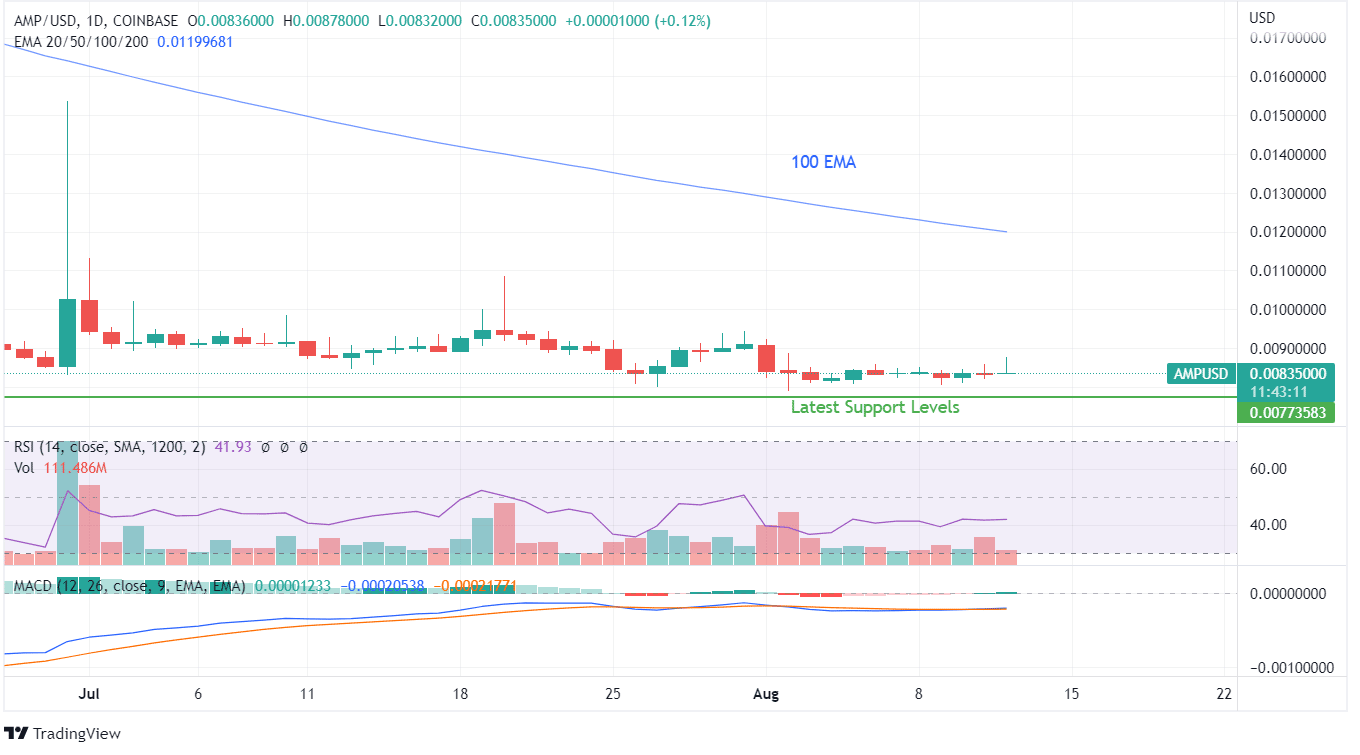 Since hitting its recent lows in June 2022, the AMP token has improved its buying sentiment indicator as RSI has now entered neutral territory. Similarly, the MACD indicator is moving towards the positive axis with a bullish crossover caused by a decent price gain in three days. Besides these latest price actions, AMP has been a total loss for buyers who took advantage of dips to make entry and hold.

With price action moving in a negative consolidation, hitting fresh lows with each week, the outlook doesn’t seem positive in the short run. Transactional volumes have been quite low, which is hitting the token even harder, but news of the SEC list of insider trading can be disastrous for the holders of AMP tokens. The outlook has turned highly negative, and one should treat this token as a gamble with the news and prospect rotating around AMP. Should you sell all your AMP holdings in such a situation? Click here to find the answer! 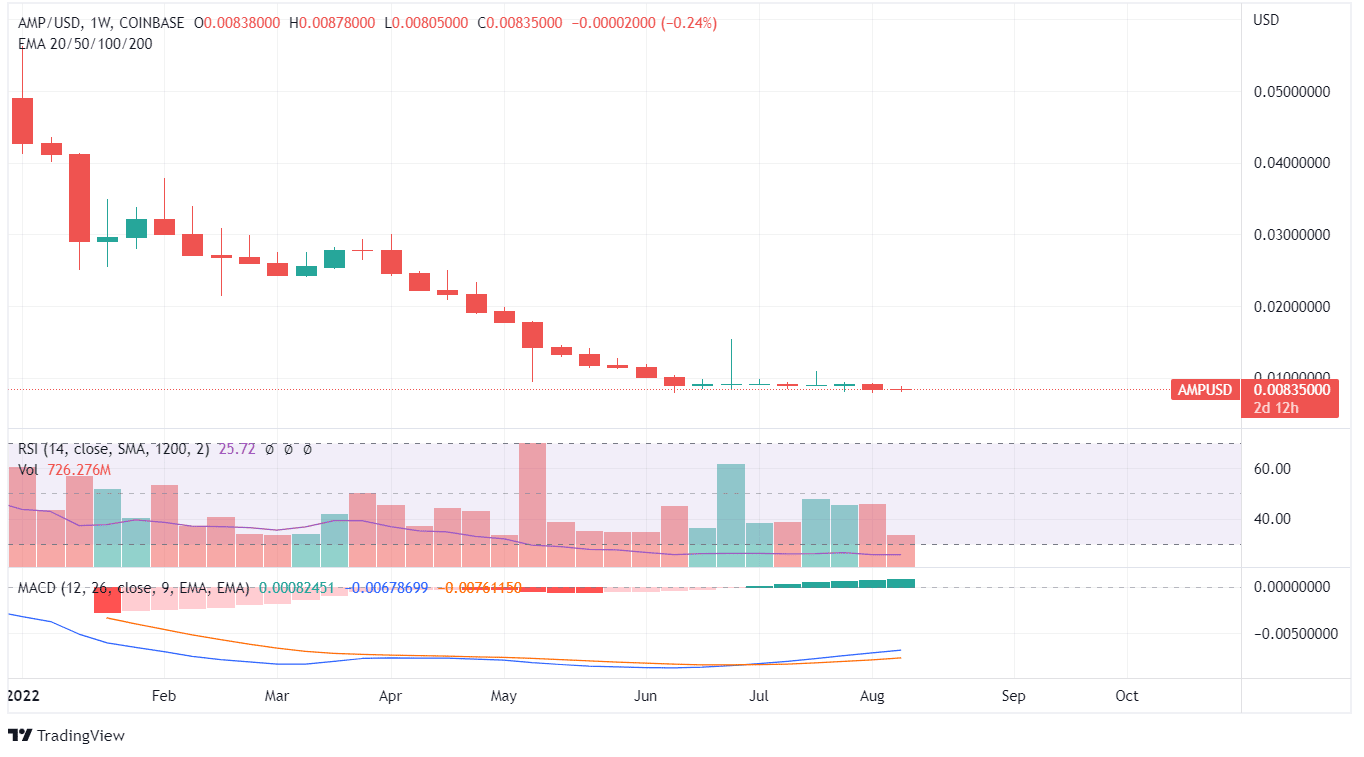 On weekly charts, AMP is moving in a negative trend hitting new lows that can be disastrous for its designated growth. The indicator shows bullish crossover, but the buying sentiment is negative, which indicates buyers are taking advantage of current values.

Ethereum Classic on a Bull Ride; Will ETC Continue Its Rally?