Ardor is a blockchain-as-a-service (BaaS) platform that offers the development of blockchain to the organizations and individuals globally. The parent company, Jelurida, is responsible for Ardor and NXT blockchain platforms. Ardor has provisions for businesses to set up a blockchain without coding. It also has a unique feature that follows parent-child chain architecture where the companies can form a child chain to a parent chain and use its security features. Ardor is built on a commonly-used Java programming language; hence, working on its platform is relatively easier.

Ardor’s framework includes main features – like offering Blockchain as a service (BaaS), Managing block size which separates transactions and data security, decentralized asset exchange which helps in communication between the parent chain and child chains across network, decentralized coting and governing systems and phased transactions by using multiple parameters to complete an operation. Jelurida is the company that holds the Ardor platform, and ARDR denotes its cryptocurrency. Lesser known cryptocurrency like ARDR cannot be purchased with fiat currencies. Then can be exchanged with other cryptocurrencies like Bitcoin or Ethereum. 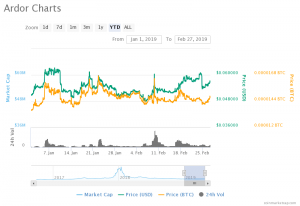 Based on the analysis from CoinMarketCap, Ardor is ranked 71 in the crypto market and the corresponding MCap value on February 27 at 10:29 UTC for the 24h volume of $848,797is $56,660,125, which is relatively higher by 17.90% from the value of USD 48,057,225 as on February 06. The price of USD for the current MCap value of this cryptocurrency is $0.056717. The market cap value of ARDR has been pacing up and down with major variations. The cryptocurrency’s MCap value has been above 60 million dollars between January 05 and January 10, with the highest value on January 08 of USD 63,185,967. In comparison, the current value has dipped by 10.33 percent. This digital currency is highly volatile with significant variations in both its highs and lows. However, with the increasing values, the market looks uptrend. The current Ardor price is higher than its 20-day Exponential Moving Average. There is a growth of 13.21 percent from the past MCap value of 50,048,246 on February 07 at 22:34 UTC, which gives the bulls an upper hand.

The price of ARDR/USD is $0.056717, and that of ARDR/BTC is 0.00001472 on February 27 at 10:29 UTC. Based on the analysis by Coinmarkcap, the data about the trading moment of price and Market Cap value has been deducted. The reports show that the MCap/USD pair has taken the lead, followed by the price of BTC, from the beginning of January 2019. The cryptocurrency’s market has been so stable that the variation in price has not affected the trend. The price of USD was at a peak with the MCap value on January 08 with values $63,185,967 USD and $0.063249 respectively. The prices then started deteriorating. However, the price of BTC touched the peak on January 22 with the value of 0.00001672, which is 11.96 percent higher than the present day value. The market on the whole with these MCap values and the prices of USD and BTC have been unstable and rough. The cryptocurrency reached its milestone in the recent past between February 16 and February 24, when the price of USD bounced from $0.052331 to $0.060909, with a 16.39% increase in a short span of 8 days.

The 14-day moving average also shows the trend going uphill. There is a hike of 8.94% from the MCap value of $52,011,620 on February 13 at 23:34 UTC. Though the moving averages have been pointing uptrend, their percentage values have been insignificant. But, considering the overall market trend, the values have been moving upward for a major part of the time duration. This gives a brief idea for planning investments on this currency, hence pointing the market balance in favor of the buyers. Investors and traders with long term investment plans are welcome to invest in this cryptocurrency to avail good beneficial returns. 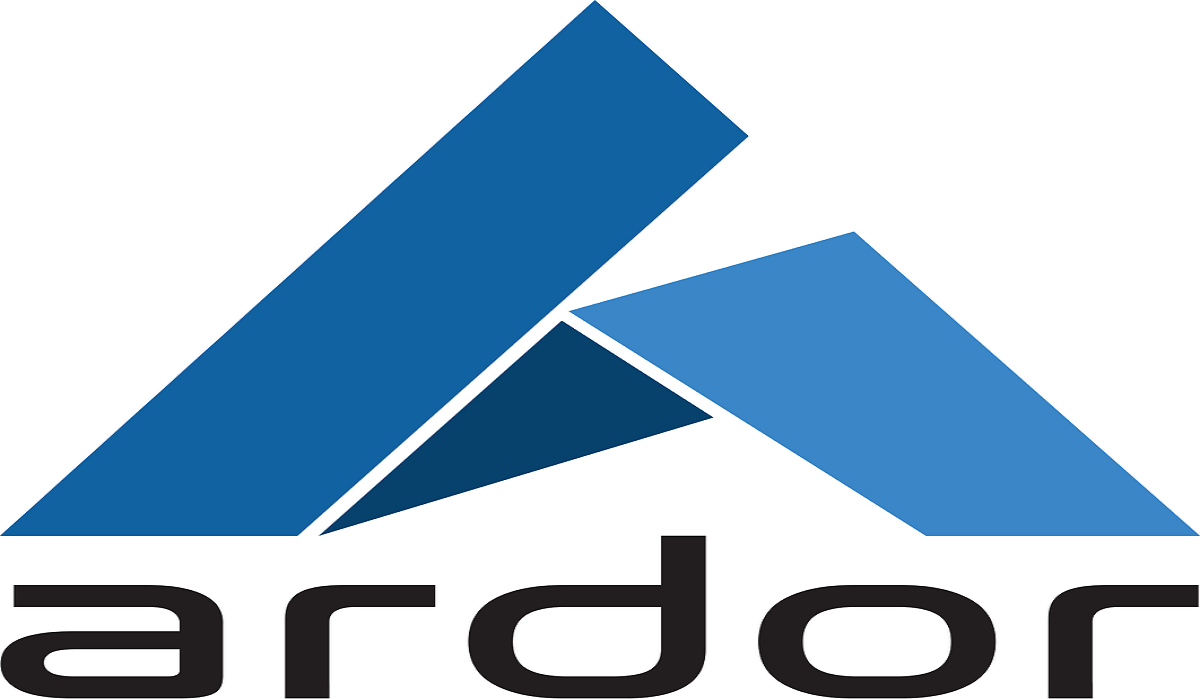