Crypto markets are moving strongly, despite severe criticism for the last year’s collapse. The market grew at 122% in 2018, and the wave seems stronger this year as well.

Amid all the coins, Dogecoin was one of the worst affected once during the preceding year’s bearish trends, as the coin lost almost 75% of its value from January to the year-end. However, like most digital tokens, the situation now seems stable, especially after Bitcoin ended its losing streak of six months in February earlier this year though growth stays sluggish, but stable nonetheless.

Crossing another major feat, Dogecoin is now listed on CoinAll Crypto Exchange, which will further expand the token’s reach. The announcement on was made on Tuesday by CoinAll via its Twitter handle.

Dogecoin is one of the sub $1 coins, which gives it a distinct benefit of mass adoption. At the beginning of this month, Dogecoin also got listed on one of the most famous crypto exchanges, Huobi. Dogecoin is known for its light-hearted approach and was created by Billy Markus from Portland, Oregon and Jackson Palmer from Sydney, Australia. The duo wanted to create a cryptocurrency which would have a much greater appeal than Bitcoin.

The digital coin has indeed become much popular and has found newer enthusiasts for its community. Technology stalwart and Tesla Founder Elon Musk has openly claimed that Dogecoin is his favorite cryptocurrency, which is a big compliment. Earlier in March, the digital coin was featured on the famous YouTube channel, JackFilms. These two events indicate that the coin in getting quite popular among celebrities, which could trigger an adoption trend among general investors.

The coin is also quite active on the philanthropy front, making regular donations for charity. Earlier in the week, Huobi Exchange and Dogecoin teamed up to raise funds for Grateful Dog Rescue, a San Francisco based canine rescue and sheltering organization.

It was reported in early March that Crypto Developers were abandoning Dogecoin and Litecoin, due to the slow development recorded in 2018. However, the trend now seems to be coming back to normal. The digital token is also moving forward in terms of adoption. Last month, ParJar, the Telegram based Instant Crypto Wallet, added Dogecoin in its list of tradable cryptocurrencies.

In recent times, Dogecoin has emerged as a relatively stable altcoin in a market where other tokens are suffering volatility extremely. Experts and cryptoanalysts have time and again opined that Dogecoin could be a potent cryptocurrency for those who are looking for long term investments, which shows how much the coin’s platform has developed since its launch as a “Joke Currency” in December 2013.

Listing on CoinAll and Huobi is a big step forward, and will now enable Dogecoin to penetrate newer markets and investors. The governing body of the digital token is working on improving scalability and adaptability, which would provide further strength for growth and development. 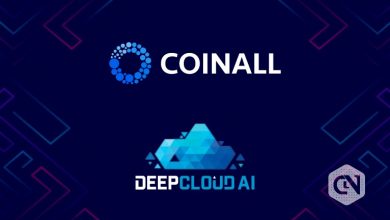 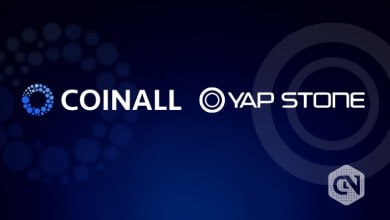