A key issue brought up during the interview was Bitcoin’s image as a polluter. Multiple reports on carbon footprints generated by Bitcoin mining have brought into question whether the social and environmental costs of Bitcoin (and other digital currencies) outweigh their benefits.

Many studies suggest that carbon footprints and GHG emissions of Bitcoin mining could be comparable to those of nation-states like New Zealand, Chile, and Luxembourg.

As sustainability becomes a progressively alarming issue, the considerable energy and power consumption required for the operation of the most security-focused networks in the world (blockchain-powered coins) is a valid concern.

However, Pompliano argued that Bitcoin miners sought the cheapest sources of power – which are renewable sources such as hydro, solar, and wind – as it was more financially lucrative for them.

Approximately 75 percent of Bitcoin miners use renewable and clean power sources for mining purposes today. The only problem they faced was the difficulty involved in storing renewable energy efficiently, but the community was working to solve this.

Pompliano added, “The best part about this is that there is a financial incentive for miners to figure out how to innovate in this space because if they are the leaders, there is a very, very big payoff at the end of it.”

Pompliano further argued that gradually, the hardware in the technology sector was changing. Although the process was admittedly slow, large tech companies are investing and working to introduce more energy-efficient hardware to the market.

Pompliano has predicted that Bitcoin will reach a value of $100,000 by 2021. He contended that as Bitcoin grows and becomes even more profitable, large companies such as battery industries were bound to move into the space and offer their tech to the industry.

He argued that power is best monetized in Bitcoin today. Individuals and industries that generate clean power could use it to mine Bitcoin for a considerable profit – much more than they would earn from selling the energy to the grid.

Ultimately, mining Bitcoin could be more lucrative than the existing power consumption models. Hence, over time, Pompliano predicted that more and more of the more prominent players would enter the sector and innovate to develop tech for efficient storage of renewable energy.

He added that in the future, even players like Elon Musk, who were proprietors of some of the best battery tech in the world, could invest in the space.

Binance CEO, Changpeng Zhao agreed with Pompliano’s arguments. He added that in the end, the energy costs involved in Bitcoin mining are lower than those of securing fiat. If you consider the bigger picture, securing fiat requires a considerable chunk of the global military budget and bank expenses, which were significantly higher than mining costs. 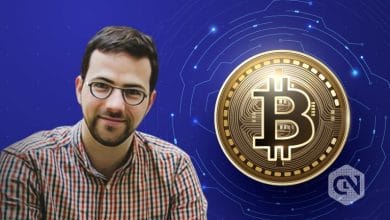