John McAfee, the founder of the antivirus software, was found dead in his prison cell in Barcelona, where he was doing time for the crime of tax evasion. Known for the invention of the first-ever antivirus software application, John McAfee seems to have committed suicide, according to the statement made by the Catalan Justice Department. The Department of Justice of the United States accused McAfee of tax evasion liability incurred over four years. The multi-billion-dollar antivirus software owner was accused of avoiding taxes by converting his giant income into cryptocurrency accounts and bank accounts in the name of nominees. It was alleged that McAfee also hid his assets that included real estate property and a yacht under the names of other people.

In view of the charges, McAfee was put under arrest in Spain right when he was about to board his flight from Spain to Turkey. The National Court of Spain authorized the extradition of McAfee to the US so that he may face the tax evasion charges at the US Court. Even though the entrepreneur of McAfee VirusScan was greatly successful in his life and career, he has always been a part of deadly scandals. He tried to stand in the election as a candidate for the Libertarian Party but was unsuccessful in the 2016 and 2020 presidential campaigns. Owing to his involvement in various scandals, including murder and ownership of dangerous weaponry, McAfee believed himself to be the target of political persecution. However, the courts have declared that there is no evidence of persecution against McAfee.

The visionary and pioneer of the software security industry always held that taxation is illegal and said in a tweet that he hadn’t paid taxes in eight years. Despite his temperamental nature and hot-headedness, McAfee shall always be remembered as a significant figure in the history of computer science.

AfriCrypt Disappears with $3.6 Billion Worth of Bitcoin 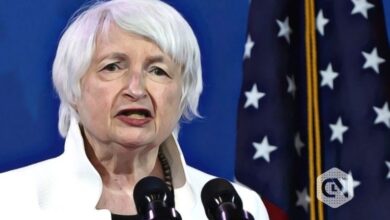