California based multinational telecommunications equipment providing company Qualcomm Inc., has been standing against the Apple Inc. very firmly and is firing shots at it one after another. The company wants to impose an import ban on the iPhone. The company tried to patent Apple’s offerings, but the U.S. International Trade Commission has invalidated its patent demand for a battery-saving feature.

Earlier in the day of the hearing, a separate trade judge stated that Apple violated a different Qualcomm patent and hence a few specific models of iPhones have to be banned. The final verdict on the matter is supposed to be given in the month of July. Both the companies have been in a legal dispute since a couple of years, and there are around 80 cases involved in this dispute.

Qualcomm is wishing to win the case, especially the one wherein an import boycott is demanded by it. California-based Apple has denied the charges related to the patent case and has asserted that Qualcomm is attempting to get rid of its sole U.S.- based contender out of the market. Apples claim that this would hamper the growth and development of the fifth-generation of mobile communications. 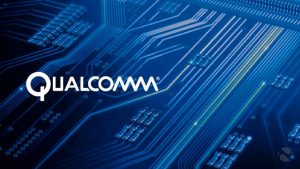 Apple has further demanded that no import ban should be implemented even if the pieces of evidence of patent violation are found. The company said in its statement that it is relieved that ITC has found the charges raised by the Qualcomm baseless and invalid. This would help in assuring that American companies can operate fairly in the market.

Apple said, “Qualcomm is using these cases to distract from having to answer for the real issues, their monopolistic business practices.” However, Qualcomm contended that the exact opposite of what Apple said is true. In the event that it can’t uphold its patent, that will reduce its worth of and give rivals, like China’s Huawei Technologies Co., an opportunity to gain more control in the market.

In the prior case on Tuesday, ITC Judge said she would be suggesting to ban specific iPhone models. This news helped Qualcomm jump high in the market as its value pumped by 2.6 percent in New York. What the final verdict will be is yet to be seen.

How Blockchain Technology can Revolutionize the Art Market