China and Japan share a long and tense history: both nations have been on opposite sides of multiple conflicts in history. Even today, the relationship between the two states remains precarious at best with conflicts such as those related to the South China Sea.

Both countries are constantly competing with each other; the latest race seems to be coming from the crypto sphere.

Last week, a high-ranking Japanese financial regulator and former Minister of the Economy, Trade, and Industry, Akira Amari, stated that Japan should share research and studies exploring the viability of digital currency with G7 member states.

He added that Japan should push the U.S. – Chair for the upcoming G-7 summit in June 2020 – to add Central Bank issued digital currencies (CBDCs) to the meeting’s agenda. 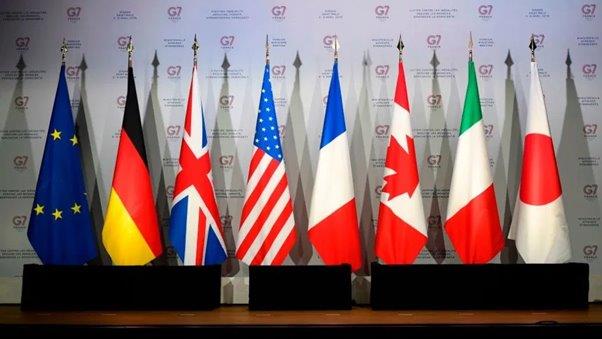 Amari is the head of a group of Liberal Democratic Party (LDP) lawmakers, which is set to present a proposal arguing that Japan should prepare to issue a digital Yen in response to China’s similar move in December last year.

The group comprises of around 70 lawmakers of the LDP who strongly believe that if Japan is to remain at the forefront of crypto and financial technology innovation, it must seriously consider issuing a digital currency of its own.

The initiative, announced by Parliamentary Vice-Minister for Foreign Affairs and a vital member of the group Norihiro Nakayama, is a partnership project between the government and the private sector.

“China is moving toward issuing [a] digital yuan, so we’d like to propose measures to counter such attempts… The first step would be to look into the idea of issuing a digital yen,” he told Reuters.

Last week, the group held its final meeting to finalize its proposal details. The proposal is expected to be presented to the government this month.

After more than five years of research, the People’s Bank of China (PBoC) launched its very own CBDC, the digital Yuan, in December 2019. This became the world’s first pilot CBDC program. The digital Yuan is controlled wholly by the PBoC and backed by government reserves.

Although China was previously exploring the possibility of launching its digital currency, it accelerated the move after Facebook’s hotly debated announcement to introduce its Libra coin. The cryptocurrency project raised questions about whether the money would be controlled by corporations moving ahead. 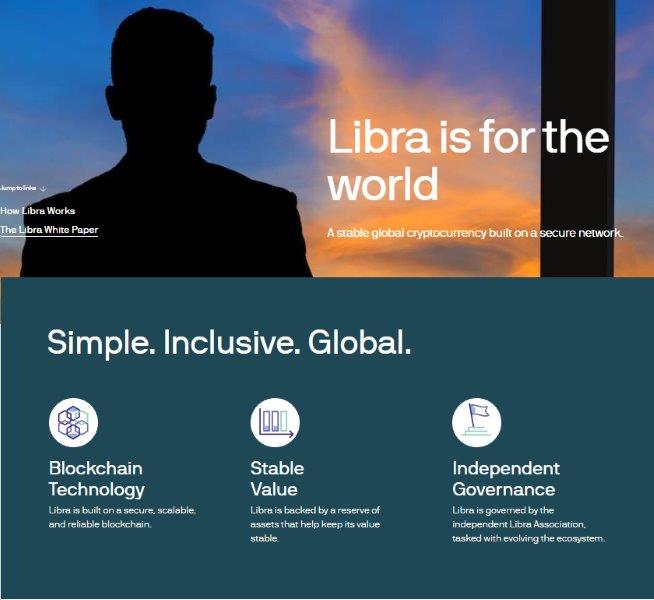 According to Wang Xin, Director of PBoC’s research wing, China feared that Libra could be widely adopted and used for cross-border transactions, thus generating immense influence over monetary policy.

Xin added: “If the digital currency is closely associated with the US dollar, it could create a scenario under which sovereign currencies would coexist with US dollar-centric digital currencies. But there would be in essence one boss, that is the US dollar and the United States. If so, it would bring a series of economic, financial and even international political consequences.”

China’s concern regarding Libra and its close ties with the U.S. dollar (particularly during a U.S.-China trade war) caused it to speed-up its own digital currency project.

Many Chinese tech leaders in their private sector expressed their support in the project. For instance, Huawei CEO Ren Zhengfei said:

Founder of Huawei: China can just issue our own version of Libra. Why should we wait for others to do it? The power of a country is always stronger than that of an Internet company.

About a month after its release, PBoC announced in a press release that it deemed the digital yuan program a success since it was “progressing smoothly.” It added that the Central Bank was strategizing to “steadily advance the development of legal currencies.”

A Threat to the U.S. Dollar Standard?

China’s swift introduction of the digital yuan means that it is now at the forefront of fintech innovation. Its’ strong economy adds credibility to the threat that the Chinese CBDC can pose a grave threat to the U.S. dollar’s hegemony.

For the past 75 years, since the end of World War II and the introduction of the Bretton Woods agreement, the U.S. Dollar is recognized as the international reserve currency. 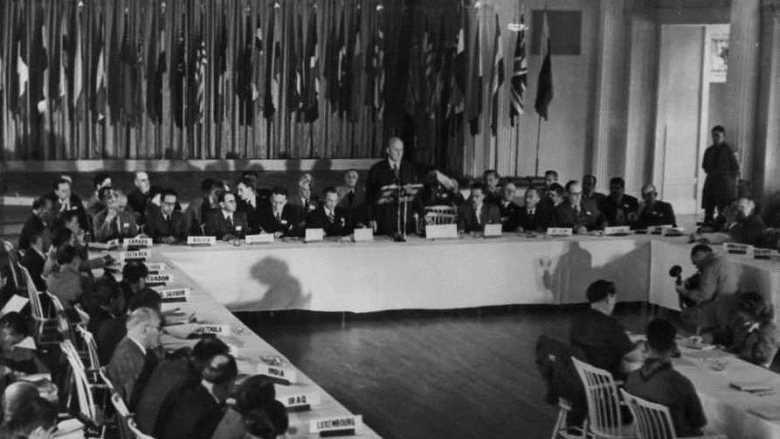 However, as the U.S. gradually declines as a hegemonic power, so does the influence exerted by the U.S. dollar. In fact, many experts believe that the U.S. is a rapidly weakening imperial state, faced with economic and political problems that threaten its global position. 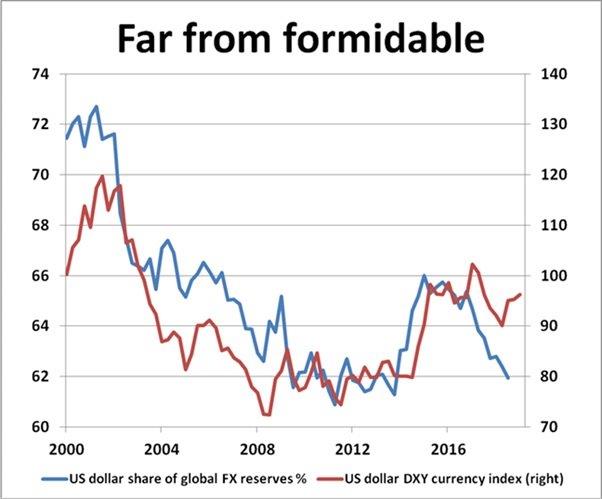 Therefore, it follows that as a rising economic power, China aspires to fill the role that the U.S. played in the 1940s. While dethroning the dollar is no easy feat, as the Yuan grows and evolves with technological innovation, there exist rampant fears that it will replace the USD as the international reserve currency.

Like much of the world, Japan carries out its trade and transactions in U.S. dollars. Therefore, the idea that China’s digital currency could be widely accepted and unseat the world’s economic top dog, the U.S. dollar.

China’s move to introduce a digital yuan has put considerable pressure on Japan. The urgency Tokyo has demonstrated in exploring a CBDC of its own indicates the alarm that it is experiencing over China’s progress in fintech innovation.

Japanese Finance Minister Taro Aso expressed his concern by stating earlier this year that it would be a “very serious problem” if China’s digital currency became widely accepted for settling transactions internationally. 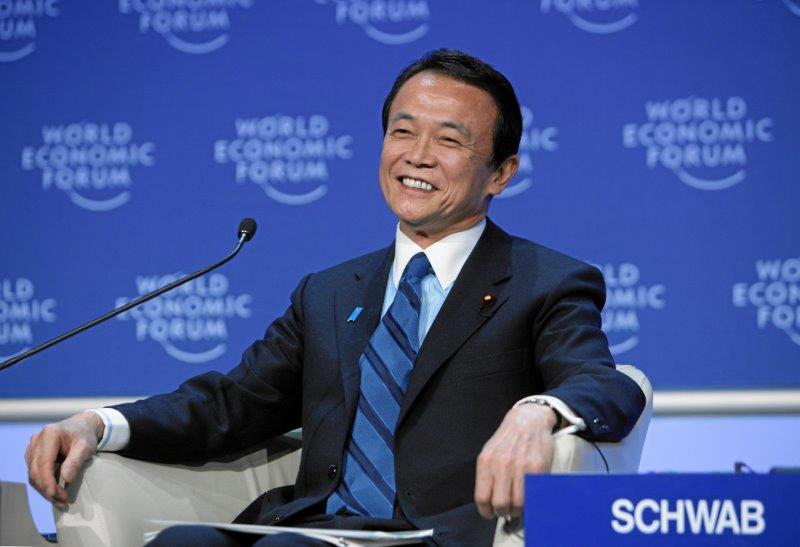 This sentiment is shared by a large number of regulators who feel that China’s growing influence in emerging economies could help foster a widespread acceptance of the digitized money over the USD, thus threatening Japan’s hegemonic dollar-based settlement economy.

“We live in a stable world led by dollar settlement. How should we respond if such a foundation collapses and if (China’s move) gives rise to a struggle for currency supremacy?” Amari said at the last meeting of the group of lawmakers looking into a digital Yen.

Hence, in contrast to previous statements by the Bank of Japan (BoJ), Tokyo is now jumping into a crypto race with Beijing and gearing up to introduce its digitized form of currency – the digital yen.

After the arms race, space race, and the technological race between global superpowers, it looks like China and Japan, two of the world’s largest economies will be competing in a crypto and fintech race to establish their dominance in the field.

It should be noted that while Japanese lawmakers are pushing for a crypto yen for geopolitical reasons, the BoJ has previously stated that it has no immediate plans to introduce a CBDC.

The Central Bank has been carrying out independent research on the topic since 2018 through the formation of a Legal Issues Study Group established by the BoJ Institute for Financial Research. In September 2019, BoJ’s Research Bureau published a report of its findings, which seemed to raise more questions than it answered.

One of the central themes of the paper was understanding whether the BoJ could legally issue crypto at all. In this context, the paper explored legal issues related to CBDCs, including the BoJ Law, the Civil and Commercial Law, Administrative Law, Competition Law, Information Law, and Criminal Law.

It argued that before the nation’s financial regulatory body could consider launching a digital yen, it had to address and devise solutions to several legal challenges a digital currency posed.

The Bank must have concrete mechanisms for what happens is CBDC is forged, duplicated, or stolen; whether CBDC can be seized, how money laundering and terrorist financing – two critical issues associated with crypto – can be prevented; and whether CBDC transactions can be restricted.

The BoJ will have to design and institute appropriate KYC regulations while considering personal information protection regulations.

Since CBDC would be a non-tangible currency, it could not be governed under the existing laws. Hence, the government will need a complete legal overhaul, along with a massive technological upgrade, before granting any digital currency a legal tender.

Therefore, BoJ can only introduce a crypto yen once usage and transaction conditions can be clearly and lawfully specified. There remain several crucial pain points that must be sorted out before Japan proceeds with its CBDC.

Crypto Casinos Vs. Online Casinos: How Different Are These Formats From Each Other?

WRX Trades With All Its Potential; Mounts at $0.130