Founded in 2017, Tron is a distributed ledger platform and is counted among the key players in the blockchain industry. Led by Justin Sun, it has many credible technology stalwarts as its core team members. Tron network’s cryptocurrency is called Tronix (TRX); to give its adoption a massive push, Atomars cryptocurrency exchange has announced the listing of TRX on its trading platform.

According to Atomars official Twitter handle, TRX is now available for trading in a total of six pairs, including the prominent ones like TRX/BTC and TRX/ETH. In the view of industry experts, this new listing is definitely going to be a shot in the arm of Tron platform and will help it spread its wings wide. A few months ago, Tron‘s founder, Justin Sun said that listing of the TRX on various crypto exchanges is one of his top-most priorities and this new development is a right step in that direction. So that you know, the company has devoted a team of dedicated professionals for widening its listing on cryptocurrency exchanges and it seems all those efforts have now started paying dividends to the organization.

In March earlier this year, Huobi Global and OKEx cryptocurrency exchanges announced the listing of Tether stable coin on their trading platforms. Tether is based on Tron, and its value is pegged to fiat currency which makes it immune to the crypto market volatility. It will be interesting to witness how this new listing affects the fortunes of Tron and the new cryptocurrency exchanges the company is looking forward to listing TRX and Tether stable coins in the future. 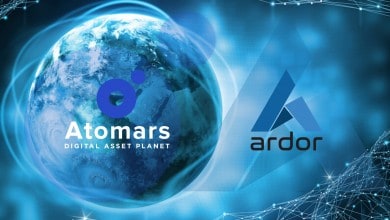