While hard forks can be a good way to gain attention in social media, ultimately it lowered the utility of bitcoins and undermined its mining capability. For more up-to-date and advanced blockchains, this could potentially be catastrophic. As a result, the Aurora tech team developed a solution that can reduce this risk.

The solution requires mining agents or agent candidates to vote for upgrading the blockchain within a 14-day limit. When votes for an upgrade exceeds the total number of voting agents and agent candidates, this upgrade passes and a block height will be chosen for implementing the new upgrade.

An upgrade should include URL of the version released on Github, the version code, description of the update, and md5 information of the new upgrade.

When the upgrading program on the network receives an upgrading request, it will automatically retrieve the new release and proceed to verify this version. Once the verification is successful, the test network will be activated.

Users can try this new version on the test network. If any problems or glitches occur before the implementation of the release, the agent that requested the upgrade can put the upgrade to a halt. Until the halt is revoked, the upgrade will not be carried out even if the network reaches the agreed block height.

The solution has two smart contracts and an upgrade control:

Smart contract B regulates the process of voting and retrieving of an upgrade. It supervises 5 major parts of the solution:

This is a major step for us, we’ve been aware of the scalability issues that the industry is facing. Our network is already faster than most public chains, however ‘Upgradable Blockchain’ further boosts our scalability and utility. 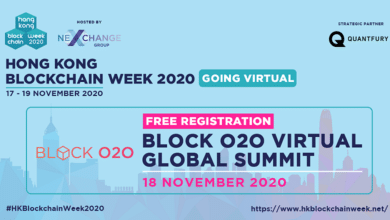