Avalanche’s native token, AVAX, was down in the last few days when FTX announced its liquidity crisis, and Binance came to acquire FTX. However, Binance officials announced Wednesday that they would not buy FTX because the situation is beyond their control.

That follows a negative sentiment in crypto markets. Later it caught the attention of the U.S. Congress and the SEC. Now experts expect another wave of regulatory crackdowns and investigations into FTX events in the next few weeks. As a result, crypto markets are expected to be volatile.

Experts termed the downfall as an ‘Emergency Exit’ from the crypto world, especially for retail investors, because they will get secure and handsome returns from government bonds and securities. So crypto markets will face another outflow at the end of this year, and it may continue even in the next year.

On the other hand, few experts believe that this downtrend will not last long, and it is Binance-led selling pressure, but the regulatory investigations may influence the price of crypto markets and their values for the long term, so investors should keep track of the news before investing in their favorite digital assets.

The AVAX price has been consolidating in the last few months, but this news hammered the price. Click here to know how this sell-off and news will affect the price of AVAX in the coming months. 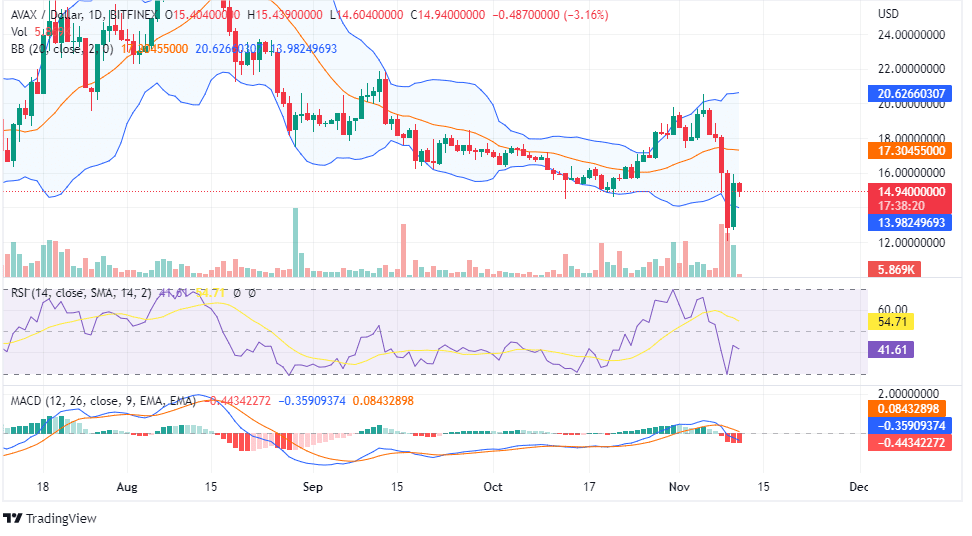 At the time of writing this post, AVAX was trading at $14.94, which is below the support of $16. Overall, Avalanche was in a downtrend, but it had gained momentum in the last two weeks.

Due to the FTX liquidity crisis, it breaks the support and trades in the lower Bollinger bands. Most indicators are bearish at this time, so we do not think it is the right time to invest until AVAX consolidates between $16 and $19. 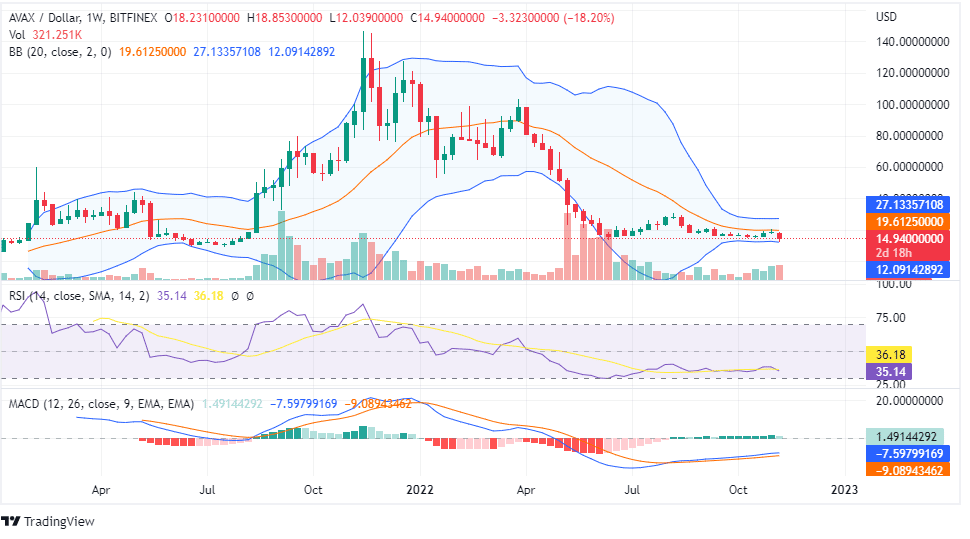 This week, Avalanche has formed a bearish engulfing candle that breaks the long-term support, but now it is recovering. Candlesticks are in the lower Bollinger Bands, but if it consolidates over $16, you can accumulate AVAX long-term. But, if it breaks the support, we do not think you should invest for the long term until it forms another support at a lower level.

BMEX token is now live on the most popular platform BitMEX 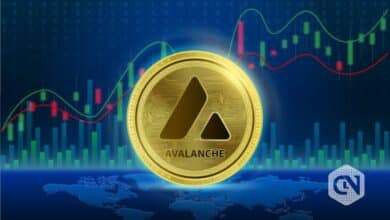 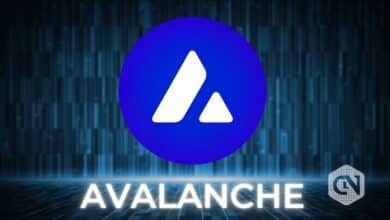 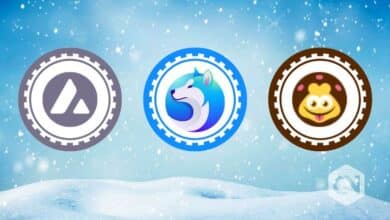 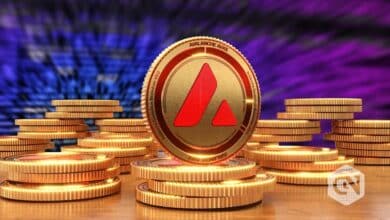