Avalanche is a blockchain-based decentralized platform for launching decentralized apps, but it has been facing tough competition. It has shown massive growth in the last year with a significant increase in average daily transactions. It also offers NFTs and blockchain gaming platforms.

Developers added different features to make AVAX fast and scalable. It has three blockchains with different purposes, making it efficient to process around 5000 transactions per second.

AVAX is a tough competitor of Ethereum because it allows users to create blockchain on this network. The developers of these new blockchains can create their own tokens and fee structure on their platforms.

Besides that, it allows the token to be transferred on the Ethereum network using an Avalanche bridge. You can transfer Ethereum-based tokens on this platform using Ethereum smart contracts.

It runs on its own Avalanche consensus, which is more secure, faster, and energy-efficient than the Proof of Stake. The initial coin offering was organized in July 2020, and after that, it is regarded as one of the top crypto startups.

Though the network seems similar, you can find a big difference between the price chart of ETH and AVAX. Thus, one should read AVAX price prediction before investing in Avalanche for the long term. 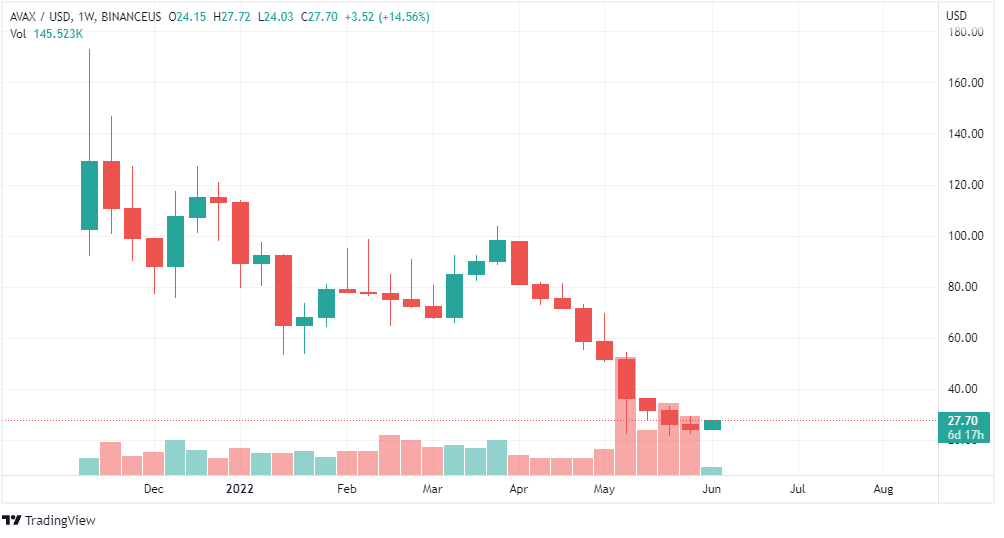 At the time of writing, the price of AVAX was trading around $27. It is very bearish in the long term because it has been forming lower lows. This week, it formed a green candle after nine consecutive red candles with good trading volumes. 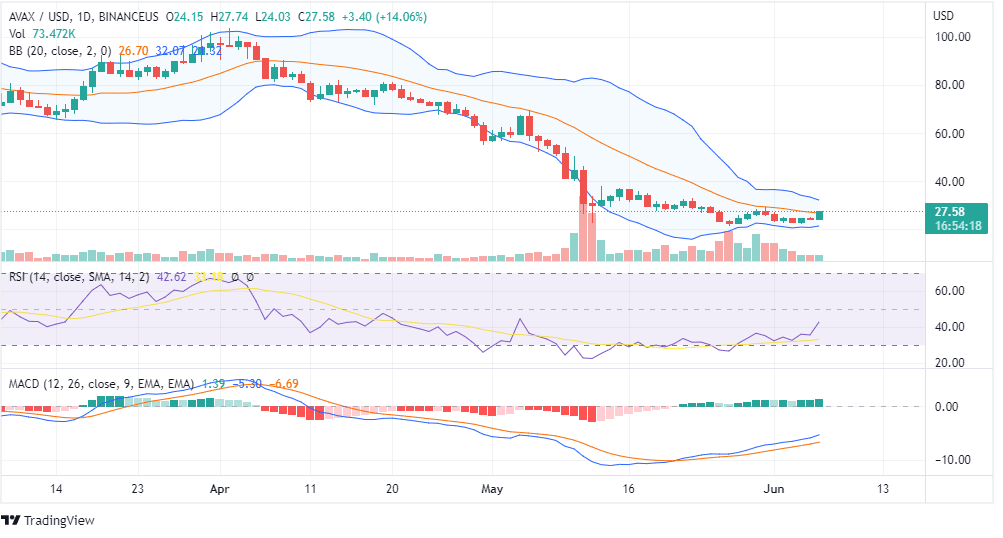 On the daily chart, AVAX has been following support around $23, but it will consolidate between the range of $37 and $25, which is not a good sign for the short term.

In the short term, the price trend of Avalanche seems to be bullish, with the MACD indicator forming green histograms; RSI is stable around 40, while candlesticks are forming around the baseline of the Bollinger Bands.

As per the above technical analysis, Traders can invest for the short term, but it may be a risky trade. At the same time, we do not suggest AVAX for the long-term as it is not showing signs of high returns currently.