A blockchain startup supported by venture capital firm Sequoia India, Band Protocol, has launched its mainnet along with the first decentralized application (dApp) known as “BitSwing” which permits the users to trade Bitcoin (BTC) binary options, a kind of derived product.

Disclosing the news, Band protocol remarked that, BitSwing users would be able to get a long term or short-term position in the BTC/USD market by forecasting Bitcoin’s price later, which will be higher or lower compared to the spot price.

“Binary option is one of the simplest financial derivatives that most people can understand,” co-founder and CEO of Band Protocol, Soravis Srinawakoon, revealed further by adding that, when BitSwing was released in testnet for a week, it saw over 40,000 transactions, “a significant adoption rate for dApps.”

Before going live, in its first two weeks, BitSwing accomplished 12,000 dollars in ETH from data query fees. The company remarked in a statement, at this rate, “Band Protocol expects to generate over $300,000 in value per annum for its ecosystem via BitSwing alone”.

To take part in the binary options trading, clients need to install MetaMask or any wallet similar to the Web3 wallet that executes on Ethereum based Kovan testnet, stated Band protocol. Further, Clients will be able to take a long or short position through Ether (ETH), can bet if BTC will go or down from its initial position, driven by Band protocol’s decentralized data Oracle.

Besides, the tool uses data oracle to impart real-time price feeds for the market. The information is derived from CoinGecko, Upbit, and Binance among others. Moreover, these information providers get rewards for giving trustworthy information from users in the form of collateralized band tokens. 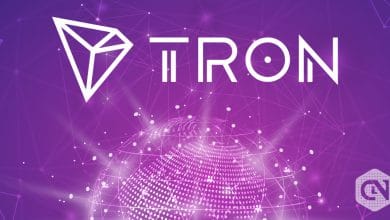