The Bank of America is the succeeding largest United States bank regarding its total assets. The bank has filed a manifest with the U.S. Patent and Trademark Office that published on 23 August. This development is similar to the patents that are awarded, or functioned, by many multinational establishments such as Intuit, Wells Fargo, and IBM.

The patent named Block Chain Encryption Tags was filed last April with a detailed system identifying the main entered data to a block. These create a ‘creator tag’ for the databases and blocks and further assign each to blockchain for first processor basis.

It indicates an application function such as storing and recording digital transactions which mainly builds for the large businesses and enterprises. Along with that it also creates a data safekeeping appliance by linking encoded data units for the blockchain networks and makes a detailed blockchain.

Mostly all the blockchain patents focus on refined software process whereas BoA sets its patent by working with a hardware mainframe that focuses on encrypting all the data before having it validated on the block of a blockchain.

The scheme is also an imitated version of a quite similar cryptocurrency patent which was filed back in 2014 under the title “Cryptocurrency Online Vault Storage System.”

BoA is discussing the evolving opportunities that have increased the practice of cryptocurrency among rapidly growing corporation that the owners will soon wish to store cryptocurrency with proper safety. It is unrealistic for safe-keeping thousands of different wallets that contain digital assets from hundreds of customers.

But instead of that a patent mechanism will allow banks to store all their clients in one single vault which is with the help of statistics entry encryption. One of the most debated issues for cryptocurrency transaction is how the retailers and customers are unaware of the transactions unless on a definite network. It takes up several minutes of time in bitcoin payments. 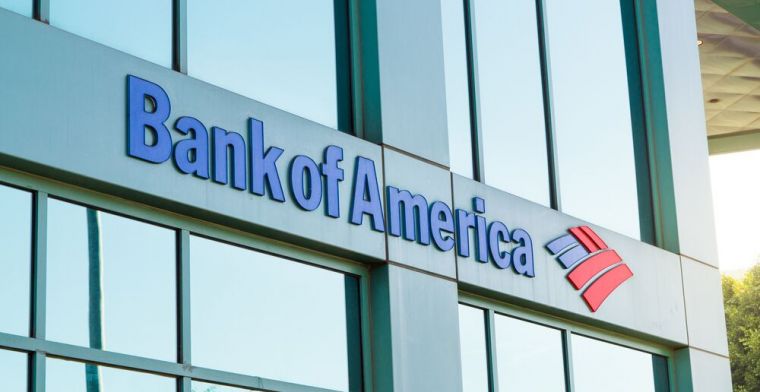 Regarding this issue, BoA has included a feature of messaging the applications which allow the users to be notified of their payments success or unsuccessful. It also lets them calculate their authentications from a series of dealers and compare it with a requirement of minimum proofs. When the regulations meet, the respected parties are alerted, and if they are unsuccessful, they get an “unsuccessful transaction” alert.

The device is functioned to feature a cryptocurrency exchange rate which will allow the transition from fiat-to-crypto and even crypto-to-crypto. It eliminates the enterprises’ risk of losing fiat values on the market of cryptocurrencies because of the asset price volatility.

A correct example of “cryptocurrency credit” will be when it enables “credit” to the customer’s account who wishes to accomplish a certain transaction. It helps especially those who do not have a necessary deposit at the stage of reimbursement.

Along with this, the system will also feature a threat profile for every customer that is gathered by tracking the payments made using cryptocurrency, transactions, and repayments.

A detailed and elaborate patent as such is not the only one by BoA. Currently, the bank holds over 50 blockchain patents based on cryptocurrency. With a solid proposal like this patent, the BoA holds the potential to fight off their rival IBM.

Even though the bank has some questionable views for the cryptocurrency, it awards a digital asset altercation patent in December 2017. For 2018, the companies’ authorities say that the growing world of cryptocurrency is providing a lot of significant competition in the market and the industry and they wish to make the best use of it.

The sector proves its incapability to work accordingly with facilities and products as per consumer preference and industry standards. It, in turn, can affect the overall business. That is why; it makes it an important reason for BoA to file for storage patent in due time.