Basic Attention Token is one of the leading cryptocurrencies of the time. It was basically created on the Ethereum platform. The intention behind the creation of this token was to mitigate fraud and opaqueness in the field of digital marketing. It was created by Brendan Eich- creator of JavaScript and co-founder of Mozilla. BAT is an open-sourced decentralized ad exchange. As written earlier, BAT works as a mediatory platform for payment in the digital marketing arena. The BAT platform also has an open-source, privacy-centered browser, Brave. It is designed in such a way that it blocks trackers and filters malware. 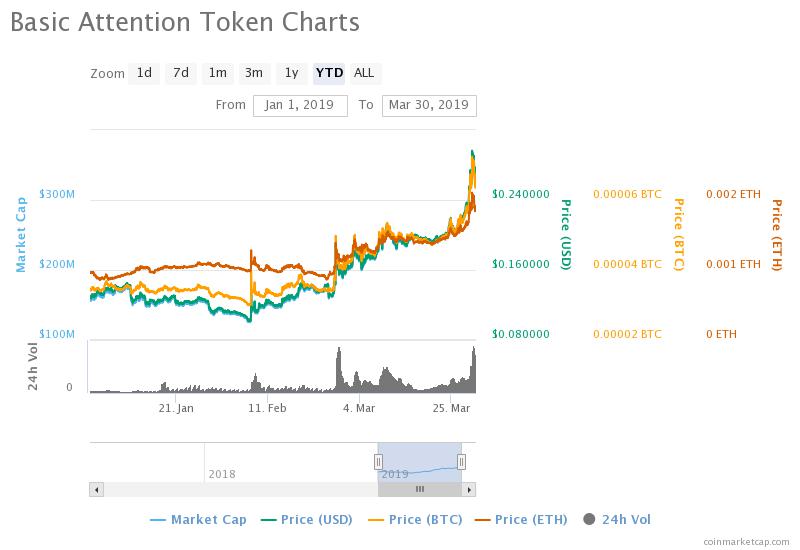 It is evident that the Basic Attention Token (BAT) has yielded enormous growth over some time. In the last 2 months, the coin has gained more than 180%. As per some experts, the gain has been occurred due to speculation by some investors and BAT CEO’s interview. The investors holding the coin for a greater amount of time surely have been profited by the position. Post the crypto winter; no currency has been able to give such records. There is something special with this coin, which is why we advise you to wait for 1 week to see if there any gradual movement towards down. The moment it starts moving downwards, investors would be profited to lose their holdings.

For long-term investors, it is advised to hold the coins with a great positive mindset. As per Basic Attention Token Forecast, the ROI is surely going to touch the sky sooner rather than later.