BAT token has been growing in terms of use case after the success of brave ads and its browser. The most distinguishing feature of BAT token and the Brave browser ecosystem is the system of reward distribution. Any user can claim their rewards directly after registering to this platform. Basic Attention Token ranks at the 89th position in terms of market capitalization with a value of just $1.29 billion.

The recent success of major cryptocurrencies has created a strong sentiment for building and buying tokens that serve unique purposes. Brave and its dependency on BAT tokens could really hit the sky in case they are widely accepted. So far, it hasn’t been able to dent leading organizations’ marketing and ad revenue business. Until that happens, there is limited upside potential in BAT token.

BAT has finally broken out of its consolidation and has retested the 200 days moving average. Whether or not it maintains to break this level will be an essential aspect for continuous positive movement. 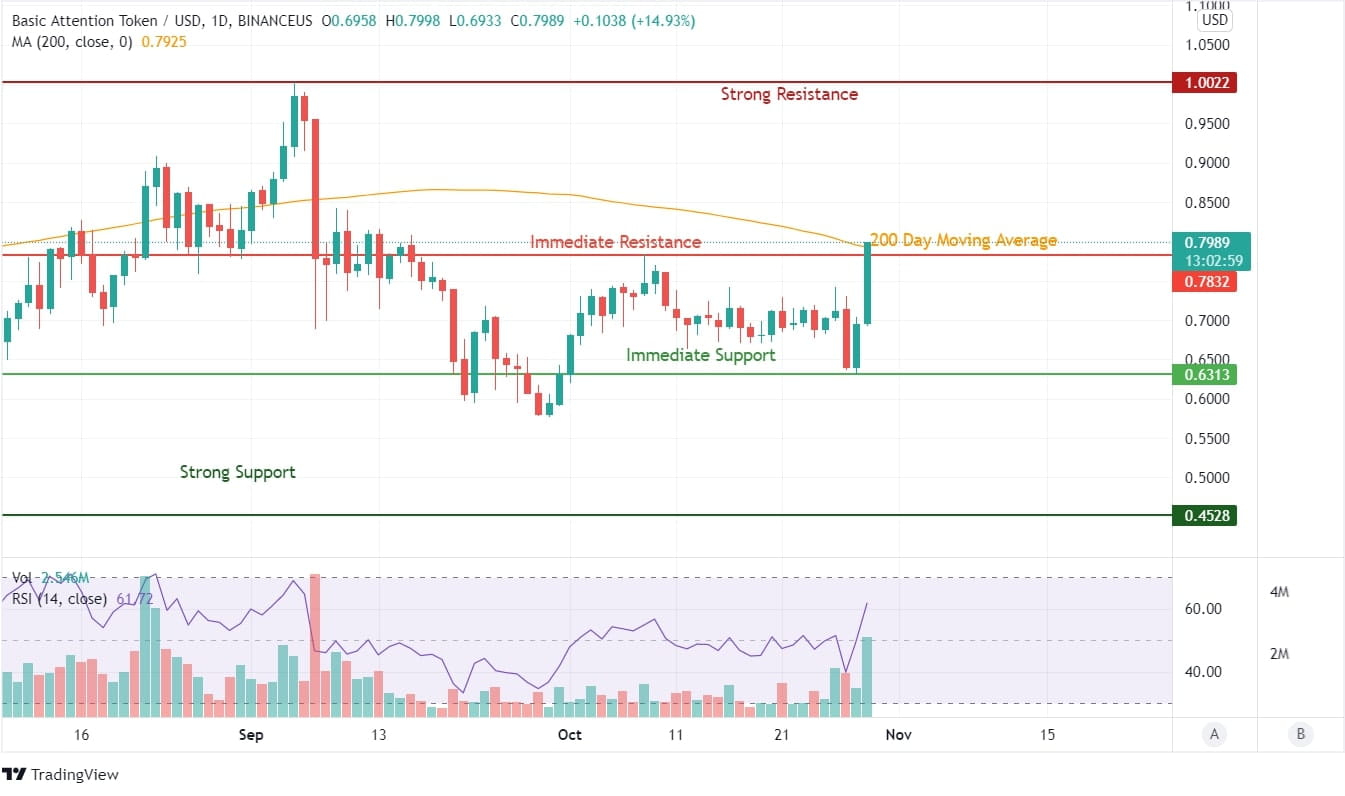 BAT token has been facing stiff resistance since the fall of September 07, which broke a two-month upside movement. Breaking down from the 200 DMA has been a very negative movement that caused a 45% sell-off on BAT tokens. Since then, BAT has made this second attempt at breaching the $0.80 levels. Basic Attention Token is very close to the 200 DMA and immediate resistance of $0.80 levels. Further upside movement will be halted near the $1.00 levels.

In the case of profit booking on BAT token, we have strong support at the $0.6313 level. Because of the two successive days of upside movement with no sign of profit booking, there is a strong probability that BAT might attempt to retest the $1.00 level it touched in September 2021 very soon. RSI has taken a sharp jump indicating the strength of buying BAT tokens. Based on our Basic Attention Token prediction, a sudden uptrend rally of above 16% in a day could possibly support BAT token breaching the 200 DMA levels.