Cryptocurrencies are one of the biggest creations of the 21st Century. It has been a decade since the launch of Bitcoin, and today digital tokens have several sectors under their wings, which even Satoshi Nakamoto wouldn’t have thought about.

Many industries are now using cryptocurrencies as valid payment instruments. Sectors like banking, global payments, gaming, online gambling, e-commerce, etc. are all using electronic money. The benefits which digital tokens bring along are immense, which have revolutionized whichever industry they stepped in to.  The entertainment industry is also slowly and steadily moving towards acceptance of digital currencies, which is a very important move from the crypto market’s perspective, given the sheer size of the industry.

Recently, VeChain partnered with the epic series Game of Thrones, which was a big step forward for the blockchain and crypto industry. In fact, the entertainment industry is being silently penetrated by digital currencies. Earlier this year in March, music streaming service Feedbands announced that it would reward artists and customers with Bitcoins for using its services. Another Music streaming service, TOWB Music integrated blockchain technology with its operations in January 2019, which will help than accept payments in cryptocurrencies.

Crypto industry experts, including Ethereum co-founder Joseph Lubin, have time and again stated that blockchain and crypto will are a huge boon for the entertainment sector. This also reflects the huge scope which crypto and blockchain companies have for serving the industry.

For capitalizing on this opportunity, BeatzCoin came into being, as a cryptocurrency specifically focused on the entertainment industry. It is the first digital token to be primarily focused on this genre, which is underserved by DLT industry. BeatzCoin is the native currency of VibraVid Dapp, which is based on the TRON Blockchain.

John McAfee, the famous name in technology space, and a strong supporter of cryptocurrencies, recently shared wrote a blog on medium.com, showcasing his new found love for BeatzCoin. McAfee joined the platform about a year ago, and since then he said, he has been surprised by BeatzCoin and its potential. He shared the blog via his official Twitter handle.

“Undoubtedly, I couldn’t imagine VV’s current status when I entered the core team back in April 2018. One year has passed and it seems like yesterday. Over the course of a year, I perceived BeatzCoin through a variety of perspectives. This is due to the market’s ups and downs, migration from ETH to TRX blockchain, the decision to conduct a pre-token-trading-event during the worst bear market after December 2017, etc.

However, it seemed that every time BeatzCoin was ready to unexpectedly overcome any uprising issues against its proper development. I will never forget when we decided to create our Telegram community and move over from Discord. We had our 100th member in August, and by October we would surpass 18,000!”

BeatzCoin has been through difficult times especially after the bearish trends of 2018, which devastated almost entire crypto space. However, the platform has overcome all the obstacles and is now ranked 3rd on the TRON SR Table. 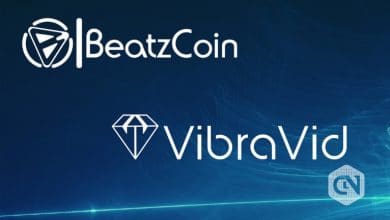