Initial Coin Offering (ICO) is where the companies attempt to raise funds by selling their tokens, which can be described as equivalent to stock. Investors purchase these tokens rather than a share or stock in an ICO. Blockchain-based organizations and start-ups take ICOs as a source for crowdfunding. Moreover, the organizations utilize these funds to develop their current products, to start their cryptocurrency, or introduce a new product.

Organizations raise funds by introducing an ICO. To raise more funds, organizations go for ICO marketing. ICO marketing can be explained as the promotion of ICO, in support of the organization holding the ICO. The aim is to get maximum funds, get more investors, and bring in more prospects to the sale occasion through many sources like Crypto Backlinks.

Before getting into ICO marketing, the company should know about the Pros and Cons of ICOs. Few pointers about them are given below:

Through an ICO, raising money and investing is more accessible, which balances the entire procedure. This procedure is a low obstacle for entry and helps the startup to pick up more market demand by establishing a relationship. Therefore, building a relationship with the investment bank is not necessary.

An organization, Stratis, raised 600,000 dollars during its ICO in June 2016 and has seen a 21,000 percent increase in the price. Similarly, a company named Spectrecoin raised 15,000 dollars in November 2016 during their ICO and has seen a 26,000 percent raise. With such an exceptional return on Investments, investors would want to build their financial profits.

In a standard IPO, there are a lot of regulatory filings that should be done before the IPO gets executed. This process involves more paperwork, which is repetitive. Moreover, an investment bank needs to be a broker to start the IPO.

From 2013, we can see that the cryptocurrencies launched itself to greater heights through its unpredictable prices by making us realize that forecast about the product are nothing. Similarly, ICOs can be exceptional with regard to volatility. Without having proper knowledge about the factors that influence the result of the ICO, investing in them may lead to heavy loss for the investor.

Always, ICO is considered as an unregulated procedure from the issuer and as well as from the investor end. This means the investors are hesitant about their profits and the issuer is skeptical about the success of the ICO. There are several ICOs where the results are not successful.

In general, the start-ups present their whitepaper without having proper resources, to make the product ready. Even though the product is ready, there is a lack of proper execution. Moreover, investing in such a process has a lot of publicity that accompanies it. If the project is good and the demand for the product seems genuine, an investor can make a well-informed choice.

There are various ways in which an ICO can go bankrupt. It can also become a victim of fraud. Since there is so little written material for the ICOs, it attracts various cheaters who can simply make a false white paper and grab a lot of money.

Investing in ICO requires careful consideration and investors should know the pros and cons of the particular ICO before investing money in it. Even though the ICO is prone to frauds and scams, insurance against these is necessary. Because of the risks involved, many refrain from investing in ICO. Organizations should know all the details about the ICO and then proceed with ICO marketing. 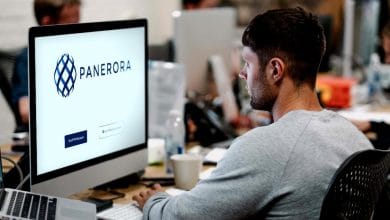