It is not an easy process to find up-and-coming meme coins that are capable of competing with established projects. There are a lot of different projects out there, all of which get a lot of attention but don’t offer many real benefits to the user. On the other hand, after conducting extensive research, we have discovered the next major meme coin.

Many people are interested in investing in meme coins, but they aren’t sure which one is the best. In this article, we’ll take a look at Big Eyes (BIG), one of the most promising new meme coins. In addition, we will compare it to Uniswap (UNI) and Floki Inu (FLOKI), two other projects that have a good track record of success.

Essentially, Uniswap is a protocol that facilitates direct transactions between buyers and sellers of ERC-20 tokens, eliminating the need for an intermediary trading platform. Even the biggest markets can find it hard to make P2P transactions work on a centralized exchange because buyers and sellers have to work together so much to keep enough liquidity.

On the other hand, Uniswap can perform this step on its own automatically. The protocol uses an algorithmic equation to figure out the exchange rate. This equation considers how much demand and supply there is for each pair of tokens. Token exchanges are made easy for investors in this way.

The UNI token, which is native to the Uniswap platform, now has a market capitalization of $4.7 billion, making it the 26th largest coin overall. Even though the 2022 bear market has caused UNI’s price to drop, the cryptocurrency still has a strong ecosystem that makes it easy to get liquidity and allows for decentralized peer-to-peer transactions.

Giving Back With Floki Inu (FLOKI)

The Floki Inu token, an ERC-20 token, was developed on the Ethereum platform. Since its beginning, Floki Inu has been constantly successful, with a market worth of $1.06 billion as of December 2021. The success of the cryptocurrency in its first year of operation is remarkable. The founders of Floki Inu have said that no more than 10 trillion tokens would ever be released.

The ultimate goal of Floki Inu is to be a fully functional ecosystem that may be used for various purposes. FLOKI, its local token, will be very important to the success of this project. The Floki Inu cryptocurrency exchange is denominated in FLOKI, the nation’s primary currency. Products, collectibles, and non-fungible tokens (NFT) can all be traded between users. The team behind the project strongly believes that any cryptocurrency needs to care about its users if it wants to be successful. That’s why the creators of the Floki Inu dog breed have given back to society in various ways, including charity work like building schools in underdeveloped countries. 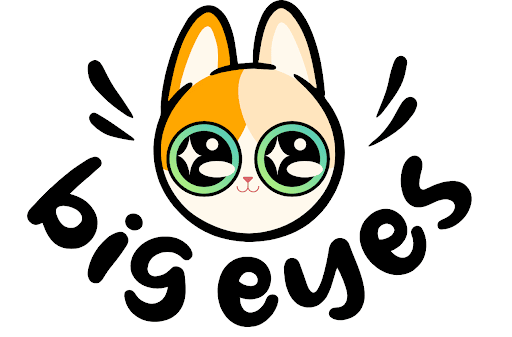 Big Eyes Coin, often known as BIG, is an ecosystem that was created to advance social and environmental causes. The blockchain network plans to give 5% of its earnings to a charity wallet that will pay for projects that protect the ocean and marine life. This will be done to protect an important part of the world’s ecosystem.

Through Big Eyes, a community-driven ecosystem, anyone with an internet connection may virtually access and use DeFi without any complications. With the help of the BIG token, Big Eyes plans to make blockchain services available to users worldwide in a much more timely and scalable manner. The Big Eyes Coin is a token that will be a key part of how Big Eyes grows and will make it possible to add personalization and innovation to the whole ecosystem.

To find out more about this new cryptocurrency, see the links below:-

Kittynomica Overtakes Shiba Inu and Near Protocol in Popularity As It Seeks to Catalyze the DeFi ecosystem, One Innovation At A Time

Market Cap in Crypto: What It Is And Why Does It Matter?