The largest cryptocurrency exchange Binance is now heading towards a new frontier. Binance is one of the most popular digital assets exchange platforms to improve buying and selling activity, Binance coin has been included to the native support on the smartphone Samsung Galaxy S10. Cryptocurrency exchange platform of ‘CZ’ Changpeng Zhao is growing massively in the smartphone industry. Bitcoin is one of the 16 other default tokens that has been supported by Samsung Galaxy S10.

The co-founder and CEO of Binance, Changpeng Zhao welcomed the opportunity stating,

“Humbled to see #BNB supported by the new Galaxy S10, one of the 16 coins supported by default! -the post was posted on Twitter on April 7th, 2019.”

Over the new development, experts are hoping that this adaption to be an important breakthrough in the cryptocurrency market. Samsung has always been a step ahead especially when it is related to blockchain adoption. Binance coin is the largest cryptocurrency exchange from March 2018 onwards.

From the time when the cryptocurrency exchange platform appeared, it has become popular and continuing to grow around the world. Now after making an entry into the smartphone market, the user base of BNB will increase enormously.

BNB is still an Ethereum based token, even though there were expectations for the appearance of a mainnet for a proprietary blockchain. BNB is essential for trading and buying new token offerings via Binance Launchpad.

The Binance coin moved to 7th position on CoinMarketCap, it was holding to its recent highest price of $18.75. However, in the past few days, it declined against Bitcoin (BTC) slowing down to 0.003 BTC from 0.004 BTC.  Trading volumes are also moving down. Over 60 percent of BNB traders are taking place against Tether (USDT); the Binance exchange is the largest holder of USDT tokens, consuming more than 800 million USDT.

Notably, Binance DEX, a decentralized exchange by Binance itself depends on a fast delegated proof-of stake network, and this also may boost BNB.

One of the largest blockchains,  Binance Chain also belongs to the huge exchange giant, with characteristics like,

The Samsung Galaxy S10 smartphone is waiting for an official design of the kind of tokens it will support. As of now, the leaked video mentions that the device may support the Bitcoin network and also Ethereum (ETH) and Ethereum driven virtual tokens or assets.

However, Samsung is yet to confirm the type of cryptocurrency the Galaxy S10’s Blockchain wallet will support. 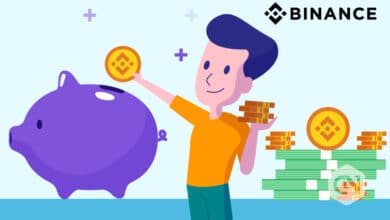 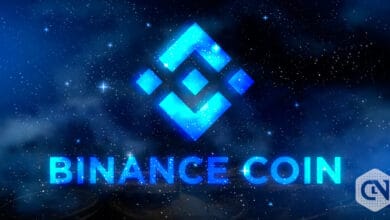 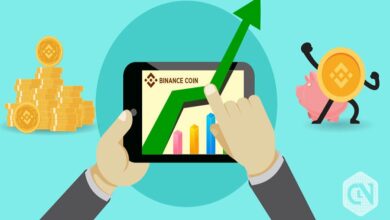 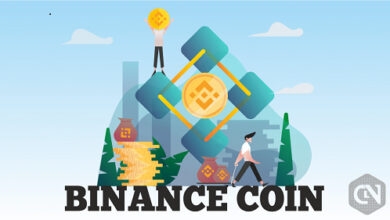