Bitcoin, the market leader, directs the entire crypto market sentiment simply out of its sheer dominance. BTC is moving with a tremendous buying-focused scenario capable of putting it beyond the grasp of immediate resistances.

There has been a huge spike in the last five days, which could turn the scenario towards uptrend momentum only after BTC surpasses $24,000 without retracements. Breaching this level would put BTC above the breakdown level of May 2022, indicating a higher upside potential bringing more buyers to the fold.

Currently, the market capitalization for Bitcoin has surpassed $422,274,164,564. Bitcoin cryptocurrency is trading at a dip of around 50% compared to January 2022 peaks. A similar comparison for its all-time high would put BTC under 68%. Previous price actions indicate a rejection possibility at $22,000 which would delay the uptrend.

Bitcoin has seen some turbulent times struggling to surpass $22000 for the last two months. Technicals are now bullish, with strong green candles moving towards double-digit gains as of July 18, 2022. Check our Bitcoin prediction to know if this bullish momentum will continue or not! 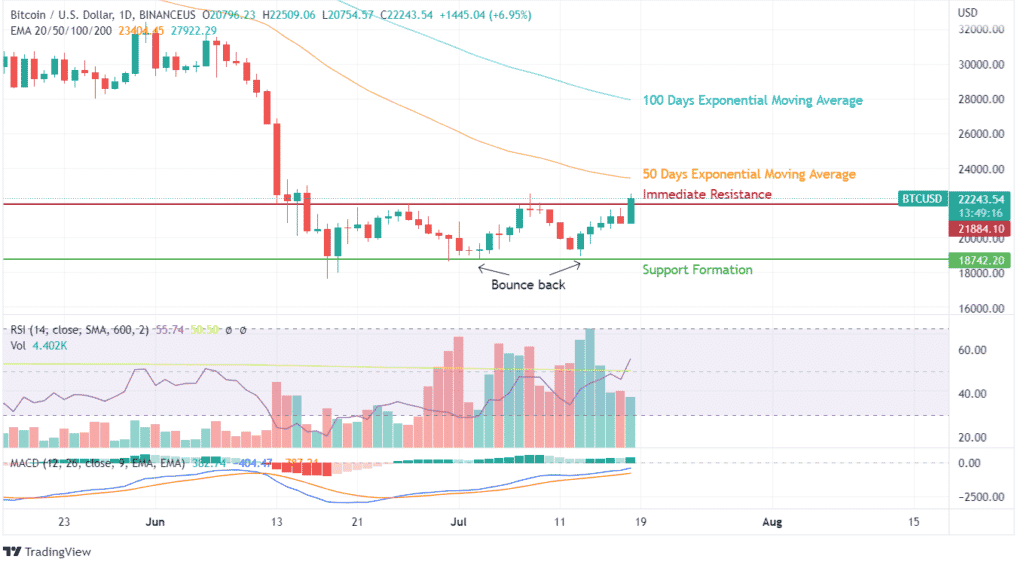 Comparing the short-term price action after the dip of May 2022, we can witness support developed around $18,700. Despite the increase of its transactional volumes, the buyer’s attempt to breach the $22000 level has created a huge trap-like situation for Bitcoin.

Rejection of the last swing high during the first week of July created a profit booking scenario dumping the price below $19000 for a day. With a stronger revival of buying sentiment and transactional volumes beating the volumes of April and May, BTC has successfully suppressed the immediate resistance.

RSI indicator showcases an ongoing rally, and MACD has also created a bullish scenario. The short-term outlook is positive for a Bitcoin, with a potential for some retracement before continual. 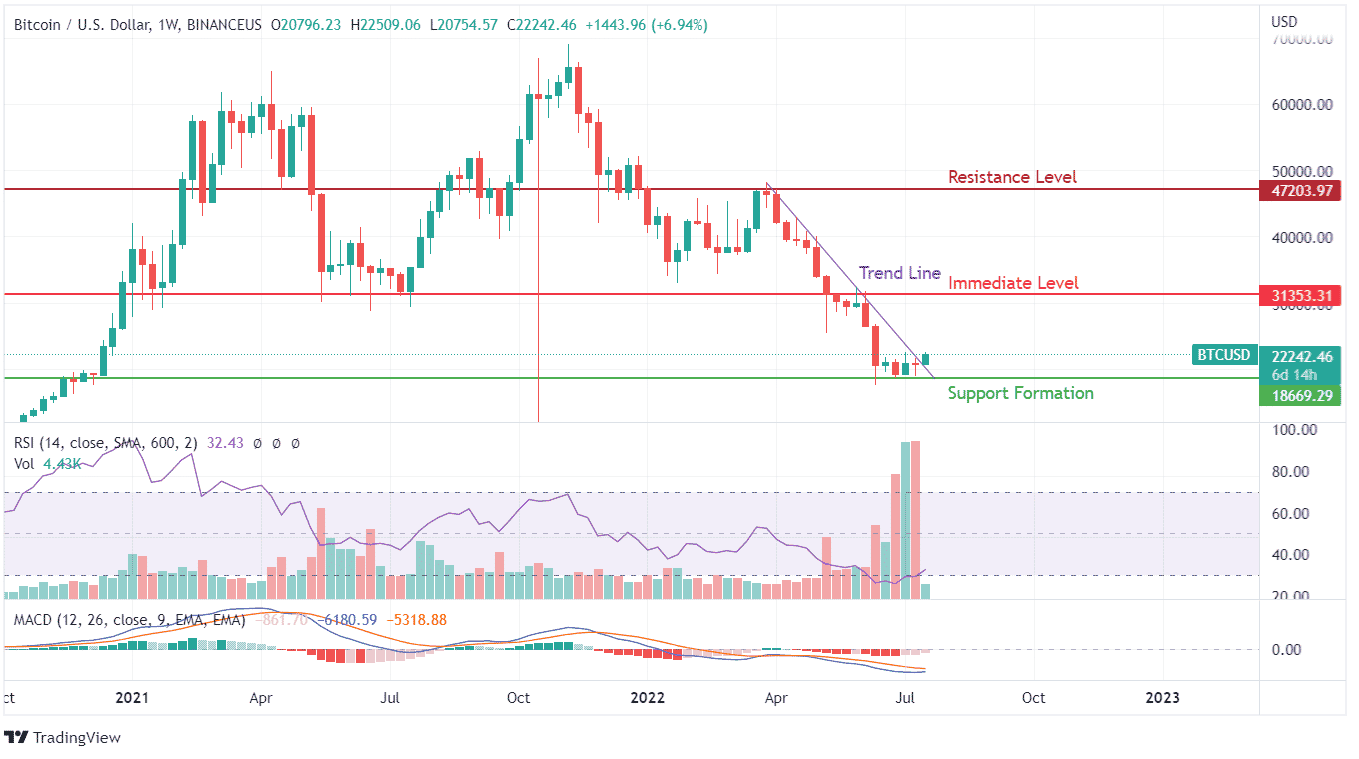 Bitcoin in the last year has created peaks above $60,000 with tremendous retracements. Failure to surpass $47,000 in March 2022, combined with global financial woes, pushed BTC into turmoil forcing it to lose more than half of its value in the preceding months. Price action shows a break out of its negative trend line, indicating a long-lasting uptrend.

Looking at the weekly charts, the rise in transaction volumes is phenomenal, indicating the rising trading sentiment. However, MACD hasn’t created a bullish crossover pattern affirming the possible volatility. RSI has dipped from 2021, and the intensity of profit booking has peaked since the beginning of 2021.