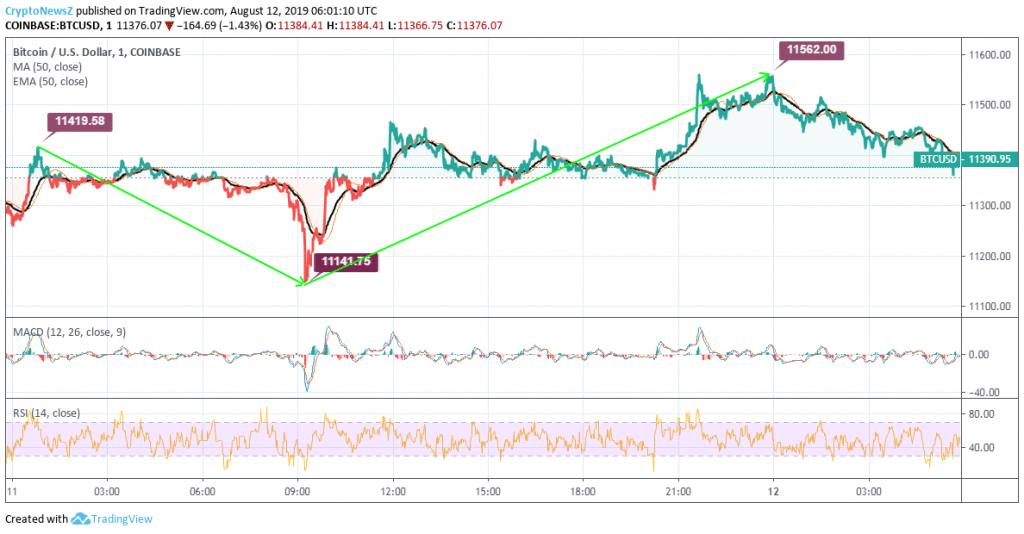 The MACD of the coin appears to be bearish with a negative outlook as the signal line crosses the MACD line and also exhibits volatility.

The RSI is well above 40 and shows no extremities.

If the coin improves its trading momentum and trades persistently beyond $12,000 in the upcoming weeks or by the end of the month, then as per Bitcoin price prediction, it is expected to trade around $15,000 to $12,000 by the end of 2019.