Bitcoin (BTC) has been one of the mighty investments for the investors to feel glad about the prices touching almost the $6000 mark in the earliest tick of the clock. This leads to a very cardinal discussion whether Bitcoin (BTC) can replace Gold after having reached such great heights in the crypto market.

To support this Peter Schiff, an American financial commentator says that “Bitcoin has ‘Some Appeal’ but won’t replace Gold.’’

Firstly, in light of what Peter Schiff said, it is important to mention that Bitcoin and Gold have their belongings to a different asset class. The market and target investors or potential investors are totally different. Bitcoin is an illegal source of investment in China, Russia, Vietnam, India, Bolivia, Columbia and Ecuador. Whereas, Gold is not specifically illegal or banned in any country as it is not volatile like the crypto market.

Bitcoin vs. Gold battle seems to be inappropriate, taking into consideration the above mentioned and a lot more reasons because the base to invest in both does not have any correlation with each other. It is rational to highlight that Bitcoin and other cryptocurrencies have been doing well but there have been winters as well that surround the market and the currencies had to shed their leaves consequently. On the other hand, as per the information by Peter Schiff, when tech stock was declining 55% during the fourth quarter, it was then that the prices of Gold were significantly up.

A glance at the Gold prices prevailing in the market for the last year. 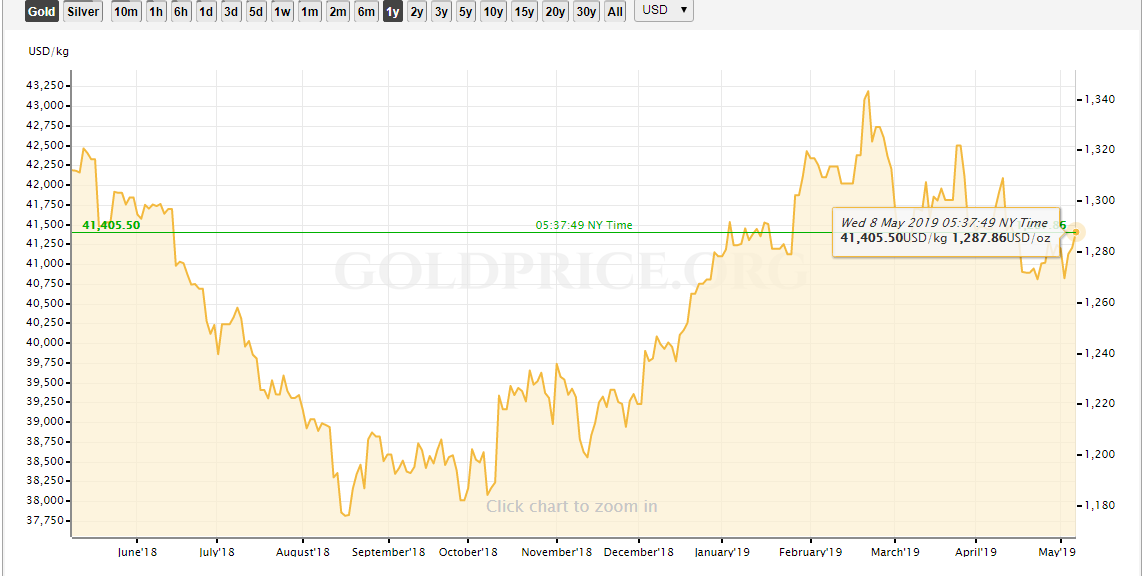 A glance at the Bitcoin prices prevailing in the crypto market for the last year. 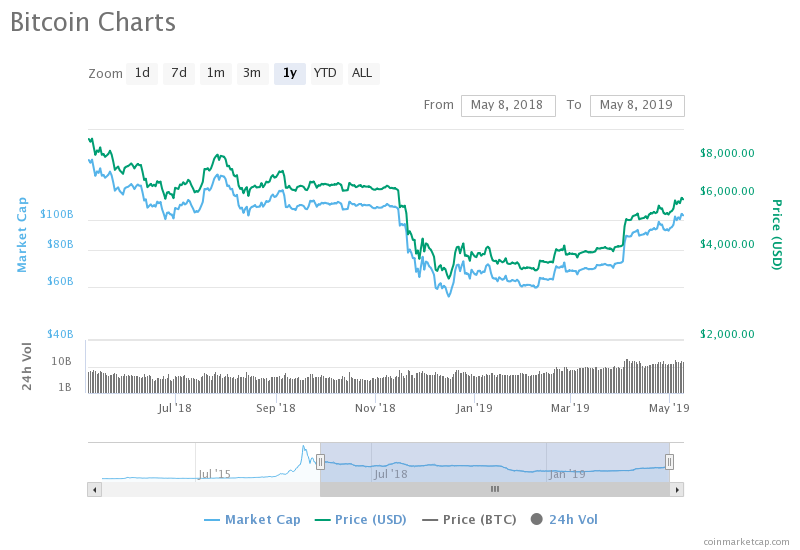 This leads to an array of the discussion that the changes in the prices of Bitcoin have nothing to do with the surrounding variables or any changes in those variables, but the price becomes a very important variable, for the actions to be performed by the investors while planning to indulge in Bitcoin investments.

Monero (XMR): Trends are Bearish Besides the Surge of Positive News Around the Cryptocurrency