Bitcoin seems to have reached new heights, by breaking the resistance level of $5300 in the last 24 hours span and making investors delighted with its astonishing price hike leading to a pocketful of portfolio investment returns.

Attaining such steep grounds, Bitcoin, when contemplated, had reached new vertexes of the year 2019 when it crossed a $5600 mark giving a total justice to the position it stands on in the crypto market.

Statistics at a glance:

The current statistics on 24th April at 4:34 UTC time are as follows:

Bitcoin is at the year’s highest price with breaking resistance of $5300 – $5500 as per Bitcoin price prediction, that was observed in the last week. The Return on Investment (ROI) of Bitcoin is quite noticeable which may lead potential investors to get lured into adding BTC to their wallet investments today. 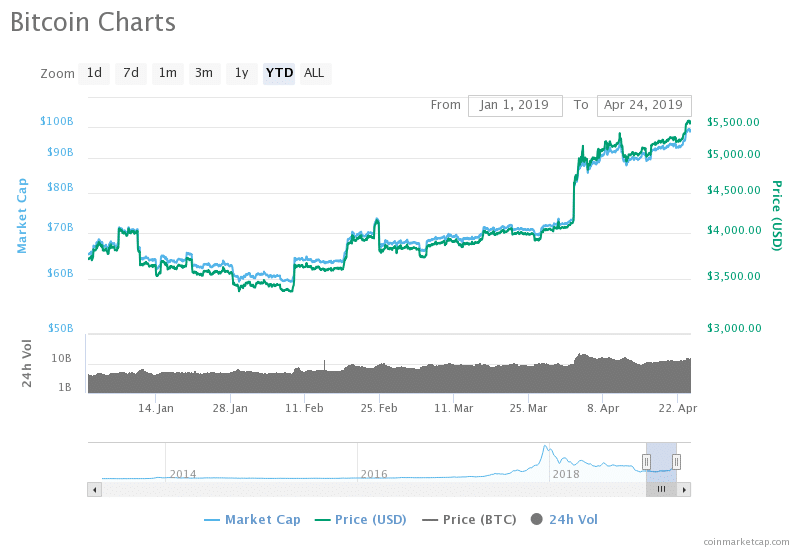 It is crucial to note that in a 24h span Bitcoin outstretched from $5442.17 to $5633.01 with arising midday blues maintaining a Market Capitalization of over $99 billion. The midday rise was 3.50% more than the daybreak price which was an ice-breaking outcome in just a day. Therefore, it is even important to look at the data and chart of the last 24 hours by Coinmarketcap which is as follows: 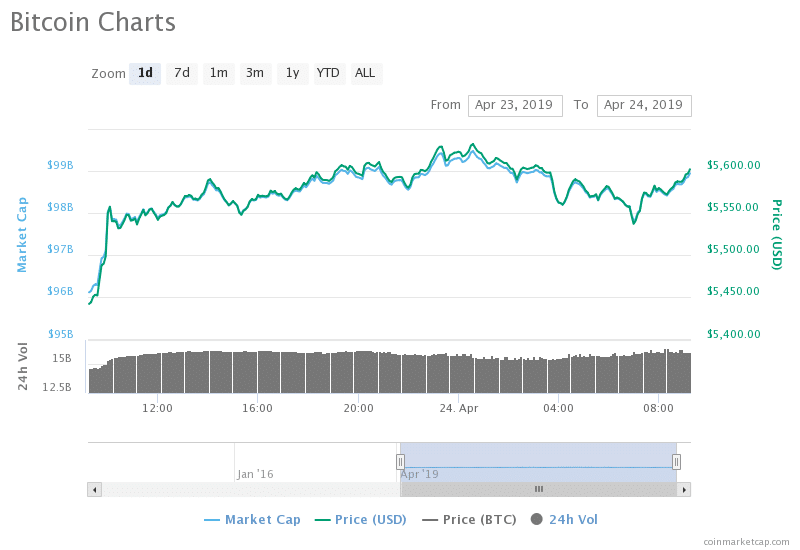 Bitcoin lovers strongly consider Bitcoin and other cryptocurrencies to be a metaphorical model of the internet: a broad technology category that took some time to reach its potential, even though expectations got ahead of reality in the wee hours of today. If that’s true, last year’s crash in Bitcoin prices was like the dot-com bust; a temporary setback before the big ideas come to a realization.

Bitcoin attaining new market space with its overwhelming nature for investors. Thus, Bitcoin is neither an irredeemable flop nor an economic miracle.