Bitcoin has maintained its prominence with the advantage of being the first cryptocurrency to survive in the decadence of transformation battling market gains by other recently launched currencies. At this hour, BTC is valued more than the other nine cryptocurrencies in the top ten list. Market capital of staggering value $1113.4 billion.

Since crossing the previous swing of $57,000, there was a panic situation on Bitcoin price action, as it battled the selling pressure from investors who were panicked by the past two sell-offs from similar levels. However, BTC got a renewed buying sentiment after retesting its swing support level of $53,000.

Moreover, since 200 DMA has remained stagnant, Bitcoin could get another boost in terms of price action once this critical moving average moves a bit higher as per BTC forecast.

BTC became trending after a prolonged battle with consolidation. It now reaches the $60,000 mark in less than four weeks that marks a 50% return on investment, which is mind-boggling in reality. 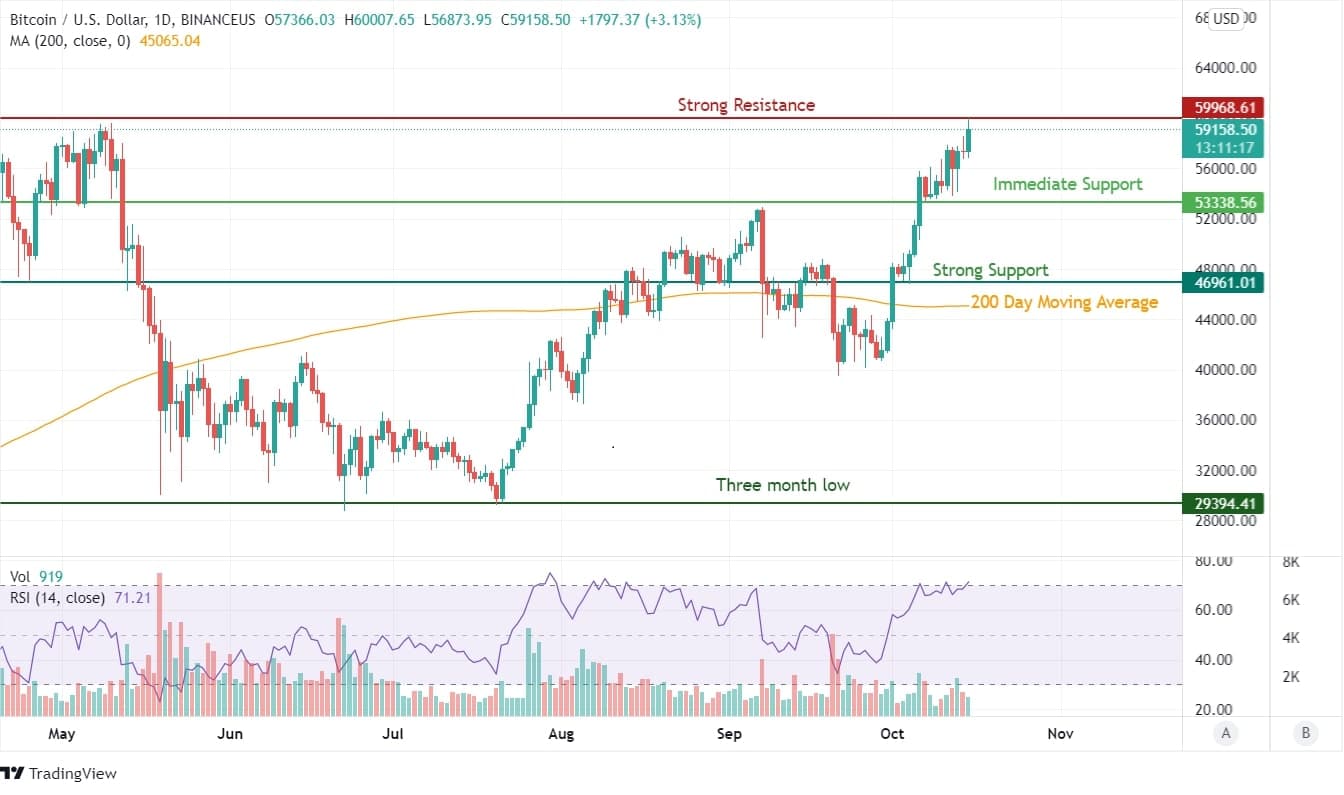 BTC/USD has considerably stronger support from the psychological level of $40,000, which has now moved up to the $50,000 levels. With strong buying action, Bitcoin even retested $60,007 on daily charts but has fallen by marginal profit booking at this level.

Based on our BTC forecast, the coin will receive a strong sentiment once it closes above the $60,000 level in the days to come by. Closing below the level will indicate a hesitant investor sentiment that can slow down this rally. Still, even with such a scenario playing out, Bitcoin price will be rallying towards $70,000 in a short time interval. RSI has played out to be at the ultimate buying level of above 70 with a consistent volume level.