The Bitcoin price rally is always surprising because it completes the target of months within a few weeks, and then momentum dies. Dropping volumes, booking profits, and hitting targets at an early phase has hindered BTC value for a long time. For now, both experts and enthusiasts are suggesting a six-digit Bitcoin value to be realized shortly. Given the high concentration of buyers and dip in current volumes, it would be safer to pursue consolidation in action.

The challenge would be to breach this consolidation and become trending again. Bitcoin price trading above $65,000 could add a fresh buying action if sellers remain inactive. Otherwise, retesting the higher level has always resulted in profit-booking by investors who missed the first selling action. There is no surety on the top being created or not, but one thing is clear: BTC will be hitting 100,000 and would be leading to substantial development in the crypto space as per our Bitcoin projection.

$63,800 has evolved as a decisive rejection level, while $59,600 has a strong buying level for now. The breach of buying level was complemented by a sudden spike in upside movement. Investors would be eyeing a higher target, and considering the growth of the blockchain ecosystem around the globe, BTC would be an ideal candidate despite its higher energy consumption. 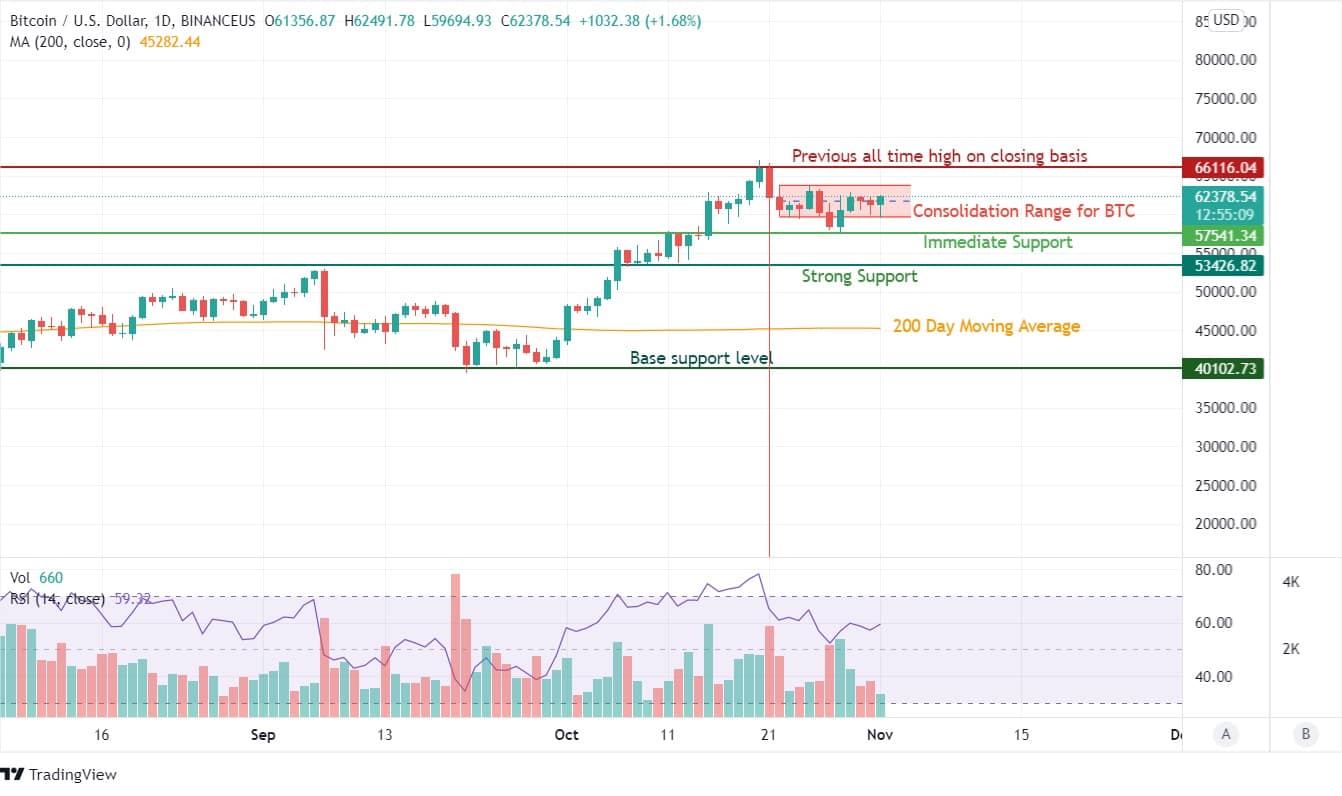 BTC is moving at a stagnant level but with a higher buying action. RSI indicating a level above 60 adds a positive outlook to this cryptocurrency, but sudden dips and spikes in volumes are still difficult to decode. Last time the slow rise of volumes helped BTC come closer to $65,000. But, this time, BTC has seen a higher action, including profit booking.

Hence, BTC will be heading towards a six-digit number very soon. 200 DMA has remained as a horizontal line for now and remains over $15,000 away from its current levels. Such a difference doesn’t seem like a negative stance for the king of cryptocurrencies.

Another positive aspect to help BTC reach the higher value would be based entirely upon the ETH’s attempt to head towards PoS validation. This could create a strain on the mining income of any professionals who would be heading towards BTC to add more revenue. As per our Bitcoin projection, despite higher energy consumption, the BTC ecosystem is all set to flourish. To know more about bitcoin betting, click here.

Shiba Inu Jumps 30% in 24 Hours; When Will the Volatility End? 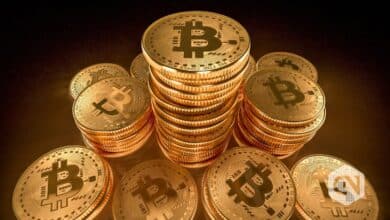