Bitcoin has been considered digital gold since the very beginning because of its scarcity and durability. Bitcoin has a huge potential to move upwards and even realize the long-term targets of $100,000 that experts have presented for this cryptocurrency since 2016. The environmental impact of using electricity produced from non-renewable sources did downsize BTC to new yearly lows, but the turnaround from $28,000 levels has been just as spectacular as the rally in April 2021.

After consolidating near its 200 DMA levels of $44,600 for over a week bitcoin has given another big breakout, which has huge upside potential. The current price action consisting of frequent profit booking and retesting of support levels carries a huge potential for BTC. Once Bitcoin manages to consolidate or breakout from $50,000 levels, we can easily see it offering over 20% gains in the next couple of months. Keeping aside the mood for profit booking, one can easily book the levels of $60,000 in the next couple of months.

Technical indicators, market sentiment, and broader buying in digital assets highlight the benefits of using a cryptocurrency such as Bitcoin.

Bitcoin has a strong price action in all time frames, months, daily, and even hourly, which offers huge confidence that it can realize the price target is set by crypto experts. Getting down to the technical indicators to assess the current strength and weaknesses and decide on a suitable target. 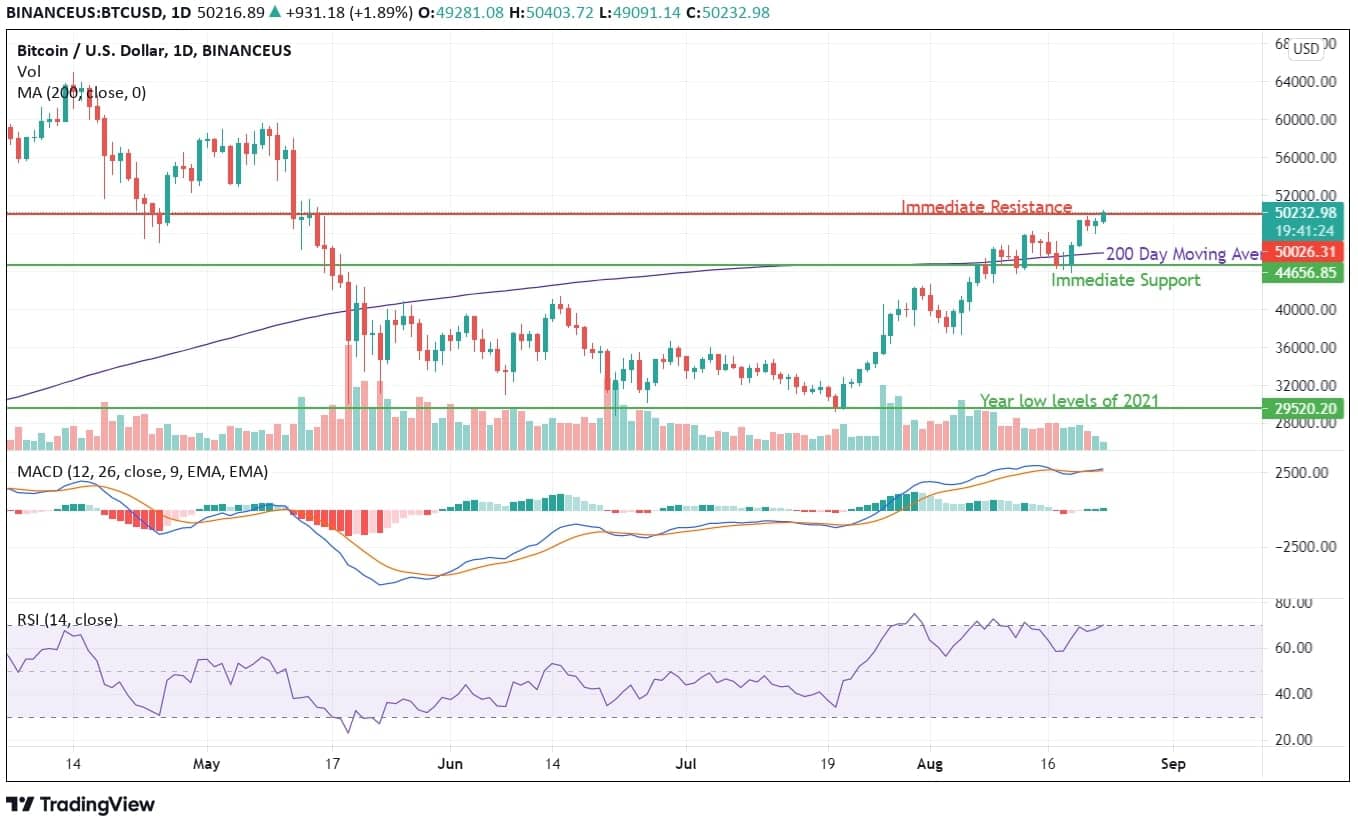 One-day charts show Bitcoin breaking its immediate resistance as per the price action of May 2021. The breakdown pivot points of BTC have been converted into strong support for the current upside rally. One can expect some small consolidation but buying at every dip will be a good strategy. As per the RSI indicator, BTC has been in a strong positive buying sentiment, which is similar to the one in April 2021, as RSI has never fallen below 60 in the last month.

MACD indicator also identities a bullish divergence, indicating further breakout and upside potential. Although the momentum and volumes have been slowing down, BTC should consolidate above 50k. Only one downside is BTC realizing its target of 50,000 fairly quickly, which can also initiate a new profit booking sentiment.

On the downside, we have strong support at 200 DMA levels of $45948, which is slowly moving upwards meaning the support will rise pushing BTC to new highs for the month. At present $60,000 seems a realistic target to achieve by October 2021 if the current sentiment survives the consolidation movements as per BTC price prediction. 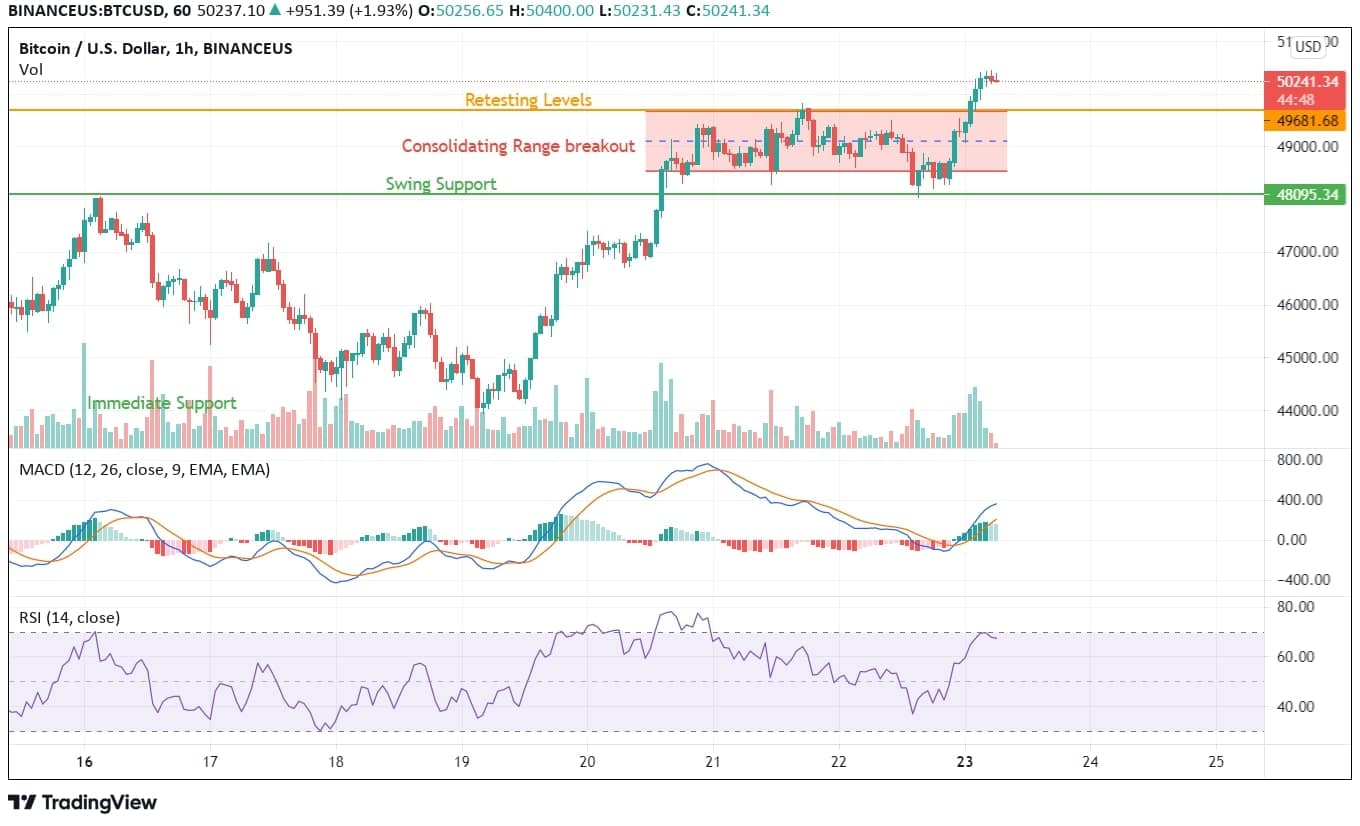 Bitcoin’s rise above $50,000 is a fairly fresh breakout even on hourly charts that came after a consolidation range of $48,600 to $49,600. This breakout will be retesting the resistance levels of $50,000 before hitting upwards. There is a small probability of profit booking at current levels, which can push BTC back to the 45k levels, hence one should be very alert about any sudden change in the price momentum of increasing negative volumes as per our BTC price prediction.

RSI has hit fresh highs of 75 levels with MACD indicating the continuation of the bullish divergence. Any downside should be supported by 200 DMA, followed by $48,000 levels, and finally strong swing support at $45,500.

PUBLISHiD Is All Set to Make Its Debut in September