Bitcoin is undoubtedly the crown jewel of cryptocurrencies. The success of this crypto is mandatory for the entire industry to survive. Considering BTC as a haven has allowed others to focus on the mass acceptance of cryptocurrencies. BTC is valued at $781,694,938,483, with 91% circulation of its total supply.

At the current price of $42,291, Bitcoin is neutral compared to the prior 90-day price level. Despite the ups and downs, Bitcoin is nowhere close to where it was during the profit booking session of 2021. Buying sentiment would revive as BTC overcomes the immediate and strong resistance levels.

Bitcoin turned out to be positive for March after being supported by a strong breakout that began a strong upside movement. Being tackled again by the utterly important Moving Average of 200 days, investors are confused about future BTC possibilities.

Falling back from these levels can push Bitcoin under $40,000. Click here for a deeper dive into the minute intricacies of Bitcoin price projections action on different technical indicators. 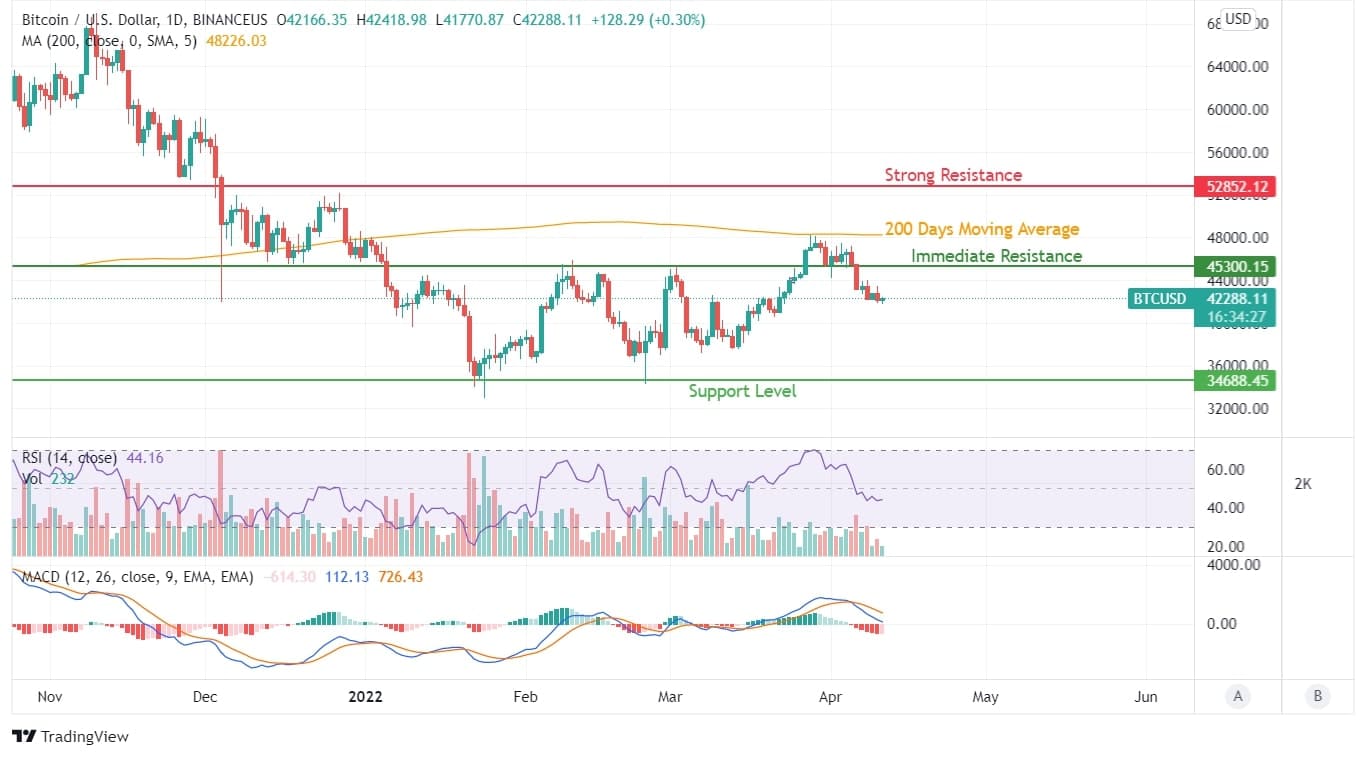 Bitcoin has turned negative for daily charts with a clear loss over the last 13 trading sessions. Despite being negative, this decline is not weak in any sense. Over the last few days, the BTC price has tried an attempt to avoid breaching $45,000 levels again and remain in a consolidation zone for further price action.

Backing this claim with the the RSI curve, the price trend dipped RSI below 45. This severe dip in buying sentiment creates a potential for the price to match the sentiment or vice versa.

Transactional volumes have remained the same over the last two months, so shifting towards other cryptocurrencies doesn’t seem to explain this decline. Prior investors would be looking out for consolidation near the 200 DMA curve to make buying.

Once BTC manages to overcome the resistance and profit booking sentiment near its 200 DMA curve, we can expect a better rally towards $50,000 and above. $45,000 comes out as an immediate resistance before the 200 DMA curve of $48,000.

Breaching these two levels will put buyers in front of another humongous resistance level of $52,800 that instructed the price action on Bitcoin for four months. The room for play has increased, and BTC can move anywhere between 10% to 25% in the coming months. 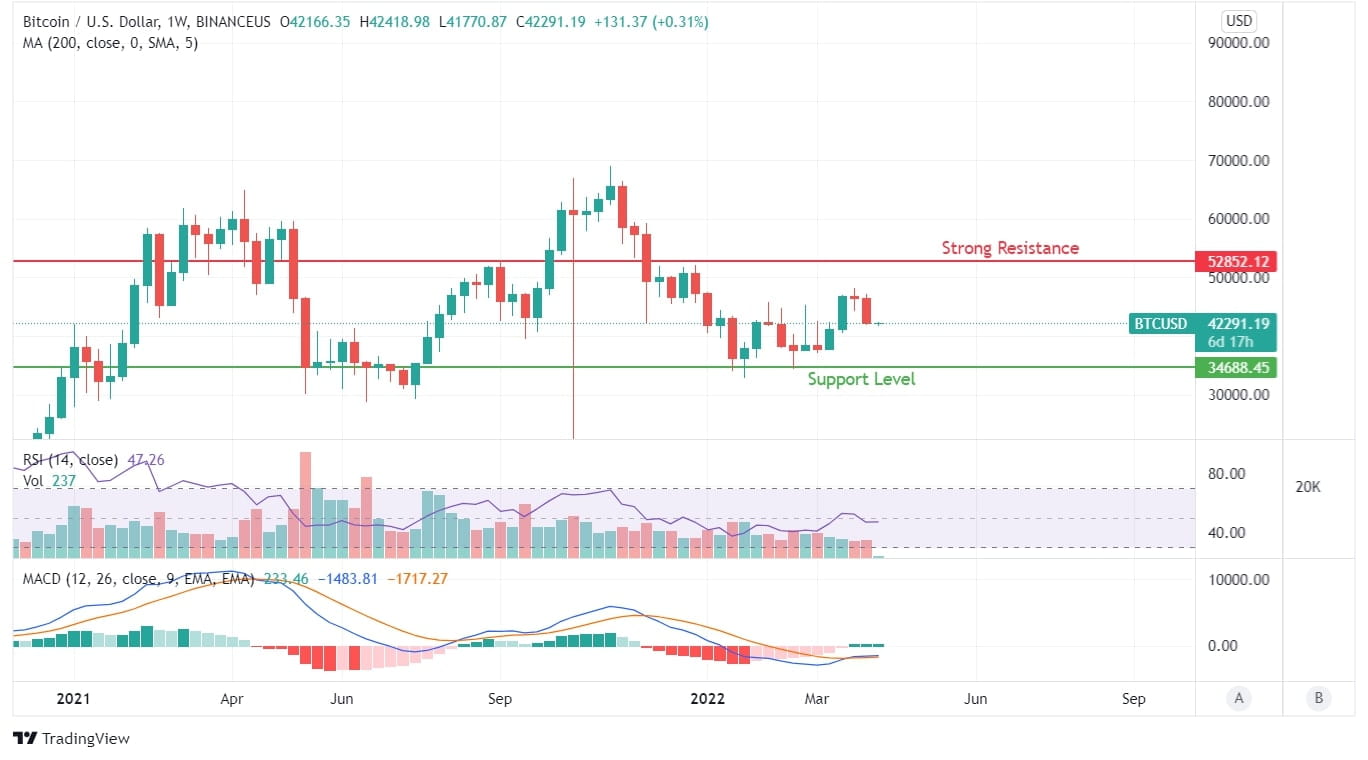 On the weekly chart, the candlesticks state a different story. The initial candlesticks of March 2022 indicated a mixed sentiment, with the bottom level fixed at around $36,500. On the back of these candle patterns, BTC marked a breakout with an attempt to breach another significant resistance level.

After two weeks of bullish buying, the formation of a pin bar candle entrapped buyers at a higher level. Fresh sentiment can revive post breaching $48,300 or retract a few thousand points below and offer BTC buyers a better value to average their prior investments. The MACD line on weekly charts creates a bullish crossover and holds a positive stance while RSI remains in the neutral zone.