The cryptocurrency total market cap suffered through the greatest low recorded in recent years in just a few hours. However, the dominance of bitcoin stayed on top of the charts even after falling from the already recovering phase. But as the crypto market starts to show signs of recovery as a rebound almost convincingly, Bitcoin manages to hold the place of dominance even yet, pushing its index higher up.

Market analysis records from the last 24 hours show that the dominance of bitcoin hits 55 percent achievement which is its highest point of recovery since December 2017. In a few days, the index number of cryptocurrency amplified significantly from 51 to 55 percent as a result of largely lost out tokens against bitcoins.

Unfortunately, things aren’t looking so good for the crypto market capital that has to fall to a yearly low of $192 billion where it has always held the high head at the mark of $200 billion. Along with the current market and cryptocurrencies, bitcoin and the rest of the industry is still seeing a downward trend at a mere trading rate of $6,000. 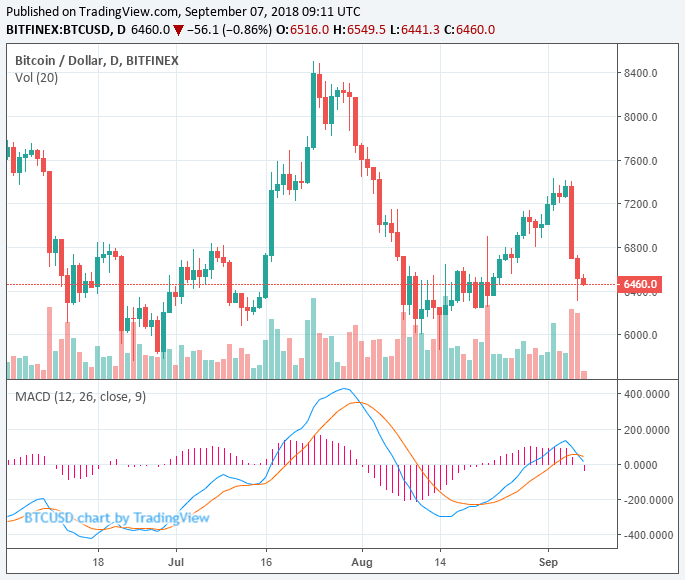 CCN reported yesterday in its news that the Goldman Sachs, an institutional firm has to steer themselves away from creating a much-hyped bitcoin trading desk and has now focused on creating a crypto custody option that has no known effect on the price of Bitcoin. The reports also termed this to be the conclusive factor triggering the currently followed downward trend in the market. Moreover, this new information report was seen to be a “negative impact on cryptocurrency sector” by its reporters regarding the plans of Goldman Sachs.

After the CCN reports release, CFO of Goldman Sachs, Martin Chavez himself stated the statements to be “fake news.” The chief financial officer rejected any implications indicating the delay of the project by the bank whatsoever and characterized the insinuations as false.

At a recent TechCrunch conference, Chavez smartly commented on the scenario and complimented on their ability to always wind up in the news no matter how and what. He thinks that it is the “wonderful thing” about them that they referred. But he has to issue the CCN reports being “fake news,” even though he doesn’t really “use this term.”

For those who blame Goldman Sachs for being the main downfall trigger which dropped the price of bitcoin to $7,000 to $6,400, this isn’t the case. If this had been true, then the BTC rates should considerably rise higher, at least after the direct denial from the firm itself. Ruling out the effect of the bank on the fate of BTC and its inability to regain previous resistance portrays the effect of a large sell-off resulted because of large sell pressure built on Bitcoin apparently since August.

The future of the bitcoin depends on its capability and levels to reach the mark of $7,000 back again in 48 hours. If not possible, it is highly likely that the rates will soon reach the resistance of $6,000 level one more time. This year hasn’t been the most fortunate when it comes to these rates, as bitcoin has already left its mark on the coveted borderline previously in April, June, and August.

However, the market expert doesn’t see the $6,000 low as necessarily having a negative impact. According to Bitcoin price prediction, it will allow the current dominance of the currency to bottom out at low rates as well as prepare for a mid-year rally tentatively in the coming months.

What do you think is the reason behind the sudden drop and bitcoin’s inability to meet previous levels of price rates? Where do you envision bitcoin as a dominant cryptocurrency in the meantime?