Since the flash crash, a hostile stance has been hovering over BTC, promoting holders to book some of their profits. Flash crash occurs rarely, but once it does, the positivity on the asset goes down the drain. Had this profit booking stopped before the immediate resistance, we would have witnessed a fresh all-time high in BTC. But unlike previous times, this time, BTC breached its direct support of $60000 with a substantial downside movement.

BTC is undoubtedly positive compared to previous highs and recent price actions, but comparing last week’s movement on Bitcoin indicates negativity on a smaller time frame. So far, there has been no competitor reaching even close to 50% of its market capitalization.

Bitcoin faces flak, and sellers are back in action. Profit booking at BTC was supposedly expected because of this all-time high range it has reached. Instead, consistent profit booking has pushed the Bitcoin price from $67000 to below $59000.

As per the Bitcoin price forecast, we have instead witnessed a profit booking stance. 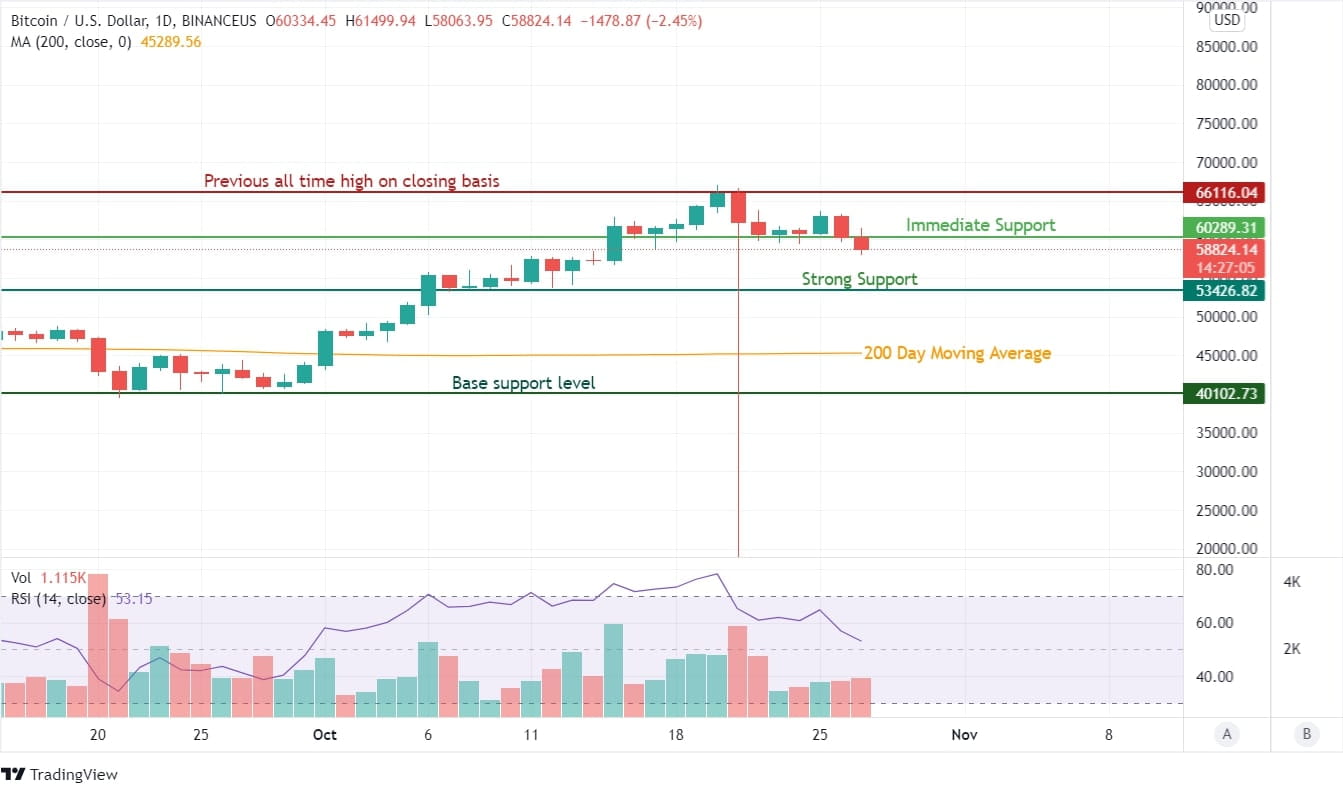 Bitcoin indicates a possibility of tremendous profit booking to the tune of $45000. This possibility is not because of its previous swing levels around $40,000. Rather the fact that its 200 days moving average has been moving in a straight line in the last two months indicates close to no positive movement.

RSI levels on bitcoin breached the overbought level momentarily, staying in an extreme buying zone for a week. Rarely has a coin remained in overbought zones for long.

Since the current fall in value has not been reflected equally by the daily transaction volumes, investors are relatively safer and need not worry about this 12% profit booking. BTC has a base support level of $40000, with immediate support at $53,500. On the other hand, resistance is nowhere active so far.