Bitcoin (BTC), at the time of writing this analysis, was trading above $10,200 after having a sluggish trend for the past 5 days when the coin tested supports at $9,600 and $9,700. Moreover, the “golden crossover” on the daily chart is hinting towards a hefty Bull Run and today, the coin rises above $10,000 again.

And, if the history repeats from April 2019, this “golden crossover” is likely to have an impressive price rally, and BTC is likely to hit a fresh 52-week high. With steady support and momentum, Bitcoin price is likely to face resistance at $10,500 again and this time it anticipated to cross above the same and fall within $11,000 price range. 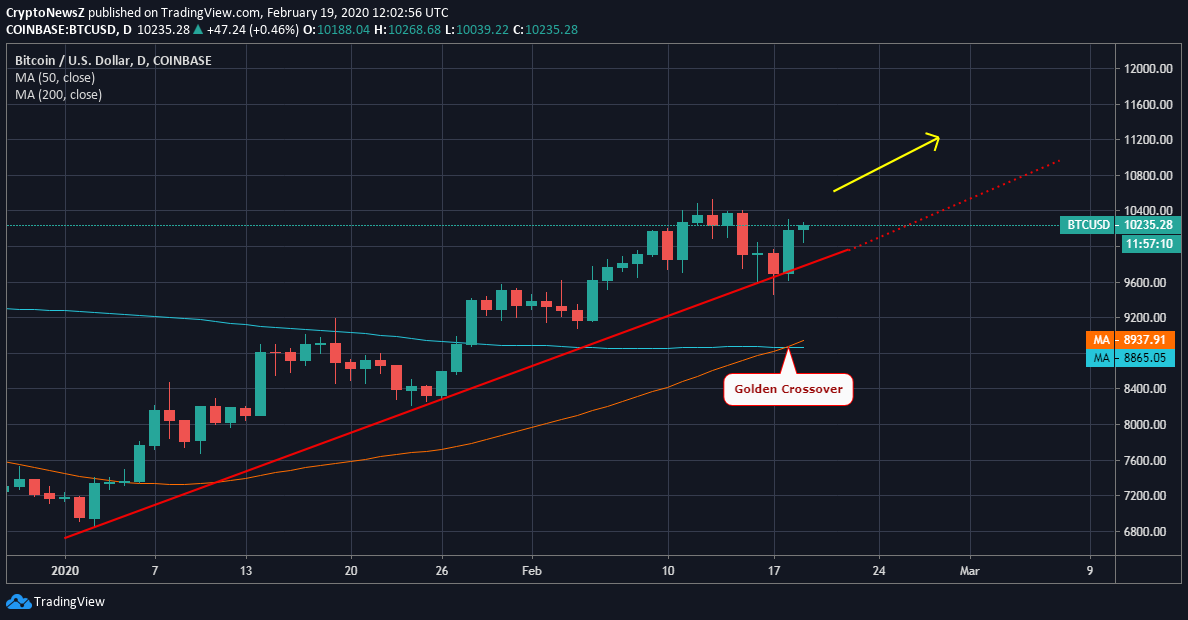 As per the current pace, our Bitcoin future prediction, and price trend, we foresee a rising trend and a confirmed Bull Run in the upcoming days.

Analyzing the day after this “golden crossover,” i.e., today, we see that the price of BTC has risen from the support zone of $9,600, marking a hike of over 6% in less than 24 hours. Moreover, there has been a persistent price rally since the beginning of the year from $7,200 to the current trading price. The positive intraday move has led the BTC Value to gain steady support from the daily moving averages and all the major altcoins trade in the green.

Alongside, the technical indicators laid also exhibit a bullish crossover as the MACD line of BTC crosses above the signal line, and the RSI lies at 53.86, with no trading extremities.

Blockchain and e-Commerce: An Inseparable Duo

Bitcoin’s Volatility Seems to Not End; Can BTC Rise to Its Glory?