Annual Bonham car auction is always spectacular as it raises their goodwill by bidding exotic and classic cars like Ferrari, Bentley, Bugatti, and Lamborghini. They are known for their offers extended from bidders of China, Turkey, and Dubai. But this year will be special for the auctioneers as they will be able to close the sales quickly for the first time with cryptocurrency use.

For the general public, this can be no big deal, but there are many benefits of closing a deal fast which is very impressive to multi-millionaires. But you may wonder about how cryptocurrency comes into action with the cars and the auction?

Well, Elizabeth White, CEO of The White Co., tells us that the number one car, particularly for the auction and cryptocurrency, is Lamborghini. Her company makes a market where it accepts the cryptocurrency owners in a deluxe goods space.

When the buyer uses a foreign and non-USD currency, it naturally takes the sale a few weeks or even a few months to close. The process that allows such transactions or auction offers to work is when the buyer sends the cryptocurrency to the White Company’s cryptocurrency wallet electronically. Later on White, as a hedge fund, issues dollars to Bonham in half an hour.

White says that one of the great benefits of using cryptocurrency for a task like this is because it works as a global currency. It makes it more viable for situations of auctions where you see bidders from all around the world there to take the experience and something even more worthy, like a Lamborghini.

If there is one thing about cryptocurrency that you can be sure of is the volatility of the crypto market which fluctuates wildly, more so than the dollar or other currency. On the other hand, the auction house doesn’t seem keen on associating themselves with their department or work with unstable bitcoin prices.

So by allowing cryptocurrency in their bidding, they attract more bidders to participate who are willing to “dollarize” or monetize their currency to be a part of the auction. Nonetheless, a process like this also calls attention for bitcoin billionaires to take part and increase the number of bidders which automatically translates to better sales. 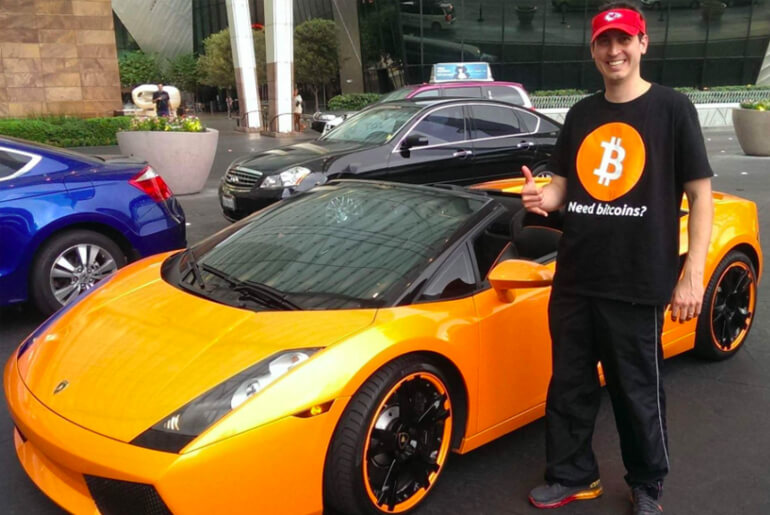 The White Company has successfully transacted more than 30 Lamborghinis, a Ferrari worth $4 million and associated a sale with a teenager that started bitcoin mining on a gaming computer and bought a Nissan GTR despite not having a driving license yet.

The cryptocurrencies like Bitcoin and others have the reputation of being the choice of currency for those who have longed for Lambos all their life. And now there is less threat of criminal activities over Bitcoin as there are several reports that suggest that there is lowering use of bitcoin by cyber-criminals which makes it a better choice of currency.

There was an argument over how this would allow the nefarious entries in Bonham to which White had a reply stating that every recorded transaction is publicly accessible of Blockchain. It makes it rather “more transparent” to the users and bidders to be aware of their auctions. White and her companies are at least aware of their clients.

White is setting a notable path for creating a market which allows the buyers to buy luxury goods using cryptocurrency. One more beneficial stroke by the company is fast transactions. Traditionally the crypto holders are allowed only to cash out $10,000 per week, but with White, you can transfer millions of crypto just within few seconds.

However, with the volatility of the crypto market, it makes it a little unsteady for the company to hold one price to the crypto. So if you are buying a $1 million car, you might have to transfer $1.1 million worth of cryptocurrency. After that, the company decides to either hold or trade the bitcoin then onwards.

White recently launched “stablecoin” which has the price adjoined with the US dollars to beat volatility. There is a wallet exchange which allows them to trade bitcoin with stablecoin for getting stability in the process and prevent volatility in the transfer.

However, with the ease of transaction there comes more risk and you as a bidder should prepare for anything in this market. The crypto market of today is in a slight slump as compared to a solid stock market. But if you are using cryptocurrencies for buying Lamborghinis, you should be well-accustomed to some perils.