Apex cryptocurrency Bitcoin crossed the $18,000 price point on Thursday and is inching closer to its all-time high price point of $20,000 that it touched way back in December 2017. The steep rise in BTC prices has invited mixed reviews, though almost everyone is bullish for the long run. Tyler Winklevoss, one half of the famous billionaire Winklevoss twins and Co-Founder & CEO of Gemini Exchange, said that Bitcoin is back, and all the closed doors will open again.

And #Bitcoin is back in the high life again, all the doors that closed one time, will open up again 🎶🚀 pic.twitter.com/gjDEQ19zQN

In the later half of 2017, Bitcoin began to rise out of nowhere, and by the end of the year, it had touched the magical figure of $20,000. However, what ensued was a 14-month long decline that broke several investors and led to various crypto companies’ closure. The industry experts, though optimistic, are aware that there could be a pullback or a price correction, therefore cautioning the investors.

Asking the investors to be prepared and not concerned, derivatives trader and crypto analyst Tone Vyas tweeted that Bitcoin can pullback by 25% to as low as $14,000 or $12,000. In the same tweet, Tone also said that this correction would be the best thing before the mega rally to the $100,000 price point.

No one should be scared or concerned if #Bitcoin pulls back for a 25% correction to as low as $12 (14k more likely). It would actually be the best thing possible before the inevitable $100k $BTC price:
Full Video 👇: https://t.co/dea8RWbtqG pic.twitter.com/9xJJbNvDSQ

Since the Bitcoin recovery began in February 2019, the market has witnessed several ups and downs, making it quite volatile. While the $100,000 price point may sound too optimistic, it is not the first time that such claims have been made. Like John McAfee and Max Keiser, several crypto advocates had predicted the same, and even a $1 million price. That said, all of the previous claims have turned out to be too far-fetched predictions.

Bitcoin and ERC20 Assets Now on Elrond Via Poly Network

Will Bitcoin Hit a Fresh All-Time High Before 2020 Ends? 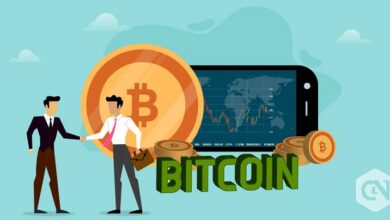