The Bitcoin movement was mostly mum for the entire month of September, but we are witnessing a phenomenal return of buying sentiment on the first day of October. 200 DMA active at $45,212 has been breached and should ideally work as a support level in case of any fallback or sudden profit booking.

BTC holds the king title of cryptocurrencies with a market capitalization of above USD 882 billion with a trading value of $47,150. The psychological level of $50,000 is within its grasp, with a difference of just 6% of rally required. The first weekend of October will be very much instrumental in drafting the further price movement possibility across BTC. The uptrend in BTC will be beneficial for all NFT tokens.

Therefore, one should remain vigilant and take an entry, understanding the amount at risk as per our Bitcoin projection.

Bitcoin buyers finally defeated the looming negativity and successfully retraced from close to $40,000 towards $47,000. 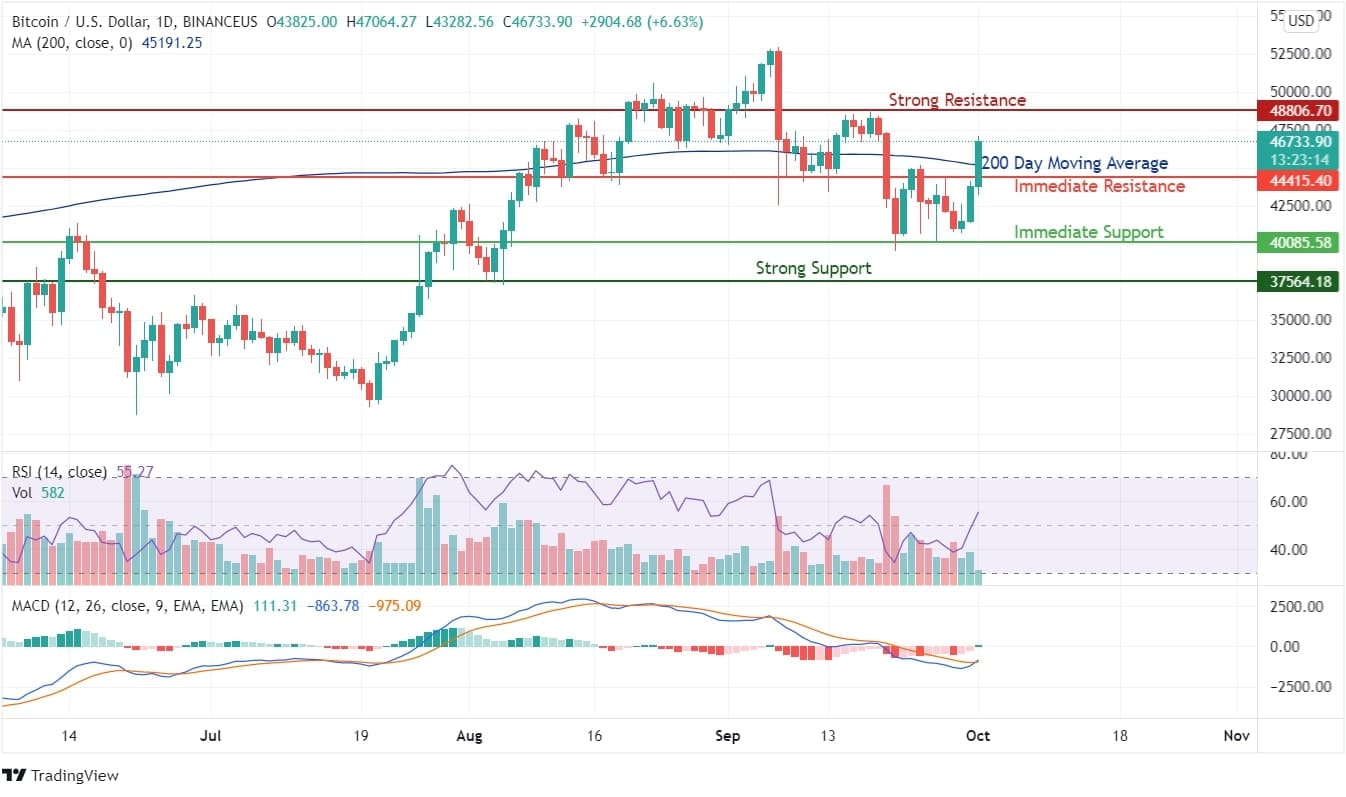 Bitcoin has finally overcome the selling pressure of the last four weeks, which was active from the September 07, 2021 profit booking. Since the previous two days, the movement has helped overcome the immediate resistance levels and even breached the 200 DMA levels, which is counted as an important trend establishing line. When analyzing the price action, BTC was trading above 8% and now eyes $48,000.

Buying sentiment analyzer indicator of RSI has taken a huge bounce back from 30 to above 56 levels in a matter of fewer than two days. Volumes have been dipped in terms of quantity compared to the previous weeks, but buying sentiment is relevant to the indicators.

On the MACD indicator, we are close to getting a golden crossover at any interval indicating further positive buying sentiment. $45,000 and $40,000 have evolved as strong support levels, followed by the 200 DMA and 100 DMA curves. 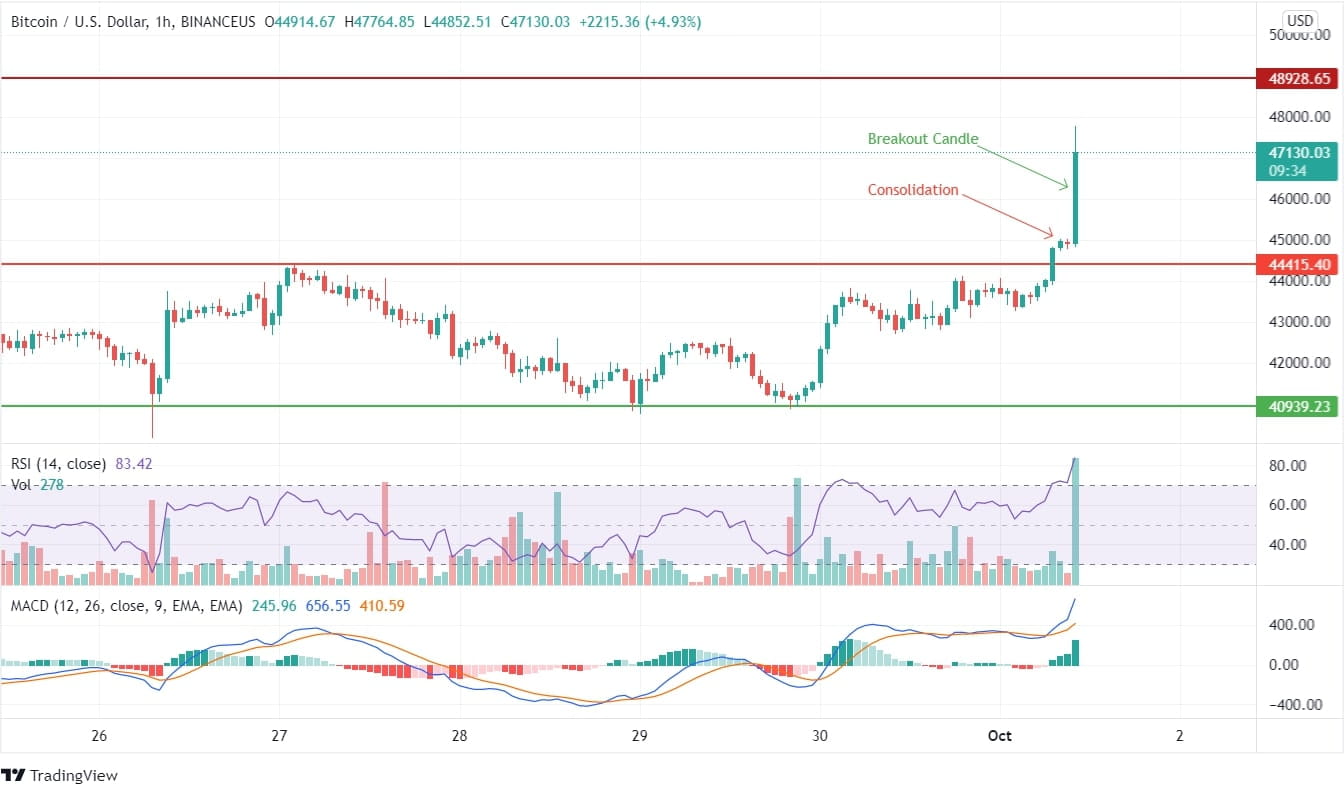 BTC took support from $40,939 and moved upwards to reclaim the $44,500 level. The movement looked strong but was soon followed by a huge breakout candle standing at 5% in an hourly candlestick pattern. The volume on this candle shows 279, which is substantially higher than any previous hourly traded volumes in the last week. While such movements are induced by institutional buying, this candle and its strength to remain above $48,000 will define the further possibilities in the BTC counter.

Extreme bullishness can be derived from both RSI and MACD indicators, but an engulfing candle is a higher probability.

Wallester Makes an Investment in the NFT Industry