Bitcoin’s decline and bearish crypto movement was a sudden sentiment change created by the collapse of LUNA as it lost its peg. To save UST from further decline, BTC was sold to create a hedge.

Now that the initial negativity has subsided, BTC could return above the $35,000 level. Still, there can be frequent ups and downs until it can overcome the immediate resistance level.

Bitcoin lost a huge market value in the last six months. Bitcoin emerges as a 5% positive movement on top of a massive recovery from yesterday’s low value that helped BTC close on nearly zero loss for the day.

Bitcoin was falling in an explicit action of massive sell-off sentiment, pushing the crypto giant to under the first low since January 2021. Ideally, such a price would be seen as a great buying opportunity since BTC has repeatedly bounced back from under $30,000 levels twice since 2021. 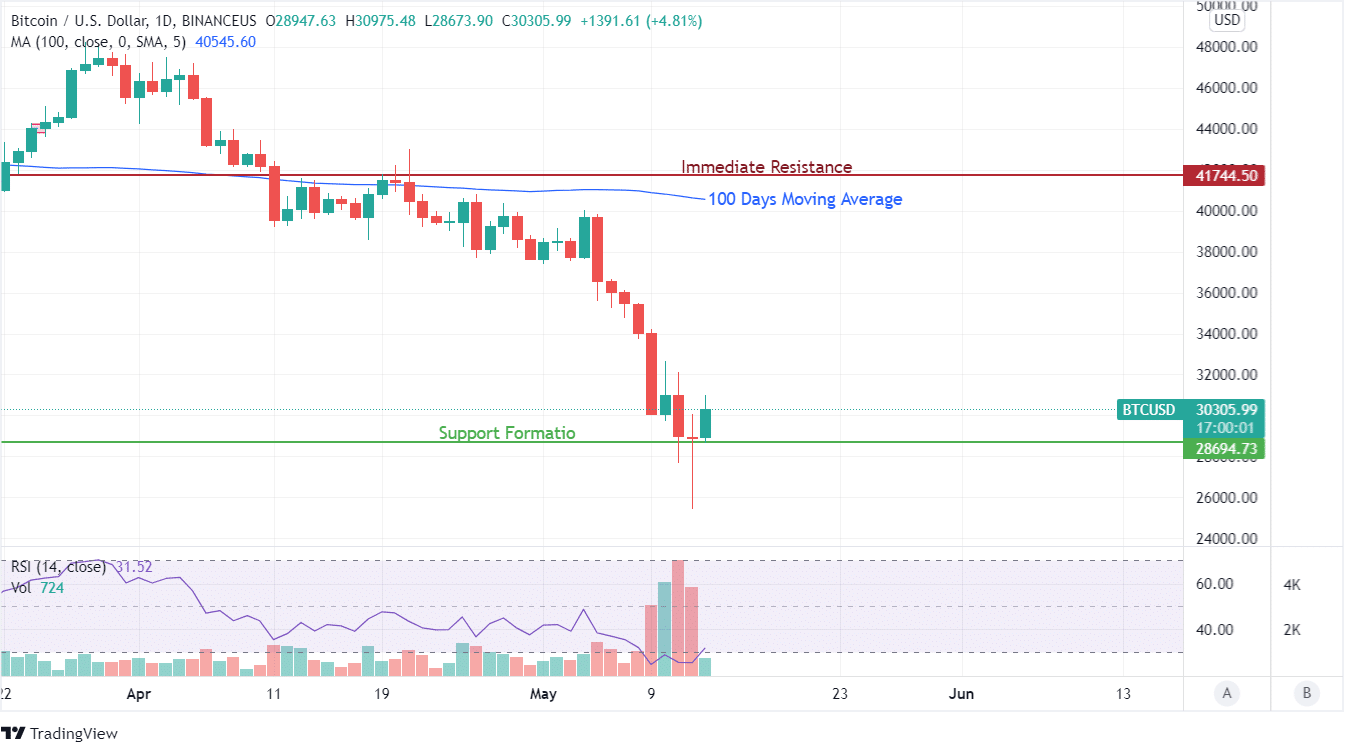 Bitcoin’s daily price trend shows signs of recovery as its price moved up from $26,500 to $30,500. The initial recovery phase would require a strong buying sentiment and a significant upside movement to reach a short-term positive momentum.

Despite a considerable rise from its initial price movement, it would not be considered a positive trend since the price has just entered a base level considering previous higher levels.

In the short term, $50,000 would emerge as a resistance level until the average levels decline, creating an ambient movement for an uptrend.

RSI on daily candlesticks pattern has improved from 25 to 31, coming out of extreme negativity. These initial indications should bring in new investors to BTC’s aid. Read more about the future projections and sentiments to get a better idea of BTC coin price prediction. 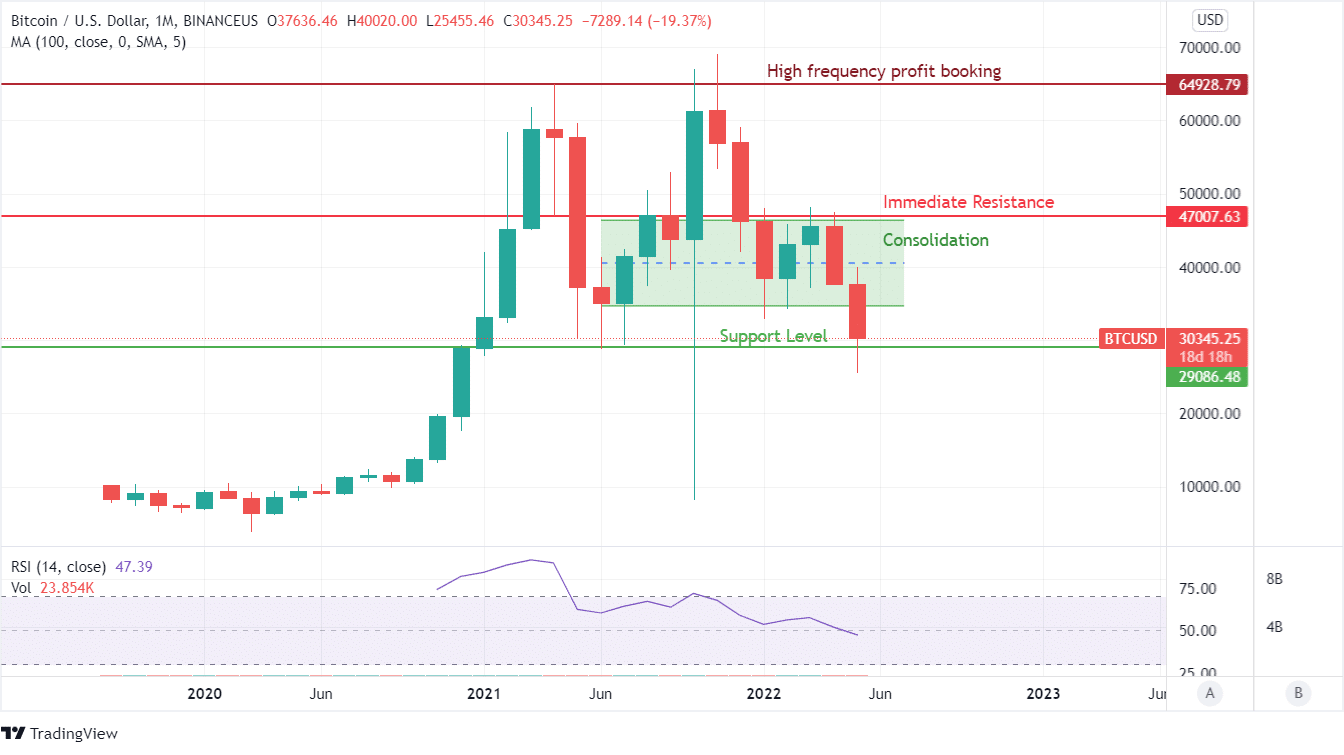 Bitcoin’s price movement indicates a negative sentiment compared to the price level of November 2021. The only positiveness in a lower value of BTC is its accessibility to new buyers, given its discounted value.

Bitcoin could witness a massive surge in buying sentiment with very little to no profit booking till it faces some resistance or shaking price trend. If prices move up to $35,000, there could be consolidation up to $50,000 levels.

The current value is beneficial for new investors, but the price trend would be choppy until $35,000.

The YashaDAO Is Looking To Fund DeFi’s High Potential Projects

Bitcoin Is Down: Are You Expecting a BTC Miracle Again?