Bitcoin, the king of crypto with the largest market capitalization, still maintains its dominance with more than double the market value of ETH. With its $598,072,136,863 valuations, there wouldn’t be any new development on the existing parameters of Bitcoin. Enthusiasts expect it to trade in 2 Trillion USD in the coming years.

To realize this value, BTC will have to turn five digits long and above 105k. It might seem possible in theory, but considering that BTC alone weighs 47% of the entire crypto space, more than 3x investment in the crypto space is required for a 2 Trillion BTC valuation.

BTC has potential storage value only until the majority decides that it is worth what is being mentioned. The traditional methods of calculating valuations don’t apply to crypto space, and it follows the path of supply and demand without severe restrictions or guidelines of centralized authority.

Bitcoin has witnessed the most dramatic sell-off since July 2021 and even breached $28,500 levels. While the level wasn’t a sign of a sell-off, it indicated the fear amongst crypto buyers. No matter how the market moves in the long term, trend reversals and breakouts often happen either because of buyers’ Fear of Missing Out or their Fear of Losing All.

Instead of blindly believing in guts, traders must analyze the key price level and Bitcoin prediction to make the best investment decision! 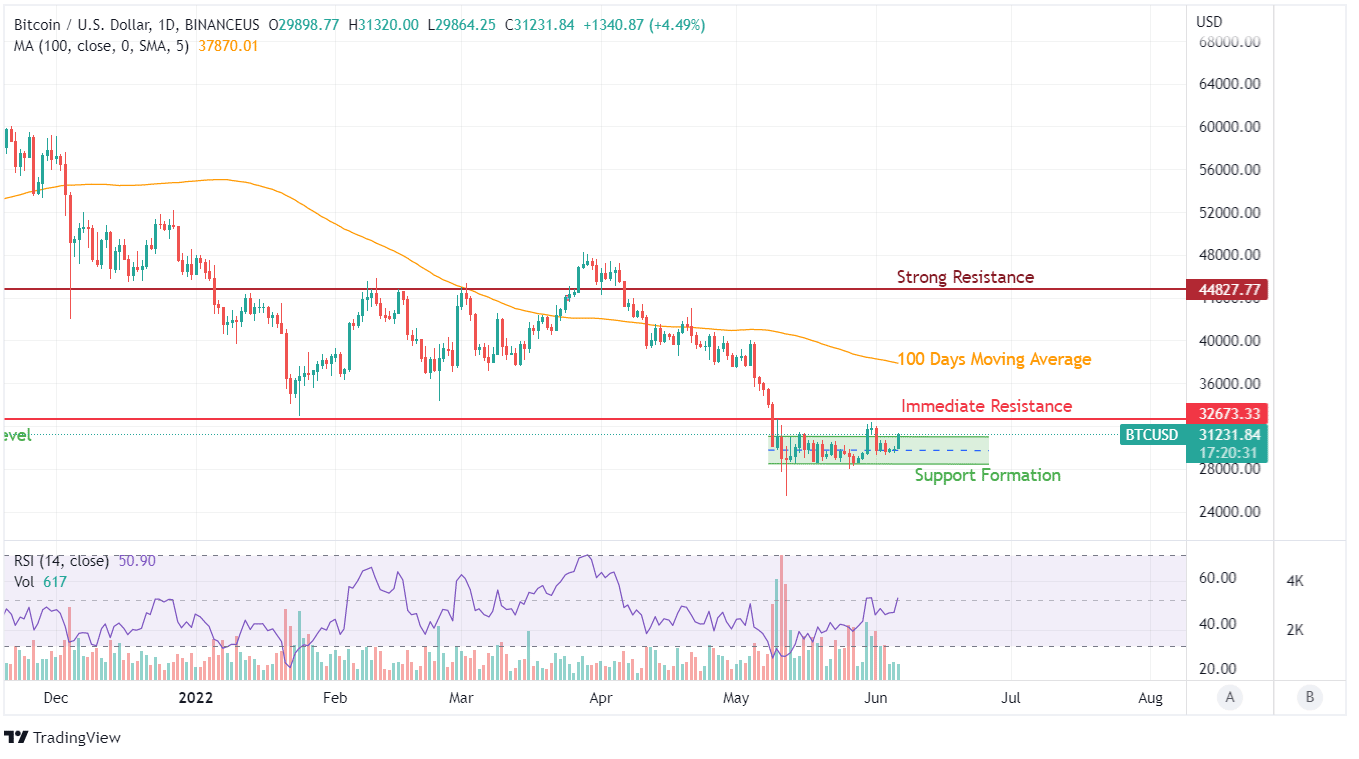 Bitcoin witnessed a disastrous fall breaching the lows of $29,807. The fear induced by this breach pushed Bitcoin to lower levels of $28,936. However, this slowdown was temporary, and BTC quickly jumped back into the same zones above $29,000. Since its slight retracement, BTC has managed to keep the profit booking and panic selling at bay.

The first attempt to breach $31,000 saw a complete failure as dip buyers booked quick profit. It took BTC another four days to bring a positive sentiment, and this time the RSI indicator is showing a huge lift in buying sentiment as it crosses the level 50. BTC could witness further consolidation above $35,000, but it will have to clear the immediate resistance level of $32,673.

There seems to be a good probability that buying sentiment would hit overbought levels before it breaches $40,000 in real-time. While this situation would naturally prove fatal, considering a slight price hike from one year low has lifted RSI drastically is a fact that shouldn’t be ignored.

There also could be a reverse possibility that whales are buying at lower levels, and they could dump their holdings as Bitcoin moves to fresh highs of a better psychological resistance level like $50,000. On the downside, there is a limited possibility for BTC to head below $25,000 in the coming trend.

The price momentum would generically be moving upwards from this point. There could be subsequent profit bookings, but the risk to reward ratio seems to be much stronger at current valuations. 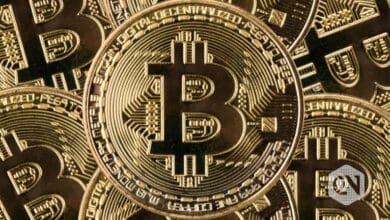