Bitcoin has been considered the mirror for the performance and growth of the cryptocurrency industry as a whole which is with a little over $1000 billion. Despite its dominance to the tune of 3x the market capitalization of Ethereum during its peak cycle, BTC now remains just 2.4 times.

The current market capitalization of Bitcoin remains $435,399,405,529, based on the last traded value of $22,868. The volatile price action has presented Bitcoin as an illustrative token numerous times, but in reality, BTC is not growing at the same pace as other leading blockchain and cryptocurrencies.

Bitcoin is once again beginning from the breakout of January 2021 levels. Technical indicators have been negative in the long term, with a small glimpse of a trend reversal. The story is more towards positive consolidation with fear of resistance levels in the short-term daily charts. Read our BTC price prediction to know the future of the token in detail. 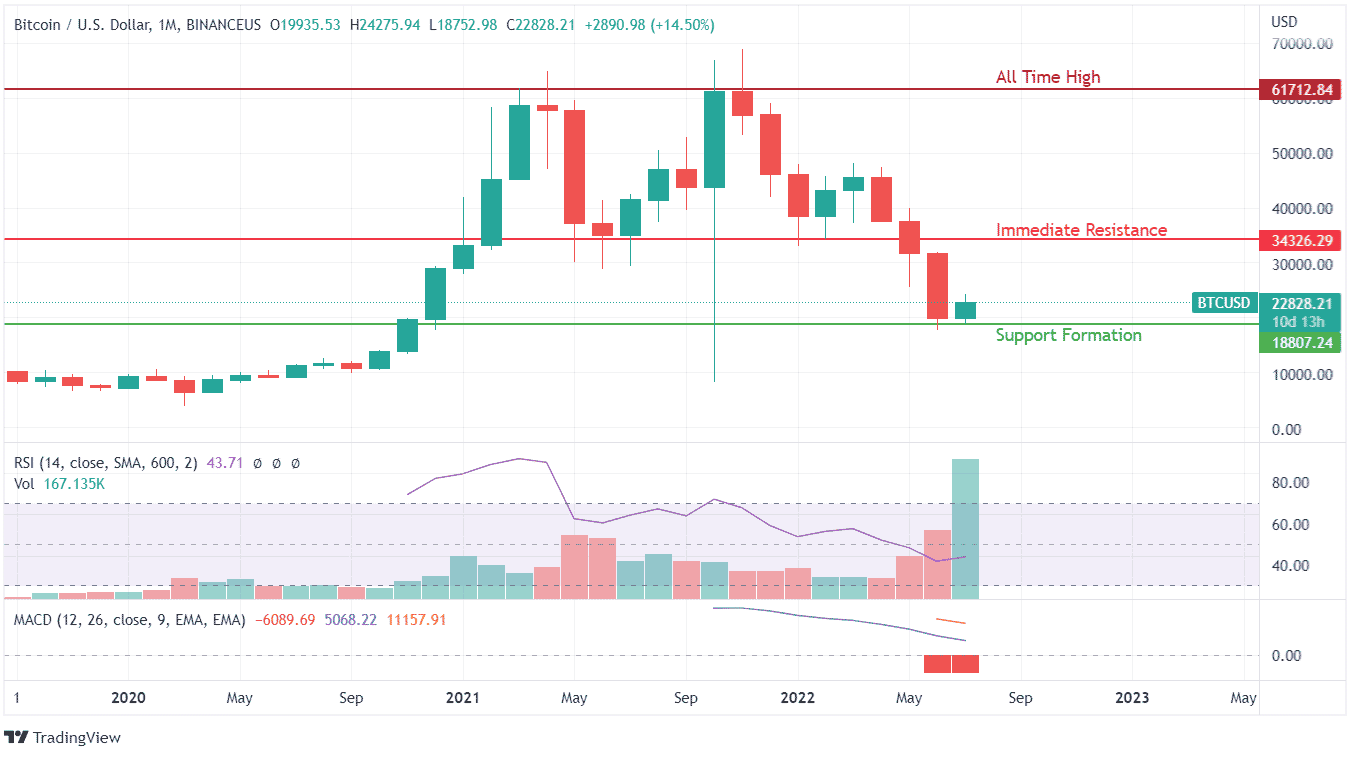 Everyone is well aware of the BTC spike of 2017 and 2020, but 2021 was a consolidative year. In this light, BTC has had one of its worst years, wherein the prices have tumbled from $45,000 to $17,744 in June 2022. Although the candlestick has been positive for July so far, there is a wick formation that needs to vanish by the end of July 2022 to project Bitcoin in a positive stance.

The immediate resistance to this price action is elevated to $34,326, with strong support at $18,807. The all-time high zone is out of the question for the next few months. To return to $60,000 levels, BTC needs to make a huge jump. The volume for July 2022 has already doubled compared to May 2022. It could be an indication of the pump and dump by whales that buyers need to defend themselves. 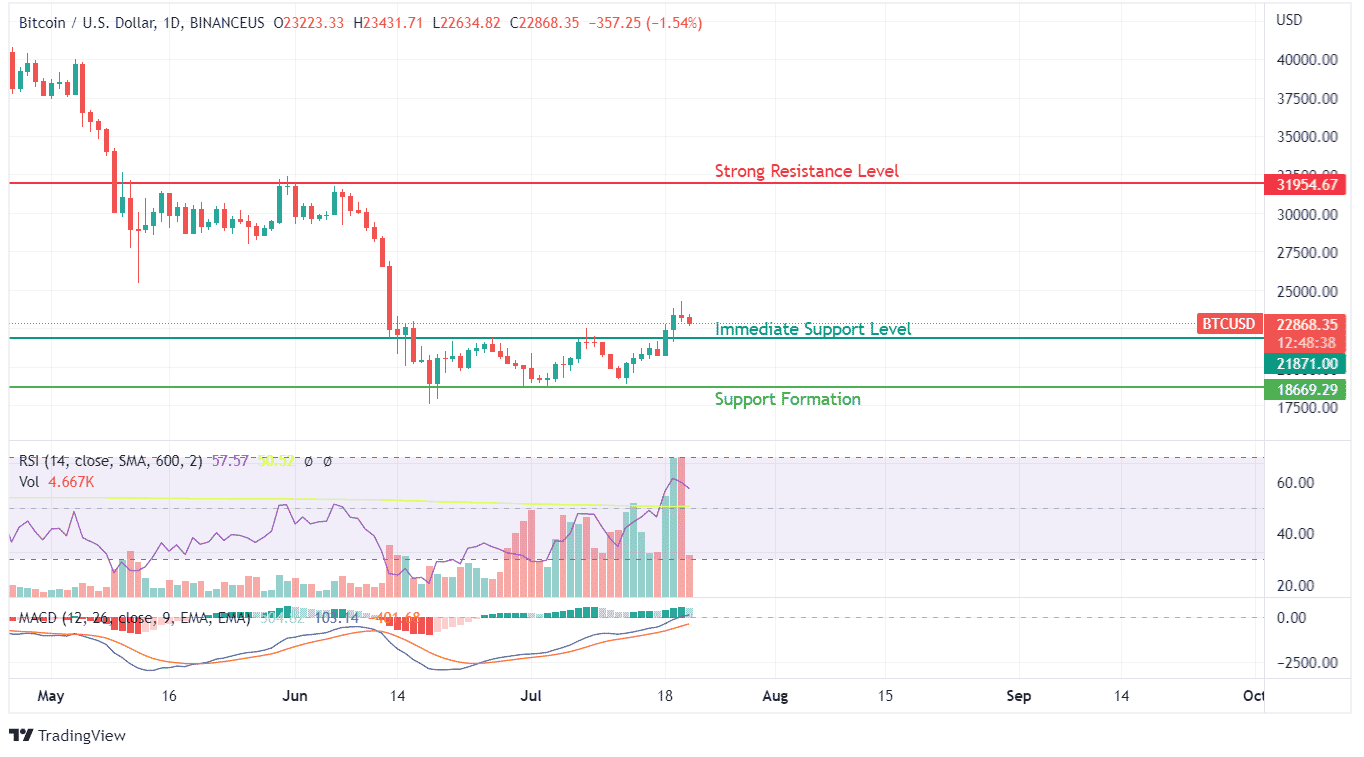 Short-term price analysis indicates a huge buying spike since the second crash in June 2022. Just as prices went under $20000, a rising volumetric transaction can be seen with RSI jumping from oversold zones of 20 to peaks of 57. At the same time, when prices were moving with a positive stance, profit booking was back in action to halt the sentiment.

The closing candle of July 20 makes it seem like BTC faced a major dump which is verifiable by the 15K tokens traded on the negative stance, which equals the volume of July 19. Even the MACD indicator is moving with huge strength, signifying a continuous rally to $30,000. There could be some profit booking between $25000 and $30000, but it should be restrained to a narrow zone.

IoTeX Stuck in a Profit Booking Loop; Will IOTX Begin an Uptrend?