Bitcoin is performing in tandem with different digital and financial assets. As global tensions have reached new highs, the fear of investors in different forms of investment is becoming brighter. With different parts of Europe facing an energy crisis, Proof of Work could become obsolete in the coming years. Currently, BTC is the only cryptocurrency with the highest confidence.

Despite losing close to $100 billion in the last week, the long-term outlook isn’t much affected by the varying degrees of price volatility currently witnessed in cryptocurrencies. BTC now has the highest liquidation to the tune of 91% of its total supply. The Bitcoin price gain is expected to create new highs as the momentum leaps.

Bitcoin witnesses a massive profit booking from 100 EMA that breaches the important positive bearing trendline that started mid-July. Breach of this trendline ignited the profit booking fires creating a massive sell-off. Should you also sell your Bitcoin holdings? Find out here in our BTC forecast! 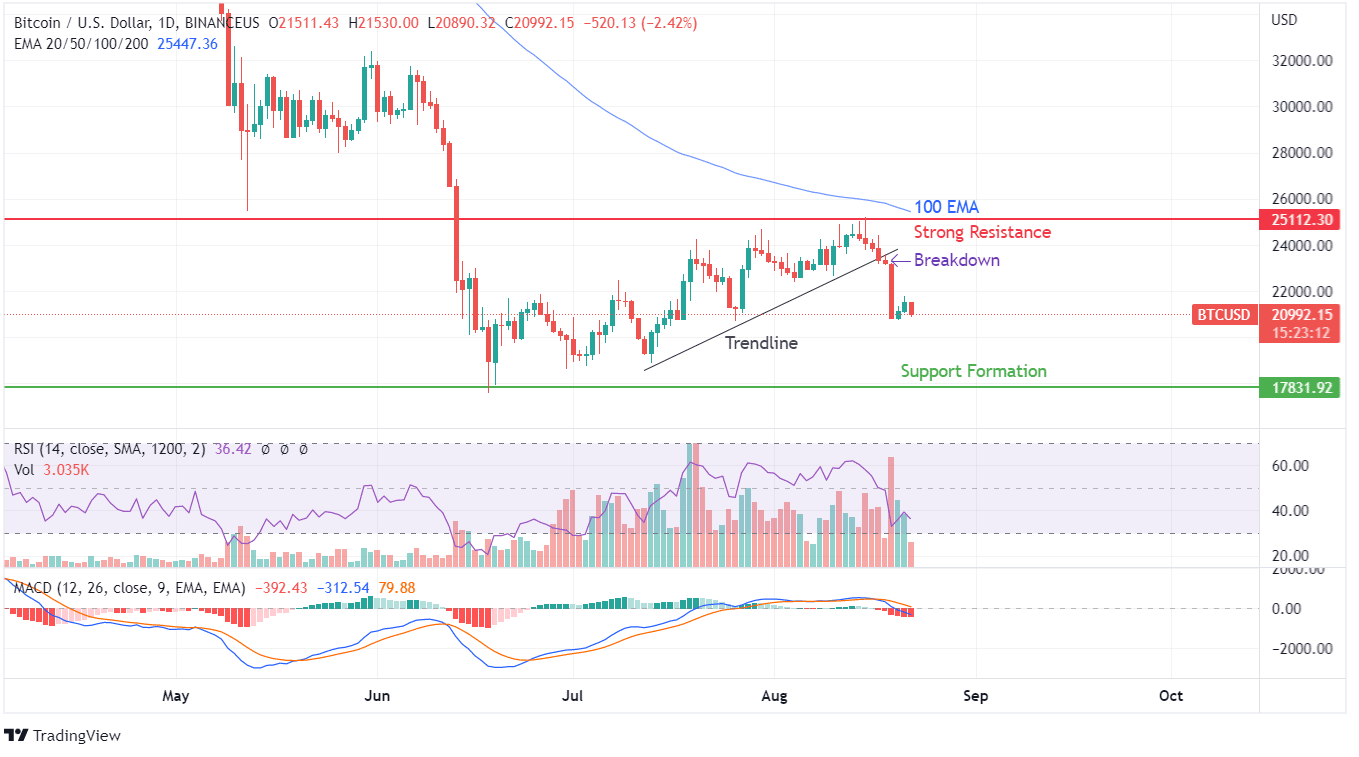 Breaching the immediate support of $22500 has created a BTC dumping scenario, causing a sudden value decline in just a week. This price action is currently testing the support near $20700 that helped BTC gain upside momentum in the last week of July 2022. After the massive double-digit sell-off on August 19, 2022, buyers can be seen rallying to exploit the dropped price value of BTC to add more tokens to their portfolio.

While the latest red candle formation is sort of engulfing the gains made on August 21, 2022, buyers are now attempting to defend the $21000 level on a closing basis. Bitcoin ending its day above $21000 can once again initiate fresh buying, which can provide a scope of consolidation.

BTC’s price drop has affected other leading cryptocurrencies, and this scenario is not a single token factor but rather an industry-wide action. Talking about buying sentiment showcased by the RSI candle, we are witnessing a huge decline in Bitcoin sentiment. MACD fell true to its words, which indicated a potential for profit booking in the current swing as the buying rally was too steep. Currently, MACD has opened a new portal that can prolong the negative tendency of this cryptocurrency. 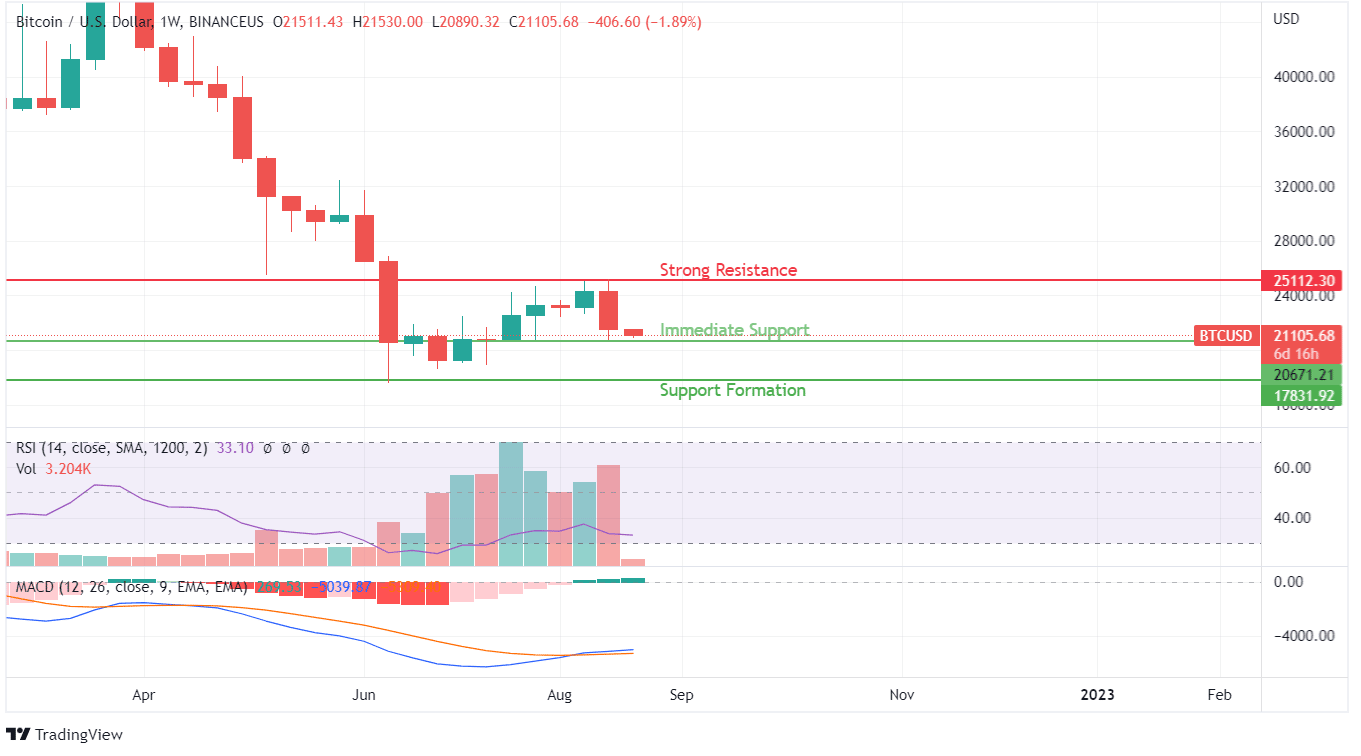 Bitcoin price action on weekly charts indicates the previous buying zones of $21000 to aid in controlling the massive selling pressure that emanated from touching the $25000 mark. RSI has remained in similar zones as witnessed during the June 2022 lows, while the MACD indicator halts the creation of a bearish crossover in this time frame. Such an indication can be disastrous for the price action of BTC. MACD histograms are already showcasing a positive turnaround, and the short-lived positive indication could affect the duration of negative sentiment across BTC.

CoinLoan Rolls Out Special NFTs to Celebrate Its Fifth Anniversary