After a long period of market stability, the industry of cryptocurrency has finally shown signs of volatility, and it is not a good trend in the chart. The long-awaited volatility brings changes in the prices of major cryptocurrencies and digital coins, but it is all going south. 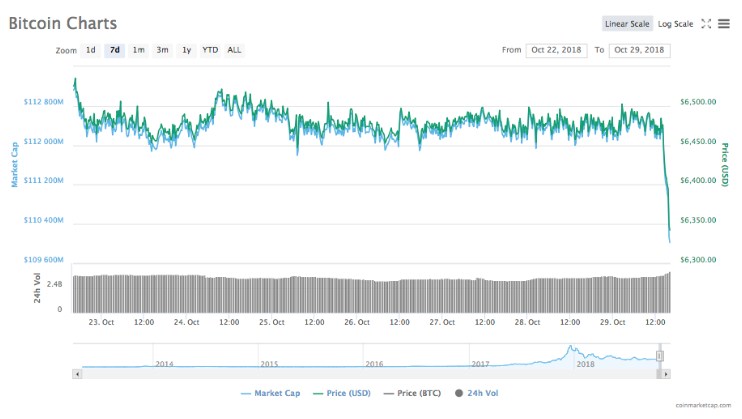 The sudden change in the price threw bitcoin down by more than 2% from its stable market rates ranging from $6300 to $6400. However, charts from Coin360 dated October 29, Monday shows a significant downfall in the market price of bitcoin, which surged as low as $6,211 at one time.

Bitcoin, among other major cryptocurrencies, has shown uncharacteristic stability over the past few weeks so much so, that it was considered to be less volatile than the Wall streets stocks of Netflix and Amazon. But Bitcoin’s run on Monday was on the lower trend of the graph, where it hit rock bottom by hovering at $6,211 for a brief period. 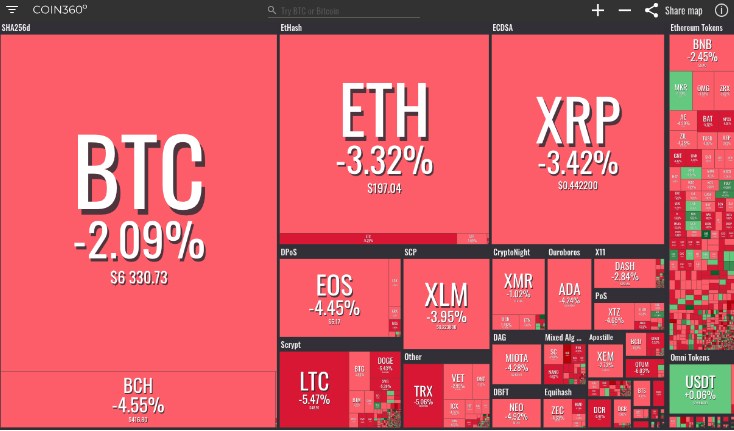 The chart from Coinbase shows that the flagship cryptocurrency was trading at around $6400 earlier on Monday and after 11:15 UTC took a southward plunge and dropped below its volatile mark at $6300 and steadily declined until it reached the $6,211 figure.

It managed to creep back up to $6,319 at the press time after suffering from almost 2 percent loss on the day, and as per Bitcoin prediction, it might face tremendous volatile phase in the near future. 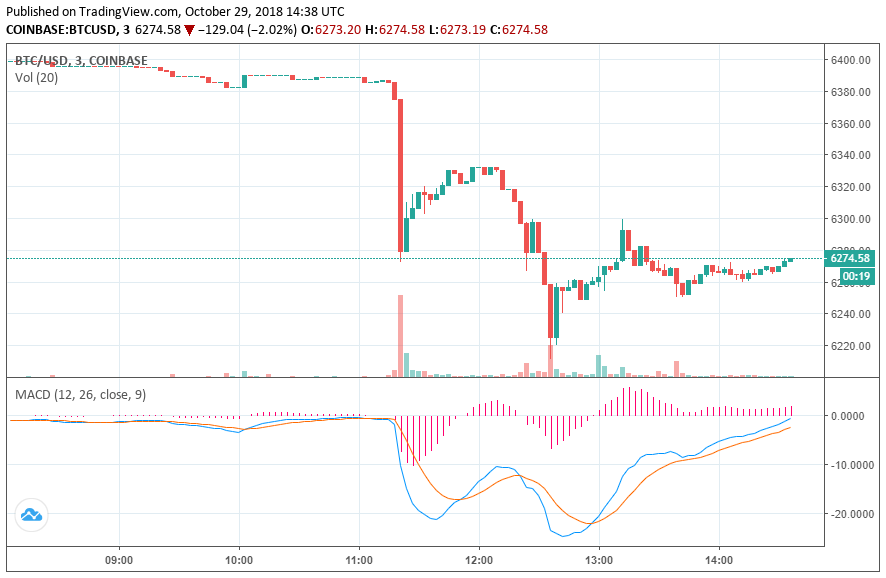 Other cryptocurrencies passed through a similar stable pattern of stability throughout the week. On Monday, Ethereum jolted via negative momentum went down by 3 percent on the day and trade out around $193 as lowest, with $196 at press time.

Ethereum thus passes through a 3.8% loss on weekly analysis and 14.8% on the monthly charts. Other altcoins saw some more fluctuations in the prices, same time as Bitcoin and Ethereum throughout the day. Except for Tether (USDT), all the top ten coins listed on CoinMarketCap saw red.

Tether is surprisingly trading stable once again. The hardest fall of the day was for Litecoin (BCH) which went down by 5.2% on the daily trade chart and price is $49 at press time. The market capital, holding the mark of $210 billion throughout the week, suffered lowest at $203.6 billion at press time.