Bitcoin miners hold some of the BTC tokens to maintain the liquidity in the market, but now the amount of Bitcoin held by mining companies has fallen to a significant low. They have only 1.91 million BTC in their wallets, whereas they used to have more than 2 million.

Many experts think it can be the result of the Ethereum Merge upgrade because many miners are selling their BTC throughout this year, expecting a similar change in consensus in Bitcoin, but the truth is Ethereum already had this planning in their whitepaper, and it is nothing new for the market.

Many market experts also believe that miners are selling their stakes for the short term, but they will buy at a lower price when retail investors confidently buy BTC for long-term holding. It is true that such low reserves were in the news last year during the mining crackdown in China, but it was later bounced back.

The significant impact can be found in the mining companies because they are facing losses. That is why the companies are selling their reserves to compensate for the expenses. For instance, Compute North filed bankruptcy, and Iris Energy sold their equities to generate cash.

Some of the other mining pools also froze withdrawal to maintain the reserve. The last time it was seen was in 2010, when Bitcoin was in the early stage. Later it performed well and provided more than 1000% returns! That’s why many retail investors believe it is the right opportunity to buy BTC. 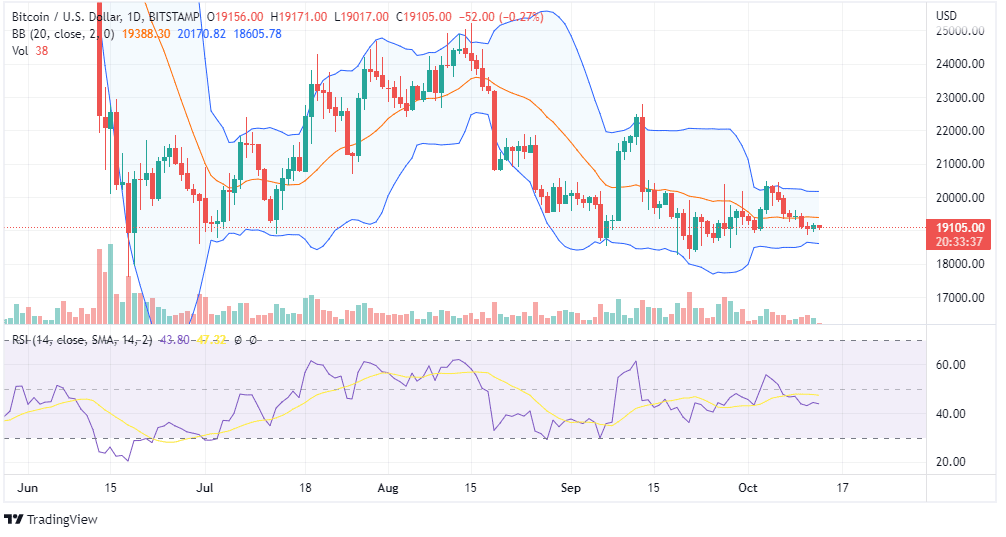 At the time of writing this post, BTC was trading around $19,105, which is around the support level. The daily candlesticks are forming around the baseline of the Bollinger Bands, and RSI is neutral, so we think it is an ideal time to invest in Bitcoin. Click here to know a more detailed analysis to safeguard your invested money. 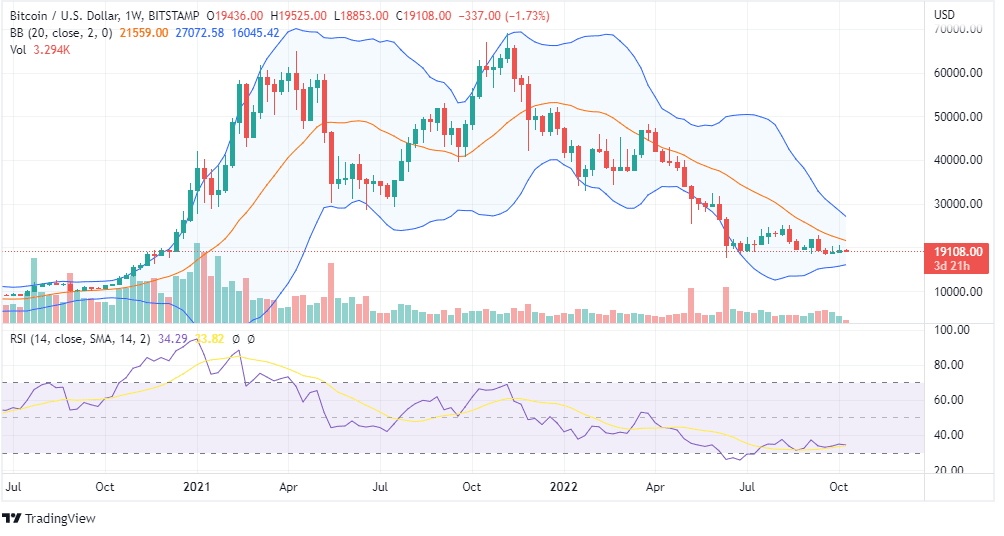 However, on the weekly chart, Bitcoin has been forming lower highs and lower lows that suggest bearishness for the long term. The weekly candles are forming in the lower range of the Bollinger band, but MACD is still bullish.

We do not think it is an ideal time to invest in BTC for the long term, but you can set a short-term target. You should not hold BTC for a long time at the current price because it will form another lower low within a few months. The uncertainty will be there in the market throughout the year.